The World Economic Forum has said that it will take 217 years until women have equal pay and representation in the workplace. It's the second year that the organization has recorded worsening economic inequality. 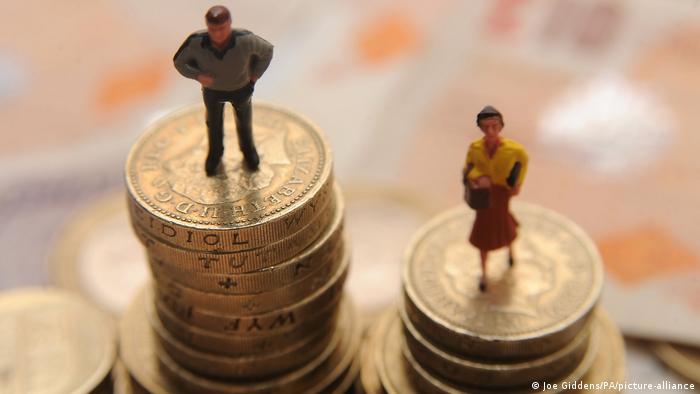 The global pay gap between men and women has widened to its largest figure in nearly a decade, according to a World Economic Forum (WEF) study published on Thursday.

The Swiss nonprofit's annual "Global Gender Gap Report" said it will now take 217 years before women have equal representation in the workplace and earn as much as men.

Last year, WEF said that economic equality would be achieved in 170 years, while in 2015 they said it would take 118 years.

"In 2017 we should not be seeing progress toward gender parity shift into reverse," said Saadia Zahidi, WEF's head of Gender Parity and Human Capital.

"Gender equality is both a moral and economic imperative. Some countries understand this and they are now seeing dividends from the proactive measures they have taken to address their gender gaps," Zahidi said.

The report notes that no country has closed the pay gap, with economic inequalities proving to be some of the most difficult stumbling blocks to equality.

Women fared better in education globally, where equality could be achieved within 13 years. The WEF said that despite low figures in political participation, slow and steady progress in the area means that the gap could be closed in 99 years.

With 88 percent of its gender gap closed, Iceland topped the list for the ninth year in a row, followed by Norway, Finland, Rwanda and Sweden.

Yemen, Pakistan, Syria, Chad and Iran ranked the lowest out of the 144 nations measured in the WEF index.

"Gender parity is also fundamental to whether and how economies and societies thrive," the report said.

The Social Democrats have named Bärbel Bas as the new president of the German parliament, the Bundestag. After the departure of Chancellor Angela Merkel, the country will again see a marked gender imbalance in politics.