Berlin and beyond: Keep working, women

Enlightened as Germany may seem, it clings to an archaic mentality that sees men shin the career ladder while their womenfolk stay down below holding the baby. It's a system with ramifications familiar to Tamsin Walker.

At the beginning of this year, I indulged in the first season of a historical drama about a team of young women at the News of the Week in New York in 1969. Fed up with being relegated to research positions while their male colleagues get the glory, bylines and thicker pay packets, they decide to mount an official inequality complaint.

But just as they're poised to file said complaint, the season ends. And with it, the series, which wasn't recommissioned. Whether Amazon, whose studio head Roy Price quit this week after sexual harassment allegations, felt the viewing public didn't need to witness the on-seen emancipation of women in the newsroom, we'll never know, but there's a touch of irony in the equation.

Almost half a century later, female reporters are no rarity, but that doesn't imply that equality reigns supreme on the labor market. Certainly not here in Germany.

As a mother of five, for whom I have long been both prime carer and breadwinner, I am well-versed in the challenges of scaling the walls of that slippery edifice known as the work-family balance. Throughout years of trial, error and retrial, I have been acutely aware of the constant presence of society at large. The great observer. The presiding judge and mixed-gender jury bound by conventions I cannot and will not understand.

From comments made directly to my children about how awful it must be for them to be collected from school by a babysitter, or remarks to me insisting that the only people my offspring really want to be with are their parents, I have been repeatedly stunned by the frankness of those looking in from the outside, implying that in working to support my family, I am somehow being negligent. 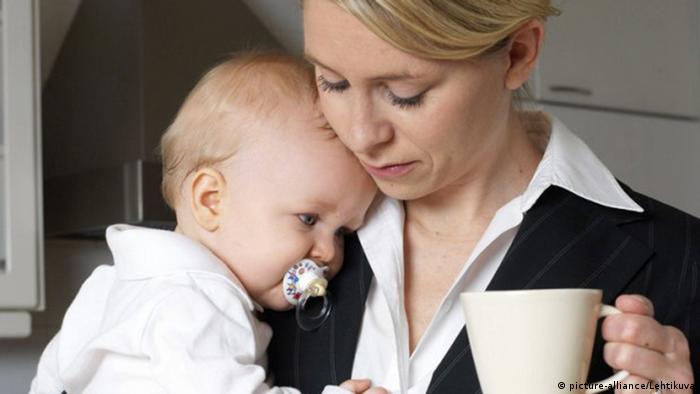 It's an attitude underscored by Organization for Economic Cooperation and Development statistics that reveal mothers in Germany contribute less than 23 percent to family income — less than in any other European OECD county.

That such antiquated family structures persist here is attributed by turns to inadequate childcare facilities, inflexible labor laws and gender pay disparity. Those are all doubtless factors, but I think there's also an element of inherited mentality. 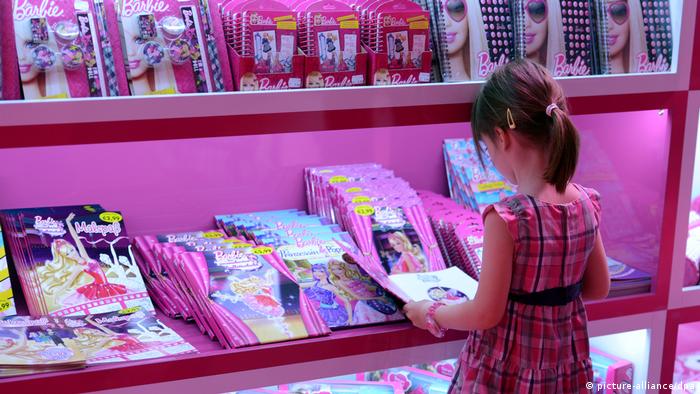 Pink is for girls? Girls are weak? Apparently some still think so.

This week one of my daughters came home telling me about a game her class had played in gym class. The teacher had given the girls team a five-point lead before they had even begun, and when, as the final whistle blew, the boys were faced with the reality that they had scored 25 points to their female opponents' 35, they complained that it had only been possible because of the initial preferential treatment.

Therein lie two tales of poor calculation. One more damning than the other. It's hard to believe the attitude is restricted to one class in one school in one corner of Berlin's former East, where women — incidentally — did go out to work.

More Berlin and beyond:
Into the woods
Hunting for hipsters
Back to school

And that was my own experience growing up. In her early 20s, my mother defied convention and confounded male expectation when she became a lawyer with small children. In so doing, she made a quiet yet definite mark against sexism. Partly, she has told me since, to set me a positive example.

As absurd as it is, even in 2017, I feel a similar need for my daughters to see me work, to use this time we spend living together to show them they can dance out of step with those around them, and thereby, make their contribution to the slow-burning revolt that is women in the workplace.

Women in Germany work 50 percent more than men when caring for relatives is included, but they later get only half the pension. That’s one finding of a gender equality study to be discussed by the cabinet. (21.06.2017)

How Germany is boosting women's careers in culture and the media

It's a fact: Conditions for women working in artistic fields and the media are unfavorable. After a year of roundtable talks, a new plan was revealed by the German culture minister to improve the situation. (18.07.2017)

More and more young people are getting university degrees. However, the OECD's "Education at a Glance" study reveals that when it comes to careers in the sciences, gender equality is still a long way away. (12.09.2017)

The country's poor ranking in the WEF's gender gap index has caused embarrassment and triggered calls for change to support female empowerment.