Berlin and beyond: Into the woods

Why do Germans have such a profound and enduring love affair with their forests? Tamsin Walker ventured into their deep, dark depths to try and understand.

WorldLink: Into the woods

I'll never forget my first walk among German trees. I had just arrived in the country and was a fish out of water. Quite literally. Having previously always lived within relatively easy reach of the sea, my new Bavarian home left me feeling claustrophobically land-locked. Somewhat incongruously, I chose to try and diffuse the mounting sense of unease by venturing into a nearby Wald.

It didn't help. With sounds from outside the wooded enclave kept at bay by the towering spruces within, my every step was amplified to seem abstract and threatening. The very quiet was disquieting. Far from offering a reassuring natural embrace, the trees served to remind me that I was on somebody else's turf. In somebody else's Heimat.

Though now, twenty years on, Germany has come to feel like my home too, I've yet to develop what for many seems to be an inherent love of the country's forests. In my eye, they remain foreboding. Dark strips on the horizon. Which is not to say I don't appreciate their beauty, magnificence and ecological brilliance. I do. From a distance. 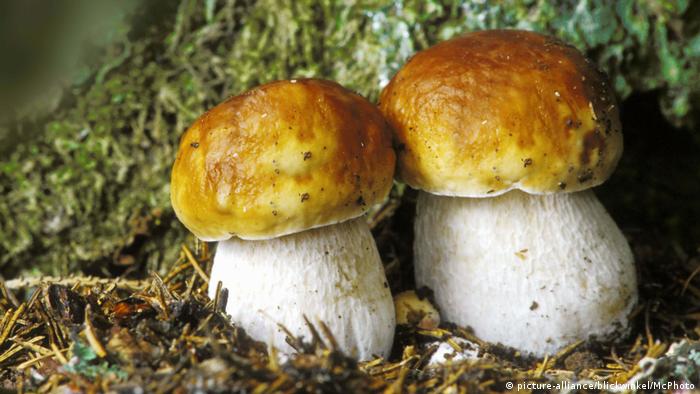 But that means missing out the national autumn pastime of picking their fungal fruits. We're talking porcinis, chanterelles, bay boletes, and all manner of other mushrooms that I'm assured are delicious. So, caution to the wind - and now that I am officially German - I borrowed a library book, gathered up my family and headed down a sandy track into the woods.

It was a beautiful day. Blue skies, sunshine, crops gently blowing in the wind, and ahead of us a curtain of deep green. As soon as we slipped through it into the trees, a familiar shiver rippled down my spine. I felt, as I always do, like I'd been swallowed up into another world.

A world where characters from Grimm's fairy tales lurk behind skinny trees, where paintings by the likes of Casper David Friedrich darken the skies, where the Third Reich is banging the drum for national identity, and where hundreds of thousands of concentration camp prisoners were made to walk on the notorious death marches that characterised the last months of World War II.

In a country where one third of the landmass is given over to forest, it stands to reason that it should be claimed, over time, for myriad uses from which symbolism is born. With that somewhere in mind, and determined to enjoy the woods, I scoured their floor for its promised culinary delights. 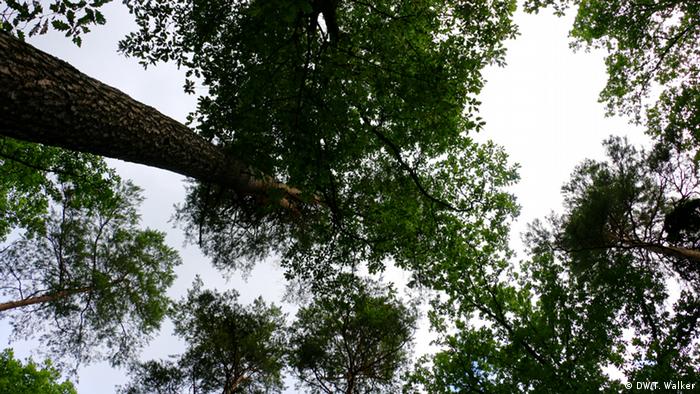 For all their beauty and brilliance, forests have the power to unsettle their visitors

My library book didn't feature any of the mushrooms we saw, and we saw none of those painted on its pages, so our bag remained redundant, but I did I stop and look up through the trees I find so intimidating. Just to see if anything has changed. It hasn't.

I was happy to step back through the foliage curtain, and as we emerged into the long rays of the draining sun, we walked past an open field where hundreds of wild cranes had gathered to soak up the remains of the day. Though not a spectacle I'd ever seen before, it felt instantly more familiar to me than the forest. Even after all these years of calling Germany my home.

WorldLink: Into the woods