Berlin and beyond: Virgin voter

After years of sitting on the sidelines on national polling day, Tamsin Walker makes use of her all new German citizenship to venture into the inner sanctum known as the ballot box.

They say you never forget your first time. And they might be right. After weeks of looking around for the right person, checking their credentials, wondering whether everything would fall into place to make sure it really happened for me and imagining what it would feel like when it did... the big day finally arrived.

Crossing the threshold of the building where I was to become one among millions who had undergone this rite of passage before me, my mood was a mix of excitement and anticipation. Slipping into one of two purpose erected unceremonious wooden booths, I did what I was there to do. I marked my ballot paper. Not once. But twice.

And then went home to listen to a Nobel laureate prophesize with his pen. And his guitar. I think he mentioned something about changing times.

More Berlin and Beyond

No kidding, Bob. Not eight hours later, the polls had closed and the sun was poised to set on a country that had used its turn at the ballot box to give the Alternative for Germany (AfD) 94 seats in the Bundestag, and thereby usher a far-right populist party into the country's parliamentary fold for the first time in more than half a century.

As I cycled to work on the morning after a restless night before, politicians' likenesses bore down at me from their lamppost mountings. They already looked so yesterday, the color seeming to have drained out of some of their faces along with their hopes of appealing to the masses. 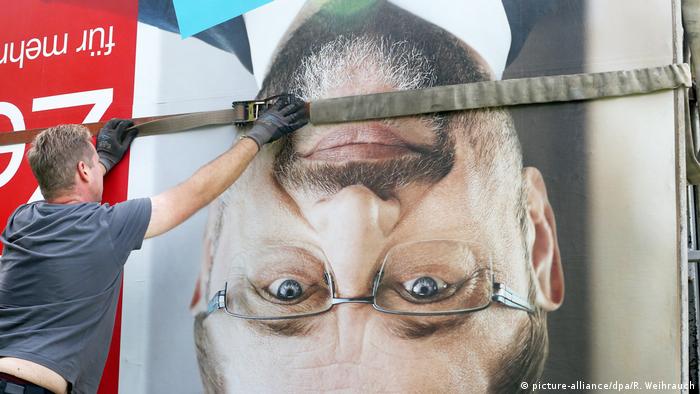 Packing up on the day after

The poster that most caught my eye was the one I had previously done such a good job of ignoring. But in the dismal light of that post-ballot day, the AfD's campaign appeal for Germans to dare to vote for them was omnipresent. Because more than 12 percent of the population had heeded the call.

Throughout my bike ride, I scrutinized everyone I passed, wondering if they had contributed to the rise of a movement with anti-immigration rhetoric and sentiment at its core. Later, I zoomed into the interactive map of Berlin that reveals the predominant political proclivities of entire streets.

More Berlin and Beyond

Mine, I was happy to note, was not marked in the blue that would make it an AfD hotbed. But that doesn't alter the fact they exist elsewhere, and that Germany is consequently facing a different tomorrow. 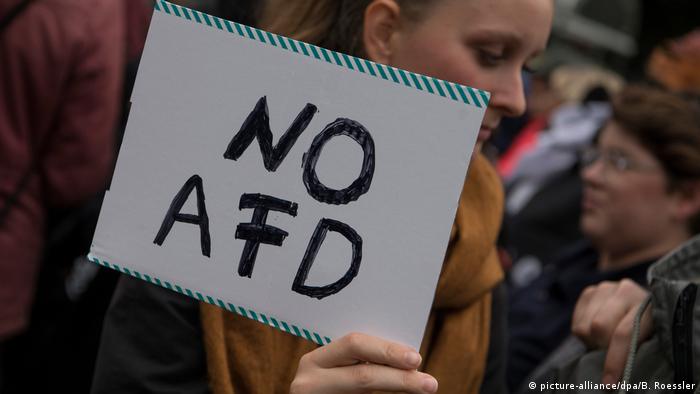 Too many peeople disagreed

A tomorrow that has already elicited demonstrations, recriminations, warnings that this - of all countries - must remain ever mindful of its past, questions about the how and what of a new coalition and promises from the AfD to make Angela Merkel play cat to its dog.

What has also been laid bare is that Germany's main parties are as out of touch with the population, as they are with themselves. And that they have a lot of rethinking and reaching out to do if they're to steer the country back off the course onto which it has now stumbled. A course that runs counter to the very ideals of an open and pluralistic society.

And so I'm quite certain I will remember this particular first. Not only because it was my virgin vote as a new German citizen, but because I cast it in what has already been dubbed a historic election.