How Germany is boosting women′s careers in culture and the media | Culture | Arts, music and lifestyle reporting from Germany | DW | 18.07.2017

How Germany is boosting women's careers in culture and the media

It's a fact: Conditions for women working in artistic fields and the media are unfavorable. After a year of roundtable talks, a new plan was revealed by the German culture minister to improve the situation. 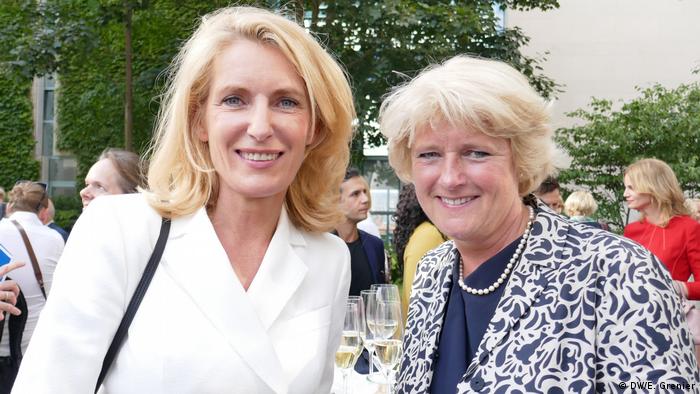 Two years ago, when Canadian Prime Minister Justin Trudeau introduced his ministerial team - for the first time in the country's history equally balanced between men and women - he was asked by a reporter why gender parity in his cabinet was so important to him. He simply replied, "Because it's 2015."

His retort grabbed the world's attention - and has now inspired the motto of a new initiative for gender equality in culture and media in Germany, "Weil es 2017 ist!" (Because it's 2017).

Even though most would agree that gender equity is long overdue, the facts depict a different reality. A study analyzing the situation of women in cultural fields, released in 2016, demonstrated that female artists and cultural institution professionals were strongly disadvantaged on several levels.

For example, only a third of all German museums and 22 percent of the country's theaters are directed by women. Even though over 50 percent of art students are female, less than 20 percent of them are on show in galleries. Women working in cultural fields earn on average 24 percent less than their male colleagues, according to data comparing people covered by Germany's special insurance for artists, known as the Künstlersozialversicherung. 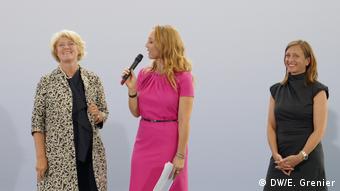 In reaction to this study, German Culture Minister Monika Grütters decided in June last year to set up a roundtable called "Women in Culture and Media" to discuss possible solutions.

After a series of four meetings with professionals from different artistic fields - visual arts, music, literature, performing arts, film and media - Grütters held a reception at the Chancellor's Office on Monday evening to reveal measures that will "put the results of the roundtable into practice," she said.

"What women in cultural fields need are better career opportunities, a stronger participation in panels and juries, equal pay and a better reconciliation of work and family," she added.

The most concrete initiative she announced towards achieving these goals is a new office for projects promoting gender equality. It will open on August 1 at the Deutscher Kulturrat (German Cultural Council), the head organization of cultural associations in Germany.

The new office will set up a database listing artists and female leaders of cultural institutions. It aims to encourage festival and event organizers to set up gender-balanced juries and panels. 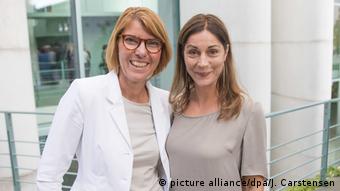 If a film jury is made up of 28 men and two women, there is obviously a problem, pointed out Grütters - yet this was the case of a jury in which Christine Berg, chief film operator of the German Federal Film Board, recently participated.

The argument that prominent female experts can't be found for discussions and talk shows shouldn't serve as an excuse either. Television presenter and producer Bettina Böttinger has made a point of inviting as many women as men to her shows for decades. "Television is a reflection of society," she told DW. "Twenty years ago the imbalance was particularly striking. Today, it's still not the norm in talk shows; they are often male-dominated."

Award-winning actress Maria Furtwängler, best known in Germany for her role as the Hanover-based "Tatort" detective, also views this imbalance as a problem: "Women are half as visible in public media, in films; they are made even more invisible when they become older. This is a subtle form of discrimination that appalls me," she told DW.

The new database will also promote scholarships and mentoring programs. This was a major concern at the roundtable, according to Ilona Schmiel, director of the Tonhalle Zürich, the renowned Swiss concert hall, who participated in the roundtable discussions: "We wanted to determine a way to identify women we should support as mentors and develop special programs for them," she told DW. 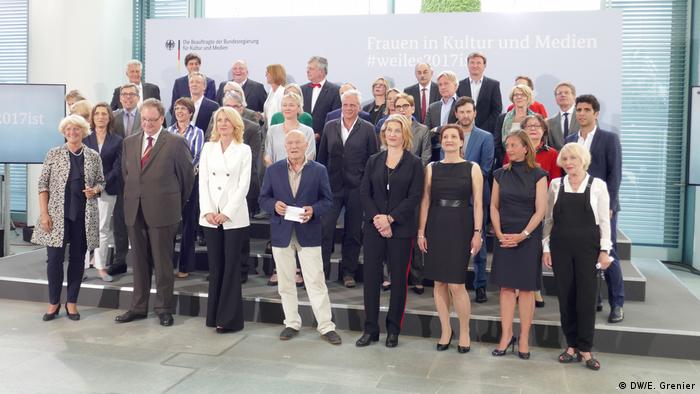 Prominent cultural leaders expressed how they are committed to supporting women

The government will also rely on the new database to determine the country's progress and decide on its policies. "We can only make progress when we name our shortcomings clearly and underpin them with hard facts," Grütters said at the presentation.

After her presentation, the German culture minister invited 37 prominent media and culture representatives to the stage - 20 women and 17 men - to say a few words about what they are personally doing to improve the situation.

Among the most concrete pledges, Berlin museum Martin-Gropius-Bau director Gereon Sievernich announced that he will be pushing for more exhibitions featuring female artists; as of October, the German Music Council will also be launching a new plan for gender equity, declared Christian Höppner, general secretary.

"I'm happy that such initiatives can create waves; more and more people are referring to the plan. Men and women are committing themselves publicly to improve something in their area of responsibility," Grütters told DW after the presentation.

One of her favorite quotes throughout the roundtable is from German author Kurt Tucholsky: "There is no success without women." He wrote that in 1931. Now, because it's already 2017, it's about time women were also publicly given credit for their work.

German media are to be given more leeway for joint business ventures under law changes adopted by cabinet. It has until December to implement a wider 2014 EU directive that foresees fines if firms undermine fair trade. (28.09.2016)

Can German film get a foot in Hollywood's door?

Hollywood remains an elusive dream for many Germans who work in the film industry. Can government grants and marketing change the image of German cinema in the US? (01.03.2016)

For over 30 years, the Guerrilla Girls have been fighting for the rights of women and artists of color in the art world, using plenty of humor. Here are some of their most memorable campaigns. (08.03.2017)

The singer's family said she passed away peacefully at her Tennessee ranch. Lynn is remembered for hits including "Coal Miner's Daughter" and "The Pill."

A year after the Taliban took power in Afghanistan, the future of cinema might have seemed over. But some brave female filmmakers are fighting to have their stories told on screen.