Germany is planning to strictly regulate the international sale of art and artifacts deemed of significant cultural value. Culture Minister Monika Grütters supports the draft, despite criticism from the art world. 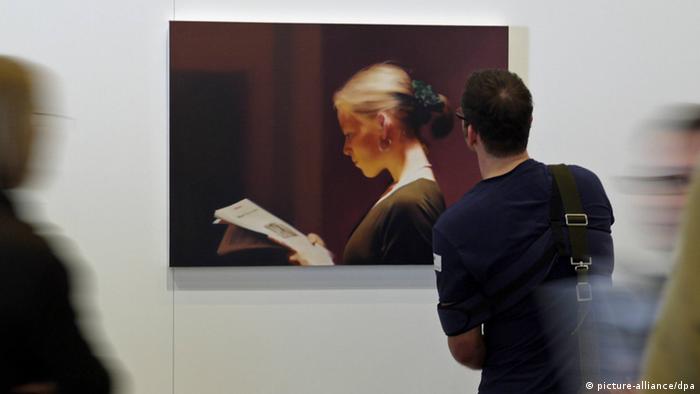 "No one has the right to tell me what I do with my images," painter Gerhard Richter told the "Dresdener Morgenpost" newspaper matter-of-factly on Tuesday (14.07.2015), in response to the draft legislation. But if Monika Grütters gets her way, the German state may indeed be able to do just that.

Speaking in Berlin on Wednesday, Grütters has rejected nationwide criticism of the draft Cultural Property Protection Act, saying, "Protection is not, in my eyes, expropriation."

Grütters said that Germany must clearly define the concept of "national cultural property," away from the discretion of individual committees, adding that the intention of the proposed law was in response to demands for better copyright protection from the German cultural sector.

The proposed legislation aims to scrutinize the sale of any artworks or artifacts valued at more than 150,000 euro ($164,000) and older the 50 years, intending to both stem the flow of the illegal sale of antiques and keep works in Germany which are considered "national treasures." While many in the art world agree the sale of illegal antiques needs to be better regulated - specifically in the wake of Islamic State's plundering of historic sites across the Middle East - they also insist the collateral impact on the wider German art market will be detrimental.

As the world's most expensive living artist, Richter is the most prominent critic of the proposal. In February this year he set a new record on the international market with the sale of his work "Abstraktes Bild" in London, which sold for 41 million euro ($45 million).

Under the proposed Cultural Property Protection Act, works by Richter - and other German and international artworks - deemed "national treasures," currently in Germany and fitting the specific criteria, may face an international sales embargo, effectively barricading them in the country and hence significantly diminishing their value.

Grütters, however, pointed out that the bulk of international art sales today are contemporary works and hence "effectively excluded from the new rules."

Richter's criticism follows German artist Georg Baselitz' announcement on Monday that he plans to remove his works from German museums, in response to the proposed legislation.

Similarly, the heir to Max Beckmann's estate announced they, too, will withdraw the loan of the artist's works to the Leipzig Museum of Fine Arts, fearing their "detention" in Germany should the proposal come into law.

Collectors are also nervous, with Berlin attorney and art authority Peter Raue telling DW that the law could effectively mean the state can seize control of a private collection. "There is no law yet. But if the law comes, then I will advise all these collectors to send their works abroad," he warned, adding, "It will be a bloodletting for the museums and the art scene."

However, Grütters has moved to allay anxieties, saying "many fears will prove groundless" and stressing that the draft law is a work in progress, and will be distributed to umbrella arts organizations for comment before it is put to federal cabinet.

The minister has also proposed the 2014 EU convention on the protection of cultural heritage should be better integrated into German law, subsequent to parliamentary approval.