Who were the pioneers of Germany′s women′s movement? | Culture | Arts, music and lifestyle reporting from Germany | DW | 08.03.2018

Who were the pioneers of Germany's women's movement?

Although Germany's women rights activists weren't as radical as their sisters in Britain, they started their struggle for equal rights very early, and they persevered.

Women across Europe started to fight for equal rights towards the end of the 18th century. Already back then, they participated in revolutionary actions, especially in France after the French Revolution of 1789 had paved the way for human rights, participation and gender equality. It took half a century until the feminist spirit finally reached Germany as well.

In 1843, an outspoken woman called Louise Otto-Peters, aged 24, started pushing the idea that the participation of women in public matters "wasn't a right, but a duty." The young woman had started fending for herself as a teenager, after the death of her parents. Her inheritance allowed her to become a writer. She published poems, essays and socially critical novels. She also wrote news articles under the male pseudonym Otto Stern.

The Saxon government tried to muzzle her. But Otto-Peters refused to be intimidated by these attempts. In 1865, she founded an association called Leipziger Frauenbildungsverein (Leipzig's women's education association). 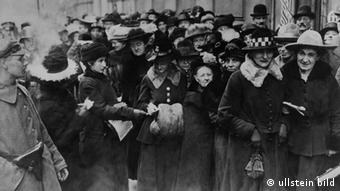 Women voting for the first time in Germany in 1919

That same year, an important women's conference was held in Leipzig — derided by newspapers as "Leipzig's women's battle." But the 120 participants of the conference couldn't care less. They went on to create the Allgemeiner Deutscher Frauenverein (General German Women's Association). Louise Otto-Peters was head of the association for almost 30 years. Numerous women's organisations were then founded all across Germany.

The woman who fought for girls' education

The top priority was education for women and girls. While schooling was considered the most normal thing in the world for boys, the daughters of poor families had to work, while the daughters of bourgeois circles were prepared for their role as wives and mothers. Only few girls were able to read and write.

Teacher Helene Lange set out to change this by sending a petition to the Prussian minister of education. Lange demanded more education for girls, more influence of female teachers on the education of girls, as well as better training for female teachers. The struggle of these women activists took a long time. But finally, women came to be admitted to German universities in 1899/1900, and the education of girls was declared a government priority in 1908. 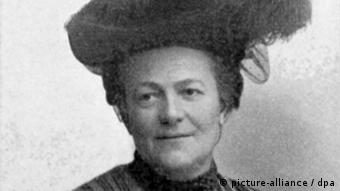 Attending the seminar for women teachers in Leipzig at a young age, Clara Eissner committed herself to the objectives of the Women's Association. She lived together with a Russian called Ossip Zetkin, adopted his name, and had two sons with him — out of wedlock, which was a huge scandal back then.

As a teacher, Clara Zetkin became a member of the Socialist Workers' Party, the forerunner of the Social Democratic Party, where she fought for equal professional and social rights for women. She also founded the women's magazine "Die Gleichheit" (Equality).

Zetkin was a representative of the proletarian women's movement. In contrast to the bourgeois women's movement, she rather focused on obtaining more rights for female workers.

In 1910, Zetkin initiated the International Women's Day as a day of struggle for equality, democracy, peace and socialism. In 1911, the day took place for the first time under the slogan "Suffrage for women!" 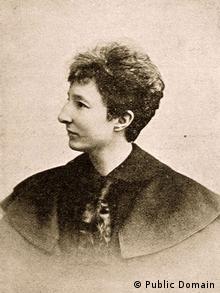 Anita Augspurg and her partner Lida Gustava Heymann also played an important role in the struggle for women's suffrage in Germany. In 1902, they founded the Verein für Frauenstimmrecht (Association for women's suffrage). Augspurg and Heymann were less pacifist than their companions. They wanted to achieve their goals with rather brutal means, following the example of England's suffragettes, who had asserted themselves by means of hunger strikes, vandalism and huge demonstrations.

Augspurg studied law in Switzerland as that wasn't possible yet in Germany in the late 19th century. After obtaining a doctorate, she fought for reforms in Germany's parliament.

Germany's feminists cooperated with women's movements in other countries, especially the suffragette movement in England.

While women in the Netherlands and Nordic countries had already obtained the right to vote, women in Germany, Austria, Poland and England had to fight for this right until 1918. Women in different other countries would have to wait several more years for that to happen.

On November 30,1918, roughly three weeks after the end of World War I, the new German government declared that all men and women who were at least 20 years old were entitled to vote in equal, secret, direct and general elections. The new law was put into practice in January 1919.

Women have been fighting for equal rights in Germany for over 170 years. Despite their extraordinary achievements, the #MeToo movement also shows that much still has to be done. (08.03.2018)

What Else Episode 10: Women's rights