Women getting ripped off: In Germany, pink razors cost more | Business| Economy and finance news from a German perspective | DW | 20.12.2017

Women getting ripped off: In Germany, pink razors cost more

A new study shows that women often pay more for goods and services than men in Europe's biggest economy. Though unofficial, the "pink tax" has worked its way into many different parts of daily life. 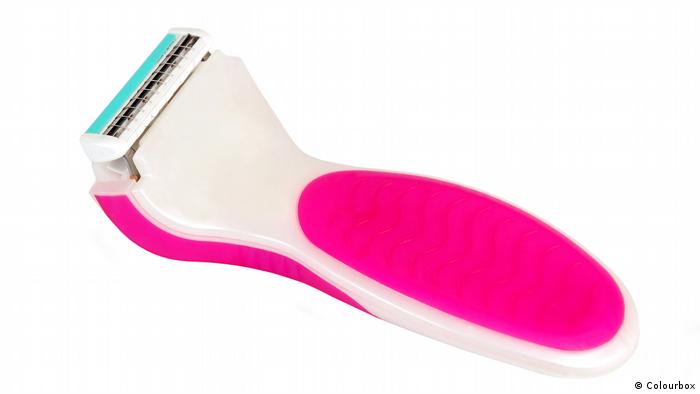 From razor blades and haircuts to girls' toys, women regularly pay more for items and especially services that are nearly identical to those for men but marketed differently, a German watchdog announced Tuesday.

In the country's largest such study to date, the federal anti-discrimination agency (ADS) singled out hairdressers and dry cleaners as the worst offenders. Overall the researchers found that the price gap was found in less than 4 percent of all products, but 50 percent of gender-specific consumer services.

Christine Lüders, the head of Germany's federal anti-discrimination agency, nonetheless reiterated that "if a person is charged more purely based on their gender, then in principle this violates the law against discrimination."

Pink is the new gold

The agency compared the prices of nearly 1,700 products that targeted a specific gender — often simply by using the colors pink or blue — but were otherwise very similar.

Among the examples of the so-called "pink tax" was a pink pack of four razor blade refills sold by the discount supermarket chain Aldi for €4.49 ($5.30), while the blue "for men" version cost €3.89.

On the Toys 'R' Us website, a Disney space hopper branded with the princesses from "Frozen" carried a price tag of €8.99, compared to €7.98 for the "Cars" version aimed at boys.

This latest study is likely to leave women seeing red in a country where they already earn on average about a fifth less than their male co-workers, which is well above the EU average of around 16 percent less.

Service providers fared worse than goods, with women "paying significantly more than men" to have their clothes dry-cleaned or their hair done. The study found that around 89 percent of hairdressers and 32 percent of launderers inflated costs for women for similarly labor-intensive tasks.

Dry-cleaning a women's blouse cost on average €1.80 more than the cost for cleaning a men's shirt.

And a woman with short hair paid on average €12.50 more for a haircut than a man, even if the same amount of time and effort went into the job. Lüders pointed to the example set by Austria, where hairdressers have already switched to gender-neutral pricing.

In the end, the ADS hopes to make consumers more aware of the discrepancies and called for closer monitoring of arbitrary gender price mark-ups in the future.