She has spent her life fighting for women's equal rights, writing and publishing the magazine "Emma." A look at the life of Alice Schwarzer, Germany's best known — and most controversial — feminist, as she turns 75.

"The engine driving everything I do is fairness. Anything else would have, for me, been a misuse of my life."

Taken from Alice Schwarzer's autobiography, "Lebenslauf" ("Curriculum Vitae"), published in 2011, that sentence could be viewed as something of a life motto for a woman who changed German society. Schwarzer writes further of herself, saying, "I am not a person who prefers to focus on myself, hunched over my sensitive predilections. I find the world much too exciting for that." 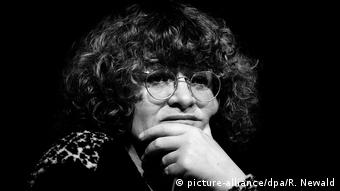 The worst insult at home: parochialism

It could be that Schwarzer's rebellious nature was already predetermined before she even hit the cradle. She was born out of wedlock on December 3, 1942. That normally would have been a scandal for the time, but it was overlooked at the height of a war that gave people other, more pressing worries.

She was raised in Wuppertal by her grandparents, whom she referred to as Mom and Dad. Classic gender roles were turned on their heads, Schwarzer later said. Her grandmother was politically active and thus, little Alice was often looked after by her grandfather. The worst insult at home, she wrote in her biography, was "How parochial!"

Alice was self-reliant at an early age and spoke her mind, even as a young woman. She undertook sales training and then lit out for her dream city, Paris, where she learned French.

Upon her return to Germany, she was certain that she wanted to be a journalist and she began an apprenticeship at the local Dusseldorf newspaper, which sent her back to Paris as a correspondent.

There, she rubbed elbows with Simone de Beauvoir and found herself immersed in a brewing women's rights movement. "Yet while the rest of the western world saw women pushing past the barriers they faced, in Germany young women remained quiet," she later wrote in Emma, the magazine she founded.

That was something that Schwarzer wanted to change. She took a cue from the left-liberal weekly, Le Nouvel Observateur, which saw women including Simone de Beauvoir, actress Catherine Deneuve and Jeanne Moreau as well as director Agnès Varda, publicize their abortions. Alice Schwarzer convinced the German magazine Stern to do something similar in Germany, taking stance against the law prohibiting abortion, Paragraph 218.

The June 6, 1971, edition of Stern featured 374 women who had had abortions, both unknown women and celebrities, including the illustrious actresses Romy Schneider and Senta Berger. 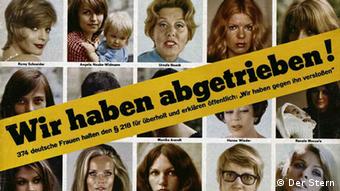 The Stern cover from 1971 that reads "We had an abortion"

The German nation was in shock. Abortion was still a taboo subject. Alice Schwarzer became the figurehead of the burgeoning women's emancipation movement. She was one of the main initiators of the demonstration on March 9, 1974, against Paragraph 218, which saw hundreds of thousands of women take to the streets from Kiel to Konstanz.

That was not the only law Schwarzer found to be without merit at the end of the 1970s. At the time, a woman who entered into marriage was legally required "to manage the household," and could not "neglect her familial responsibilities." A husband could forbid his wife from working and in major cities, every fifth man did —  something Schwarzer railed against.

She was equally appalled by the law stating that a wife who divorces her husband, even in cases of abuse or infidelity on his part, would be herself considered guilty of "malicious abandonment" and therefore would receive no alimony.

In her activism, she has fought for equal pay for equal work and against rape in marriage, speaking out against the CDU parliamentarian Wolfgang von Stetten who publicly exclaimed that, "A part of marital life means also overcoming a partner's lack of desire. That does not mean a husband has committed a crime — some men are simply rougher." 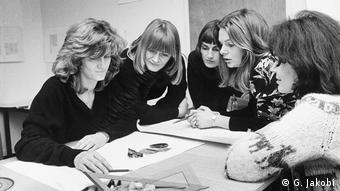 Inside Emma editorial offices in 1977

With her name on everyone's lips, in 1977, Schwarzer founded the magazine Emma, which offered opposition to the disparaging cover images many women's titles presented, as well as pornography.

She founded a feminist archive, made the rounds on the talk-show circuit and even had her own talk-show for a spell. She also wrote books, including the 1975 German-language only book, "Der kleine Unterschied und seine großen Folgen" ("The little difference and its great consequences").

The book took up the subject of love and sex in the life of a woman and Schwarzer did not hold back: She put voice to things that had previously been kept in silence due to feelings of shame. And suddenly, women, even those who had not considered themselves feminists, were talking about topics like female frigidity and orgasms.

Too radical for some

While leading the feminist charge, Alice Schwarzer got many women to follow her lead. Yet she has also proven divisive — and it's not just men who have cursed her as a man-hater. For many of her contemporaries, she is simply too radical. 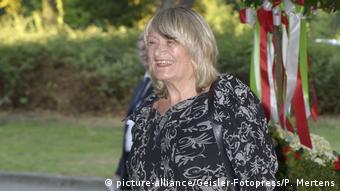 Even at 75, Schwarzer continues her work

Author Esther Vilar published her book, "The Manipulated Man" in 1971; its provocative thesis — that women exploit men shamelessly and lead a comfortable existence at their expense — had tongues wagging. The ideas were exactly to the taste of many men who felt the demands of feminists had gone too far.

When Schwarzer, Germany's most prominent feminist, was invited to a talk show with Vilar to counter the arguments, she grew enraged and attacked the author sharply. In doing so, she turned half the country against her.

Alice Schwarzer doesn't care much about what others think of her, even today.

She has accomplished a lot over the years and won herself a spot in Germany's women's history. Her merits are not diminished even as she and her fellow activists revealed decades after the "I had an abortion" campaign that they had not actually had one themselves — that the action was pure political provocation.

Yet times have changed. Her calling card, the magazine Emma has gone from a high of 200,000 readers to less than 40,000 today. That isn't just a sign of the death of print media: Schwarzer is just not embraced by the younger generation of feminists today, who see her as something of an ossifying matriarch.

She has done quite a bit for women, said author Charlotte Roche, who also said it may be time to leave well enough alone. Historian Miriam Gebhardt wrote in her 2012 book, "Alice im Niemandsland" ("Alice in No Man's Land"), that Schwarzer is firmly set in her ideologies and continues to spread the same "truths." 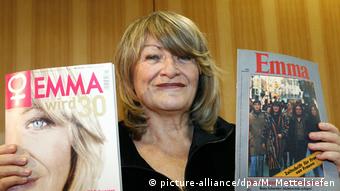 Letting go is not her forte

In 2008, Alice Schwarzer wanted to hand over the Emma reins to a new editor-in-chief, but after just a few weeks, her successor, Lisa Ortgies, fled. She was not the right person for the job, said Schwarzer. Perhaps that had something to do with the authoritarian management style that many previous employees have accused Schwarzer of.

Someone like her can handle it, however. In 1996, she received Germany's highest honor, the Federal Cross of Merit, one of just many recognitions she has received over her life. Her sharp tongue and careful choice of words has continued to keep her on the talk-show circuit — for example, following the sexual assaults on women at the Cologne train station on New Year's Eve 2015.

In that sense, as she turns 75, it fits that her life motto has been formulated as such: "I will think, write and negotiate as long as I live."

One of Germany's leading feminists, Alice Schwarzer, has admitted that she held a Swiss bank account since the 1980s. The confession followed a report in Spiegel, which Schwarzer called "character assassination." (02.02.2014)

After Cologne: no more "false tolerance"