German right-wing extremists are receiving paramilitary training in St. Petersburg, Russia, according to a new report by news magazine Focus. Who is running the training, and what do we know about the participants? 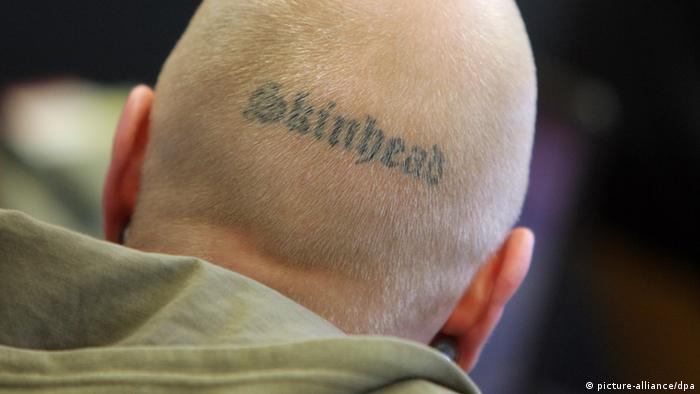 What kind of camp did right-wing extremists reportedly visit in Russia?

Participating in paramilitary training is legal in Russia. Such training takes place under the protective umbrella of DOSAAF (Volunteer Society for Cooperation with the Army, Aviation, and Navy), an organization whose founding dates back to the days of the Soviet Union. The actual training, in which Germans reportedly participated, is provided by a club appearing under two different names: "Rezerv" or "Partizan." It takes place at a military facility on the outskirts of St. Petersburg. Until 2018, "Partizan" and its members were listed on the website of St. Petersburg's municipal office as a vigilante group in the Vyborg district. "That was prior to my taking office," a district representative told DW when asked about the matter.

Talking to local journalists in 2017, one of the organizers of the paramilitary camp confirmed that the center also provided paramilitary training for foreigners, "including Germans." Today, the center advertises both offline and online courses, including classes on handling weapons and on "military topography" — in June 2020 alone, it offers six different classes, bookable via the Russian social network Vkontakte.

Russia in the past has served as a meeting point for right-wing populists and radicals from around Europe. In 2015, St. Petersburg hosted the "International Russian Conservative Forum." Participants included the former chairman of the German extreme-right National Democratic Party (NPD), Udo Voigt, as well as representatives from Italy's extreme-right Forza Nuova party, Greece's neo-fascist Golden Dawn party and Italy's far-right League (Lega) party.

In 2017, just prior to presidential elections in France, Marine Le Pen — then the leader of French far-right party National Front, which was renamed Rassemblement National in 2018 — visited Russian President Vladimir Putin in Moscow. Le Pen advocated closer ties with Russia and criticized European Union sanctions against the country. The National Front also received a €9 million ($10.2 million) loan from a Russian bank. 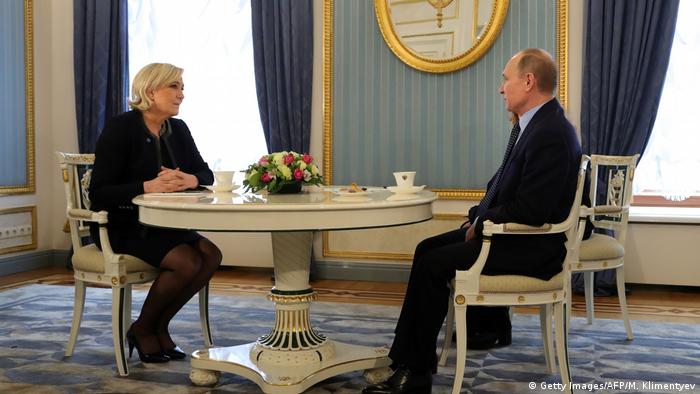 Representatives of the far-right Alternative for Germany (AfD) paty, led by then-chairperson Frauke Petry, also visited Moscow in 2017. The delegation met both lawmakers from the ruling United Russia party and representatives from the Liberal Democratic Party of Russia, led by right-wing populist Vladimir Zhirinovsky.

Who conducts the paramilitary training?

The training center and club organizers have very close ties to Russia's Christian Orthodox extremists. The chairman of the club and founder of the training center is reportedly Denis Gariev, who is also one of the key figures behind the Russian Imperial Movement, or RIM, which was designated as a terrorist organization by the United States government in April 2020.

By its own account, the Russian Imperial Movement is a monarchist, "orthodox-patriotic," "right-wing conservative" organization fighting for "white supremacy." RIM is not considered a terrorist group in Russia. However, the country's Ministry of Justice categorized the organization's website, as well as a number of its online articles, as extremist.

While the RIM website is now temporarily inaccessible, their social media channels on Telegram and Vkontakte are still in operation. Statements posted there make plain that the movement explicitly shares racist views. Worldwide protests in the wake of the killing of black American George Floyd under the Black Lives Matter slogan are referred to as "hell," with protesters "worshipping a black idol." The spreading of the coronavirus is labeled "the so-called pandemic" and portrayed as an international conspiracy. The group also claims Russia's salvation will be the "rebirth" of the Christian Orthodox monarchy, which, if necessary, has to be reinstated by force, "because an Orthodox Christian is always a fighter, too."

What is known about the right-wing extremist participants?

According to Focus magazine, some of the men are members of the Young Nationalists, the youth wing of the NPD, Germany's oldest right-wing extremist party. As the youth wing only counts 280 members, it remains politically insignificant, although its participants are rather active when it comes to public action. The group has run would-be environmental protection campaigns, for example, in an attempt to win over young supporters. 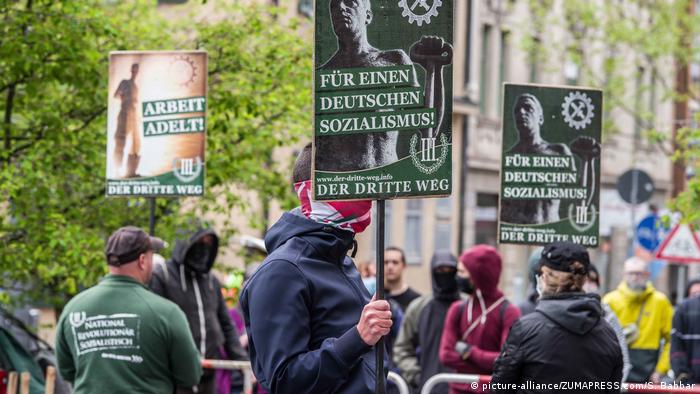 Other participants in the paramilitary training in Russia are reportedly members of The Third Way, one of the most radical political parties in Germany. According to the Germany's domestic intelligence agency, the BfV, the party promotes a nationalist and racist ideology influenced by Nazism, and it rejects democracy. The Third Way was founded by members of a right-wing extremist association from southern Germany just as it was about to be banned by lawmakers — in Germany, the hurdles for banning a political party are much higher than those for banning a club or association.

How have German officials responded?

The German Government has remained tight-lipped thus far. A spokesman for the Interior Ministry said that it was familiar with the issue but that there was no specific information about individuals suspected of receiving training at the paramilitary camp. Right-wing extremists conducting target practice and paramilitary sports exercises abroad continue to be a concern for German government officials.

In 2019, the German government stated in response to an inquiry by the Left Party that, for many years, German neo-Nazis had been seeking close cooperation with right-wing extremists abroad. Time and again, target practice sessions were publicized on social media. Due to the extremists' penchant for weaponry, authorities say they have remained in contact with the intelligence services of the countries involved.