With the COVID-19 crisis sparking uncertainty, conspiracy theories are booming in Germany. Right-wing activists in particular are trying to stir up hatred against politicians and the democratic system, a new study warns. 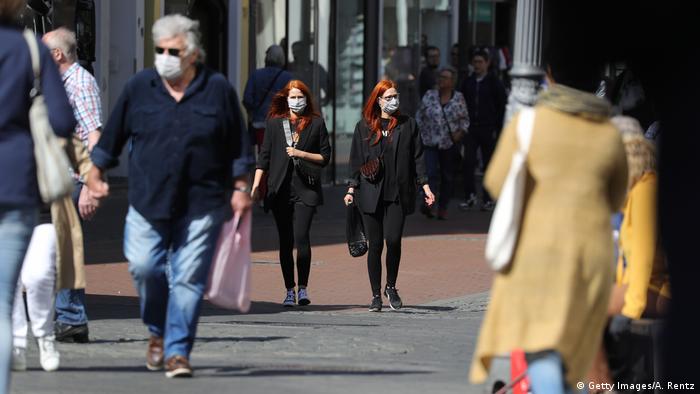 The rumor starts with a true news story: Angela Merkel is gone.

On March 22, the German chancellor disappeared from public view. Her spokesman officially announced the move, saying: Angela Merkel must quarantine for 14 days as a precaution after her doctor became infected with COVID-19.

It was the top news story of the day in German media, but while established newspapers and television programs asked how the government would function with a chancellor working from home, right-wing conspiracy theorists began to whisper and speculate.

Andreas Albrecht Harlass, spokesman for the far-right Alternative for Germany (AfD) parliamentary party in the eastern state of Saxony, speculated that Merkel is not only gone — she will also never come back. The quarantine, he says, is just a pretext. Some of his followers claimed to know more details: the German chancellor is probably hiding in a bunker at her country estate in Paraguay, a property they claim she bought years ago.

The chancellor has since gone out of quarantine and very obviously wasn't in Paraguay. This fact hasn't impressed conspiracy theorists, with speculation continuing on a large scale. 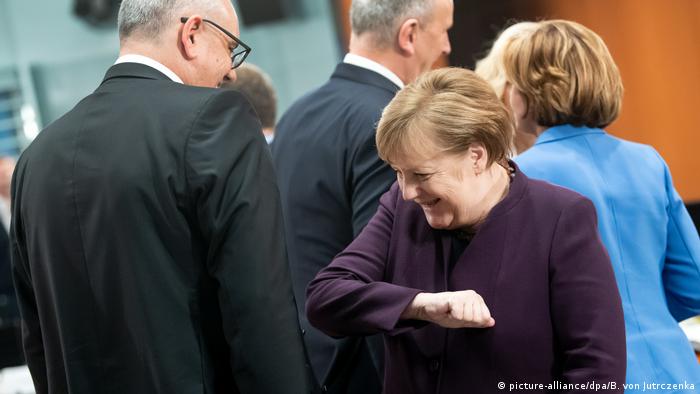 Despite claims from conspiracy theorists, Chancellor Angela Merkel obviously did not flee to Paraguay

The rise of 'pandemic populism'

Researchers at the University of Münster have been taking a closer look at how right-wing conspiracy theories work during the COVID-19 pandemic. From January to March this year, they examined around 120,000 Facebook posts from various German media outlets.

The result? Alongside the extensive coronavirus reporting by established newspapers and broadcasters, there was also a rise in the number of posts by so-called "alternative media" outlets, i.e. right-wing publications that want to deliberately dissociate themselves from established media and the political elite.

The interesting thing researchers found was that "alternative media" are also basically reporting on the same, verifiable facts — but they lace these reports with speculation, such as positing that the virus was produced in a laboratory or that it is less dangerous than reports would suggest.

"The alternative media spread their messages subtly in a seemingly harmless communication strategy. Obvious false reports do not fit in with this approach," says Thorsten Quandt, who headed the University of Münster's study. Populist tendencies were still found in the posts.

Scientists have dubbed this strategy "Pandemic populism." Conspiracy theorists mix the pandemic in with already-established topics — climate change, refugee issues, and doomsday fantasies lumped together with the coronavirus.

Anglea Merkel, climate activist Greta Thunberg, refugees and COVID-19 — in the end, everything is somehow connected to everything else.

Even if this "pandemic populism" only accounts for a fraction of all the coronavirus coverage, the "alternative media" have succeeded in building up their own frame of reference.

"We found several cases where their statements were picked up by others, for example on the YouTube channels of conspiracy theorists, which serve as a secondary distribution system. They label alternative news media messages as credible," Quandt says.

This enables them to make their own unsupported theories appear larger and more established than they factually are. Individual posts can also certainly keep up with the reach and interaction rates of large media platforms. 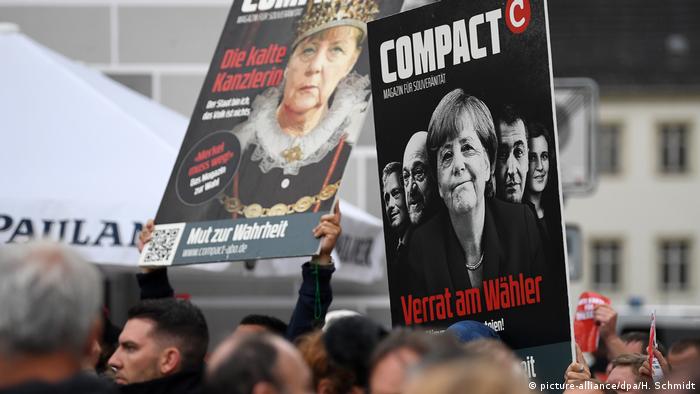 Conspiracy theorists don't believe in coincidences. They claim there is a small group of elites pulling the strings behind the scenes, and that these elites are conspiring against the public, against everyday people. The fact that there are regular reports about abuse of power and misconduct by politicians and other powerful people plays into their hands.

Media outlets that spread such theories are anything but naive about what they're doing. Platforms like Russia Today Germany or the right-wing magazine Compact carry out targeted propaganda.

Simone Rafael from the Amadeu Antonio Foundation, which works to strengthen democratic civic society, notes that these outlets have a clear goal with their reporting.

"According to their own statements, 'alternative media' believe they are in an 'info-war' against democratic political parties and against parliamentary democracy. They spread uncertainty in order to overthrow the system," says Rafael.

There is no shortage of uncertainty right now. The pandemic scares people, particularly as they notice that even those in positions of political responsibility are struggling to find their way through the crisis.

For Susann Rüthrich, a member of parliament with the center-left Social Democrats, it is crucial to take this uncertainty seriously.

"We must discuss these decisions publicly and make them transparent. You have to play with open cards. That worked well in the first phase of the crisis. Now in the second phase, we must not stifle these debates," Rüthrich says.

The politician says she's noticed how the pressure mounts the longer people have to give up their well-established everyday lives. Even supporters of contact bans and stay-at-home orders are becoming more receptive to populist or conspiratorial content due to the prolonged uncertainty.

Conspiracy theorists are particularly grateful for the boost they receive from celebrities who take part in speculating about theories.

In Germany, famous musician Xavier Naidoo recently made headlines for a video he posted, wherein he tearfully posits that the outbreak is the start of a worldwide liberation campaign.

In his video, Naidoo claims that US President Donald Trump imposed coronavirus curfews and sent a large Navy hospital ship to New York in order to secretly free masses of abducted and abused children being held in underground tunnel systems.

For Naidoo, there was a simple and plausible reason why more isn't known about the operation: it is secret. Thanks to the celebrity status of a musician like Naidoo, such stories manage to exit conspiracy circles and manage to spill into mainstream audiences. 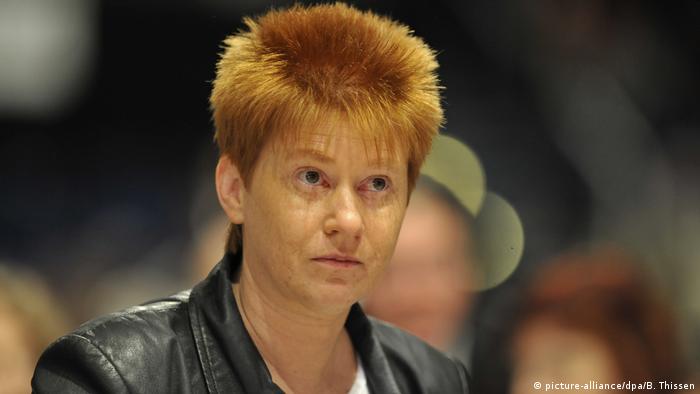 "Alternative media can contribute to public confusion by constructing a contradictory, threatening and suspicious world view that questions every 'official' statement," communication scientist Thorsten Quandt writes in the study.

Experts have observed, with concern, that conspiracy theories are an important building block in the world view of violent right-wing criminals.

"Especially among conspiracy theory supporters, we encounter a closed-off world view with a great desire to act. They see themselves as the only people who can stop the downfall," warns Rafael of the Amadeu Antonio Foundation.

The longer the coronavirus pandemic holds society in its grip, the more conspiracy theorists could become radicalized. Petra Pau, the vice president of the German parliament and a Left party lawmaker, shares this concern.

For her, the problem is not a virtual one, but rather a very real one. "Local politicians have been exposed in recent years to right-wing threats in particular. I see the potential for danger if local authorities are put under pressure from the coronavirus and cut certain services, that people will then look for culprits. The agitators could use that," Pau says.

The murder of center-right Christian Democrat regional politician Walter Lübcke last year shows how the danger needs to be taken seriously. A right-wing extremist shot him in 2019. The motive? Hatred for his pro-refugee policies.

Whether it's COVID-19, climate change or migration — fake news spreads six times faster on social media than facts. But how can I identify and check fake news? Here's some advice from DW's fact-checking team.

Damaging myths about the coronavirus have been spreading across Africa through social media — fueling mistrust for vaccines designed to protect people. Even prominent influencers have been peddling false news.