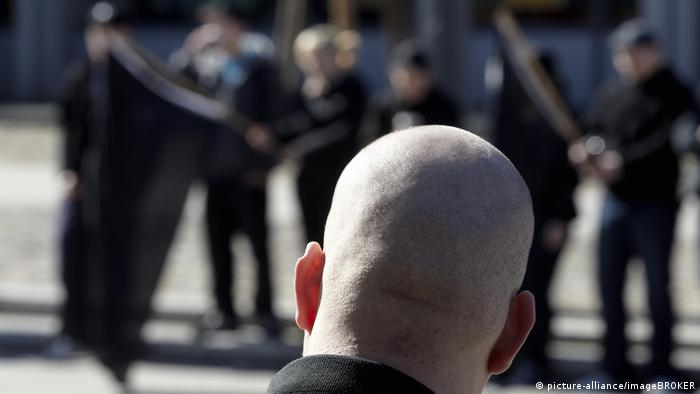 Right-wing extremists in Germany are participating in paramilitary training at a special camp near city of Saint Petersburg in Russia, German news magazine Focus reported Friday.

The participants received training in how to use weapons and explosives. They were also trained in close combat, the magazine said.

Swedish and Finnish nationals are also among the trainees. Participants go on to join Russian militias active in eastern Ukraine.

The US recently added RIM to its list of global terrorist groups. The group had "provided paramilitary-style training to white supremacists and neo-Nazis in Europe," the US said.

Russia responded at the time saying that adding the group to the list did not help fight terrorism and that the US had not provided any details.

Moscow also considers the movement of the ultra-right-wing Christian Orthodox Russians to be extremist. However, the group is not banned in Russia.

German intelligence is aware that extremists from Germany are attending the camps. For legal reasons however, they cannot prohibit the travel to Russia, Focus reported.

Officials assume that Russian President Vladimir Putin is aware of the existence of the camps.

Dresden, the city that spawned the anti-Islam and xenophobic PEGIDA movement, has declared a "Nazi emergency." The local politician who initiated the resolution claimed the city had a real problem that needed tackling. (01.11.2019)