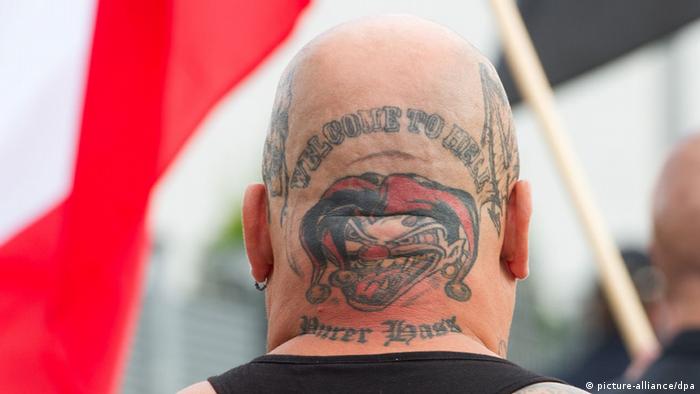 Since German reunification in 1990, authorities have collected data pertaining to the victims of far-right violence in the country. The official death toll is currently 94, but journalists and the Amadeu Antonio Foundation estimate that the figures are much higher — closer to 200. Critics accuse authorities of not always categorizing crimes as politically-motivated, but rather attributing them to private revenge, for instance, or motivated by other circumstances.

Police reported that a gunman killed nine people in two different shisha bars in Hanau on Feb. 19. The suspect was found dead hours later at home, along with the body of his 72-year-old mother, in what appeared to be a murder-suicide. A letter of confession written by the suspect and a video in which he espouses far-right ideology were also found. Federal prosecutors said they had taken charge of the case due to its likely extremist motivation.

Last year on Oct. 9, a neo-Nazi called Stephan B. from Eisleben set out to commit a massacre at a synagogue in the eastern German city of Halle. It was Yom Kippur, the holiest day of the year in Judaism. After renting a car and packing it full of weapons and explosives, he arrived in combat gear at the synagogue, where dozens had gathered to pray. He was unable to get into the building, however. In his frustration, he killed a passerby before driving to a nearby kebab shop where he killed a customer. He had written a manifesto expressing anti-Semitic, racist and xenophobic hatred.

The murder of the regional CDU politician Walter Lübcke on June 2 of last year also falls into the category of far-right violence. The suspect is the right-wing extremist Stephan E., who had been previously accused of convictions. Police believe a far-right extremist motive was behind the killing of the politician, who was supportive of Merkel's welcoming policy towards asylum-seekers.

As the number of refugees in Germany rose in 2015, amid much controversy, the number of hate-fueled attacks on refugee centers also increased. The authorities registered 995 such attacks in 2016.

In 2015, a far-right terrorist group that named itself the "Gruppe Freital" carried out several attacks on refugees and their supporters. In 2018, eight members of the group were convicted of founding a terrorist organization. 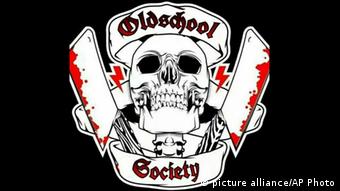 Logo from the Facebook page of the 'Oldschool Society' in 2015.

In May 2015, members of the neo-Nazi "Oldschool Society" were arrested in five different German towns before they were able to carry out any attacks. They had allegedly planned attacks against refugee homes, mosques and schools.

The attacks on politicians in 2015 and 2017 involved lone perpetrators who were not connected with right-wing extremist terror networks.

In October 2015, a right-wing extremist stabbed Henriette Reker, an independent candidate for Cologne mayor, in the neck with a knife. She was targeted because of her views on refugees. Reker survived the attack and was elected Cologne mayor the next day.

"You let me die of thirst, but bring 200 foreigners to the city." These were the words a 56-year-old man used when he threatened the mayor of the town of Altena, Christian Democrat Andreas Hollstein, with a knife to the neck during an incident at a snack stand in November 2017. The snack stand manager intervened and Hollstein was only lightly injured.

Franco A. — impersonating a refugee

In April 2017, German soldier Franco A. was arrested in a bizarre and confusing case. Investigators suspected him of planning a right-wing terrorist attack that he wanted to blame on Syrian refugees. Franco A. had even registered as a war refugee and applied for asylum in Germany.

However, the Frankfurt Higher Regional Court was unable to find sufficient suspicion for the "preparation of an act of violence that seriously endangered the state." The federal prosecutor has lodged an appeal. Franco A. compiled a list of possible victims, including SPD politicians and the current foreign minister, Heiko Maas. The case sparked a discussion in Germany about whether the military had a right-wing extremism problem within its own ranks.

For years it was debated whether the incident was a lone wolf shooting spree or a right-wing extremist attack. One thing is for sure: On July 22, 2016, an 18-year-old man killed nine people, many of them teenagers, in a mass shooting at the Olympia shopping mall in northern Munich before ultimately turning the gun on himself. It was not until the fall of 2019 that state police said the case was "politically motivated" because the shooter's "racist motives." Authorities noted he had written a manifesto and demonstrated right-wing extremist views in his online activity.

For 13 years, the neo-Nazi terrorist group National Socialist Underground (NSU) was unknown to the German public. Their members, Uwe Böhnhardt and Uwe Mundlos — who police knew to be neo-Nazis — carried out bombings and shootings between 2000 and 2007 that killed nine people of immigrant background and a police officer. When the group was forced to flee after a bank robbery in November 2011, Böhnhardt and Mundlos committed suicide. Beate Zschäpe, the third member of the group, was sentenced to life in prison in July 2018 for her role in the murders.

The NSU affair raised questions in Germany over whether the authorities and the media had for too longoverlooked the danger of right-wing terrorism in the country. For years, police had suspected the killers were people familiar to the NSU victims. The media made reference to the "Döner murders," because two of the victims worked at a Turkish fast food restaurant.

Arson attacks and riots in the 1990s

In the early 1990s, neo-Nazis set fire to multiple buildings housing asylum-seekers and foreigners. At the time, asylum law in Germany was hotly debated, and right-wing extremist violence rose to new levels. Asylum-seekers and other foreigners were increasingly injured in riots, such as during the 1992 xenophobic riots in Rostock.

That same year in Mölln, two young girls and their grandmother were killed when neo-Nazis set fire to their house. In May 1993, three young girls and two women of Turkish descent died in a similarly-motivated arson attack in Solingen.

From 1990 to 1993, 58 people were killed in right-wing extremist violence in Germany. Amadeu Antonio Kiowa of Angola is considered the first victim to die after German reunification. On November 24, 1990, in the northeastern city of Eberswalde, a group of neo-Nazis brutally beat him and stomped on his head.

On June 11, 2000, in another prominent case, Mozambican immigrant and father of three Alberto Adriano was beaten to death by drunk neo-Nazis in the city park of Dessau, a city in eastern Germany.