Rise in neo-Nazi crimes: Legacy of the German NSU terror cell | Germany | News and in-depth reporting from Berlin and beyond | DW | 10.08.2018

People in Germany's neo-Nazi scene are vandalizing memorials to people murdered by the terrorist cell National Socialist Underground, new figures show. But the government claims the NSU has not had a noticeable effect. 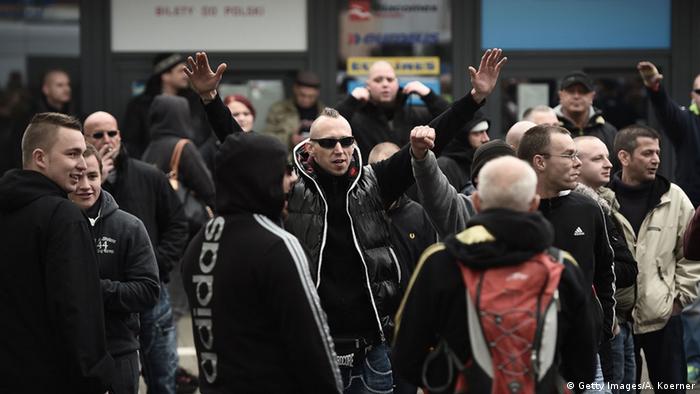 Crimes related to the neo-Nazi terrorist cell known as the National Socialist Underground (NSU), whose only known surviving member, Beate Zschäpe, was convicted last month, have risen, according to statistics released by the German government on Friday.

Almost 360 crimes relating to the NSU have been registered since the cell was uncovered by police in 2011. In many cases, memorial plaques or benches for the group's victims were vandalized, destroyed or stolen, including in the city of Zwickau, where the cell was undercover for several years.

The crimes included threats of violence, hate speech, "politically motivated crimes," and the "libel of the memories of deceased," the Interior Ministry said in an answer to an official information request by the Left Party MP Martina Renner.

Caro Keller of NSU Watch, an alliance of anti-Nazi groups that produced transcripts of the NSU trial, said they had noticed for a long time that the NSU and its crimes were being picked up in the Nazi scene. "During racist attacks, things get said like, 'the NSU will get you next'," she said. "We are seeing the scene feeling encouraged to refer to the NSU." 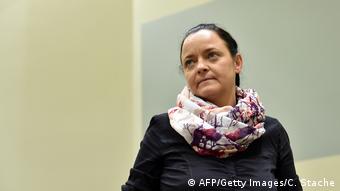 Beate Zschäpe was sentenced to life in prison last month

Keller also said that the crimes related to NSU murders always increased around their anniversaries and whenever new memorials appeared.

Blind to the problem

The ministry also admitted that the actual number of crimes related to the NSU might be greater, since there is no specific NSU category in the statistics — in other words, it depends on whether the connection to the NSU is noted by the police officer reporting the crime. None of the crimes have led to a single conviction in the last few years.

But despite the figures, the ministry rejected suggestions that the NSU had inspired the neo-Nazi scene or would trigger copycat attacks.

"Neither the discovery of the existence of the National Socialist Underground itself or the trial against Beate Z. … has shown larger effects on the far-right spectrum or is showing any broad acceptance of the crimes of the NSU, apart from some isolated positive statements," the ministry said in its answer, before going on to suggest that the neo-Nazi scene actually saw the NSU trial as "counterproductive for their political effect."

This answer brought condemnation from Renner, who accused the government of "deliberate playing-down" of the NSU. "The truth is that the scene followed the trial very closely and the NSU's crimes had a strong resonance among neo-Nazis in the whole of Germany," the Bundestag member said in an email to DW. 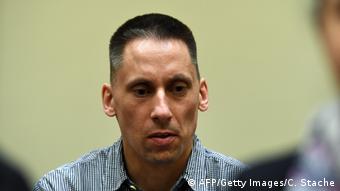 Ralf Wohlleben was released on bail after the trial

On the contrary, Keller said, the NSU is often mentioned in texts produced by neo-Nazis, and her group has observed demos where NSU mascots like the Pink Panther cartoon character, appropriated by the terrorist cell for a video in which they boasted about their crimes, were displayed.

"The fact that there has not been a single conviction in connection with the crimes we asked about in the last few years sends out another fatal signal to the neo-Nazi scene," Renner said.

Renner also said that neo-Nazis across the country had expressed support and sympathy for the NSU's four supporters, who were also convicted last month — though all four have been released on time served or on bail pending appeals. There were also celebratory scenes in court when the sentences were handed down, with many families of the NSU's victims outraged that the judge did nothing to condemn the applause.

The neo-Nazi scene has also collected money for the family of Ralf Wohlleben, who supplied the gun with which most of the NSU's victims were murdered.

Germans took to the streets after the verdict delivery in the National Socialist Underground trial to demand that investigations continue into the series of right-wing extremist murders — and into state failures. (12.07.2018)