A Munich court has jailed four far-right extremists convicted of forming a terror cell. The three men and a woman exchanged hate tirades via the Internet and wanted to target refugee hostels. 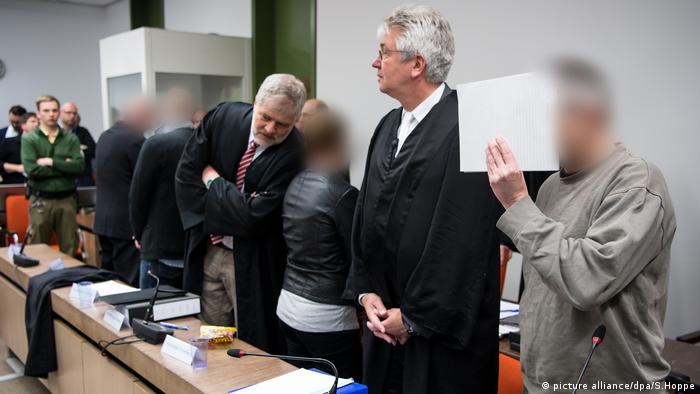 The Bavarian court's state security judicial panel had heard prosecution testimony over 11 months, including a recorded telephone call in the cell's leaders discussed how to build a nail bomb to scare refugees into leaving Germany.

The deputy's girlfriend, Denise G, 24, from Saxony's valley region of Freital - the focus of a similar trial in Saxony - was handed got three years, ten months jail term.

The court heard that "president" Andreas had links to Germany's far-right NPD party in Augsburg, and gave tips on how attacks could be staged. As an arms fanatic, he posted photos of weapons online.

Prosecutions said the Internet-linked group met face-to-face only once.

Before their planned second meeting,  police staged country-wide raids, netting the four and seizing an assortment of weapons, including illegal Czech fireworks.

Defense lawyers sought to cast doubt that attack plans were drafted and had demanded acquittal. Prosecutors had sought jail terms of up to seven years.

Denise G. had been the group's secretary. She had contacted potential recruits and sought to win them over as "foot soldiers."

The prosecution said Olaf O., the cell's "press spokesman," had posted its messages in social media. He was arrested in Bochum, a Ruhr District city in Germany's most populace state, North Rhine-Westphalia.

It threatened the democratic foundations of "our society," Kramer told the "Frankfurther Rundschau" newspaper.

Groups such as the "Oldschool Society,"" Blood and Honor,"" Combat 18" were not the only groups active in Germany. "We are not seeing them all," said Kramer.

Their intention to achieve political goals through violence struck acceptance in some circles, he said. "We are here confronted - somewhat differently than Islamism - with an existential problem."

A senior German politician whose district council is enlarging hostels for refugees says he won't be deterred by a neo-Nazi murder threat. Erich Pipa says "99 percent" of residents support his stand to provide shelter. (12.09.2015)