Zhirinovsky: 'Europe, you shall tremble!'

Right-wing populist Vladimir Zhirinovsky is the leader of Russia's Liberal Democratic Party, and one of Putin's seven challengers in the presidential election. During a conversation with DW, he threatened the West. 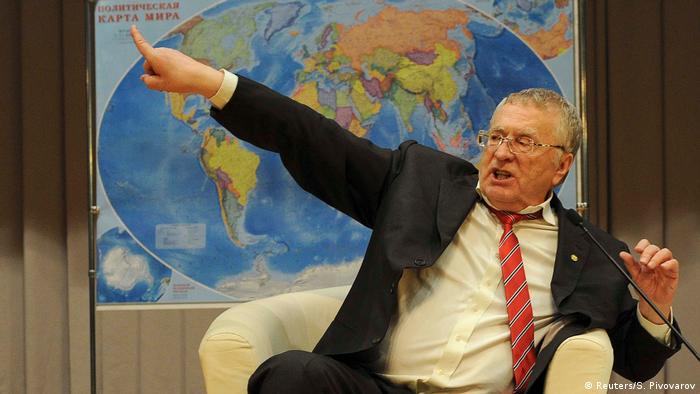 Deutsche Welle: Mr. Zhirinovsky, you have run as a presidential candidate five times already. This will be the sixth time. Don't you find it boring?

Vladimir Zhirinovsky: How can such a thing be boring? Are you getting bored doing interviews? That's work. It's the most responsible, representative and solemn work there is — like sport. Anyone who does not aim for the Olympic Games or championships should not be in the sports industry.

You said that Russia needs an elected monarchy. Would you like Russia to be ruled by a czar called Vladimir Zhirinovsky?

No, but Russia achieved a great deal as a monarchy. We should have kept our monarchy. Like Great Britain, Denmark, Holland, Sweden and Norway. An alternative would be now to choose a monarch and change the country's name to "Russian Empire." The president would be called the "supreme ruler." 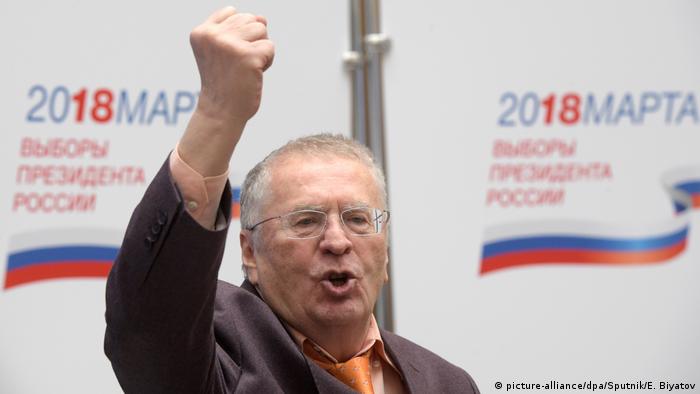 Zhirinovsky is known for his combative approach

'Ukraine is to blame'

A presidential candidate cannot be indifferent to relations with his neighbors. Your country is at a dead end on the question of Ukraine. What do you think should be done?

I don't think that Ukraine would be so enthusiastic about these remarks. What could be done to improve relations?

Nothing. There is an anti-Russian regime in power there, and that is what matters.

So, you believe that Ukraine is to blame for everything and that it is not Putin's policy that has led to these problems?

Only Ukraine. Their anti-Russian, pro-Western, unconstitutional forces. The Ukrainians will collapse and we will have to rebuild them. Donbass, Luhansk and other regions.

The West has punished Russia for illegally annexing Crimea. Do you think the Cold War is already there and if so, what can be done?

I like the current situation. The sanctions strengthen our domestic economy.

Well, then we want to talk about the United States, which is also part of the West. When President Trump was elected, you drank champagne here in the Duma to celebrate his victory. But then relations with the USA deteriorated. They were better under Obama. Do you think you celebrated too soon?

New US sanctions to take aim at Russian lenders

We welcomed Trump's victory. I predicted his victory. And so, I was just celebrating my correct prediction. Trump won. That's what matters. It is actually good that he has not improved the US policy on Russia. Where would we have been if we had received all the concessions?

Are you saying it is better to be worse off?

It's better if the West sees us as the enemy and imposes restrictions on us everywhere. Sanctions, sanctions and more sanctions. Then we'll rise up and develop more quickly.

This is the first time I have met a presidential candidate who wants his country to be punished ...

I am not talking about punishment, but about the fact that the West is unable to do otherwise. And that's its own fault. But it's an advantage for Russia. If the West were to treat us like Ukraine, with all that EU cooperation, the Schengen agreement, we would have been softened, agreed to everything and would have been degraded. Instead, however, we are becoming stronger and that will help us to destroy the West so that it doesn't bother us anymore.

You want to destroy the West?

Of course. It is disturbing the human race. America, Germany.

It rules Europe. Why is this the case, actually? 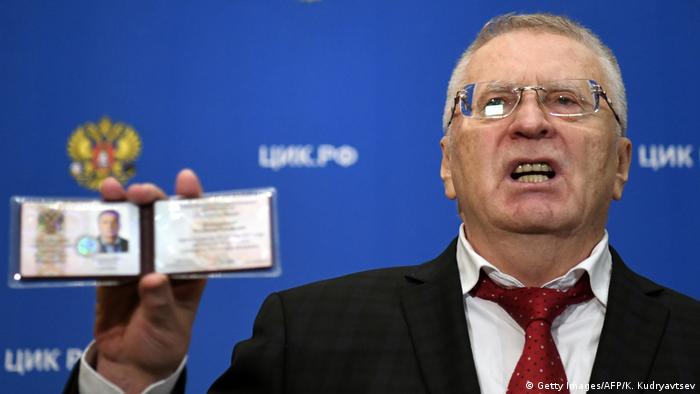 Zhirinovsky: We are not going to take orders from you

But Germany is Russia's most important economic and trade partner.

March 18, 8 p.m. The election results are pretty clear. What should Russia be expecting at the end of election day?

I could win. And then the next morning everyone in the country would be on the street with a smile on his or her face and would be happy. Two or three months later, all sanctions would be abolished. You Europeans and Americans would cooperate. I would bring the world to the brink of war. I would say, either you do what I want, or you'd better hide in a bunker.

Why? Why are you interfering in our business? We're not interfering with you. Why do you have the right to say how we Russians should live? The Crimea is Russian country. Russian people live there. Russian people also live in the Donbass. We gave you Germans a chance to reunite. What did you pay us for that? Ten times less than you could have paid. Europe, you shall tremble! Even if I do not win on March 18, the regime in Russia will force you to stop teaching us how to live. We Russian are not going to take orders from you!

The interview was conducted by Juri Rescheto.