Russia election: Who are Vladimir Putin′s challengers? | Europe | News and current affairs from around the continent | DW | 08.02.2018

Seven candidates are challenging Vladimir Putin in Russia's presidential election, with old pros and unconventional newcomers among them. Do any stand a chance of winning, or are they Kremlin-backed campaigns for show? 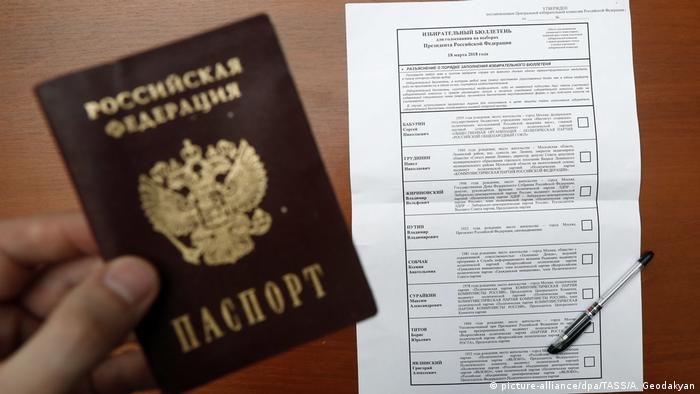 When Vladimir Putin was first elected Russian president in 2000, there were 11 other candidates vying for the post. Subsequent votes have all fielded far fewer competitors. Some critics say the Kremlin intentionally keeps the list short. This year, however, looks more like a return to the old days. The ballot for the presidential election on March 18, presented on Thursday, lists eight candidates — twice as many as in 2008.

Putin is widely expected to secure a fourth term. Surveys conducted by state opinion research institutes claim that roughly 70 percent of Russians favor re-electing the 65-year-old former KGB officer. With figures like that, the race seems to be a foregone conclusion.

Read more: Alexei Navalny says 'there is no pro-Putin majority' in Russia 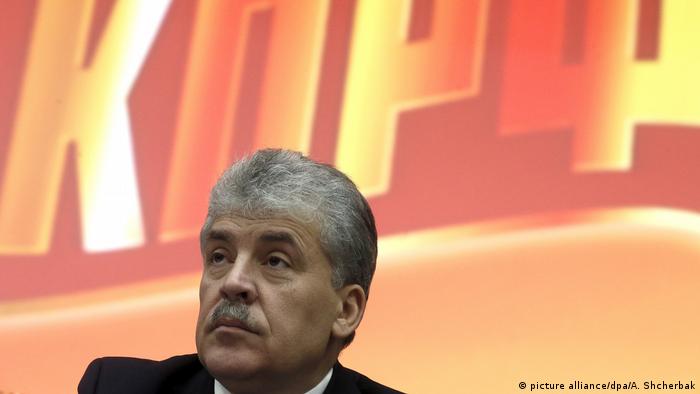 Among Putin's challengers, Pavel Grudinin is one of the newer faces in Russian politics. Nicknamed the "strawberry candidate," the 57-year-old is Russia's largest strawberry grower and owns an agricultural enterprise outside Moscow. He was unexpectedly thrust into the race by the Communist Party (KPRF), whose outdated leader Gennady Zyuganov — a safe bet to finish second in previous elections — is no longer taking part. Grudinin is not a KPRF member. According to state opinion pollsters, he is likely to achieve the second-best result after Putin, with around 6 percent of the vote. As a fresh face with moderate views that seem to resonate well with Russian voters, some predictions have Grudinin faring even better than expected. He has been maligned in the state media of late over his possession of foreign bank accounts, suggesting the Kremlin may fear Grudinin could put a damper on Putin's expected victory. 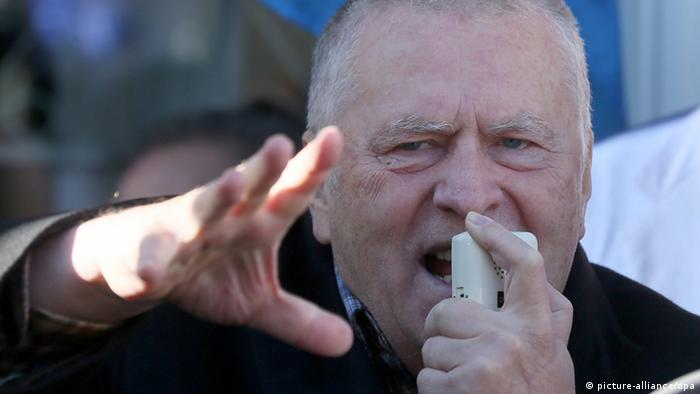 Grudinin's main rival for second place is Vladimir Zhirinovsky, the political veteran among the candidates. The 71-year-old leader of the right-wing populist Liberal-Democratic Party of Russia (LDPR) first ran for the presidency back in 1991. Although the LDPR is formally an opposition party, Zhirinovsky has long been considered part of Russia's establishment and is politically in line with the Kremlin. His inflammatory hardline nationalist speeches, during which he often threatens the West with nuclear strikes, are a frequent topic of Russian talk shows. Zhirinovsky makes Putin look moderate and reasonable, but he is not expected to realistically compete with the incumbent president. 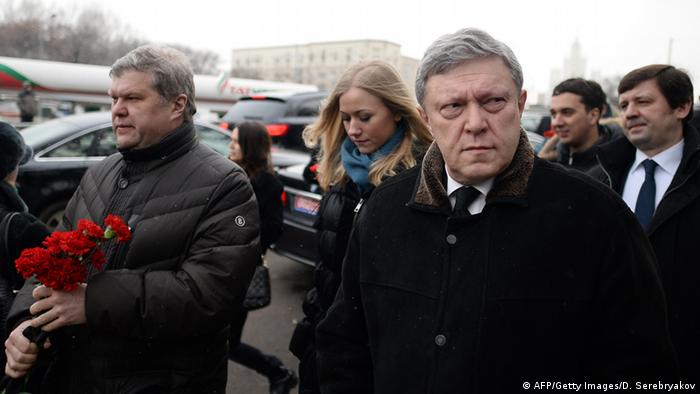 Grigory Yavlinsky has been seeking the presidency almost as long as Zhirinovsky. At 65, he's as old as Putin, and has been involved in politics since the early 1990s. The co-founder of the liberal Yabloko party, he last ran for president in 2000, finishing third with 6 percent of the vote. Yavlinsky is depicted as a liberal politician with pro-Western views, but he has never been able to connect with the wider Russian electorate. His supporter base appears to be shrinking, and he is likely to garner a vote percentage in the lower single-digit range. At the age of 57, Boris Titov is one of the younger candidates in the running. He represents the young pro-business Party of Growth, which plays no noticeable role in Russian politics and has not yet achieved any major electoral success. Titov made his career in the business world. Since 2012, he has been handling the rights of Russian entrepreneurs on behalf of Putin. In the presidential campaign, he is trying to appeal to the liberal economic classes. 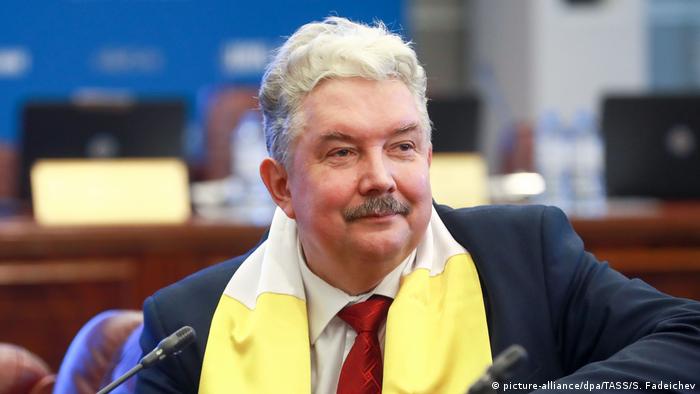 Sergei Baburin's appearance in this election is like a greeting from the distant past. The 59-year-old was a well-known conservative politician in the 1990s as Russia's deputy parliamentary chairman. But he later faded into the background. Baburin is leader of the All-Russian People's Union, a national-conservative fringe party that supports Putin in domestic and foreign policy. 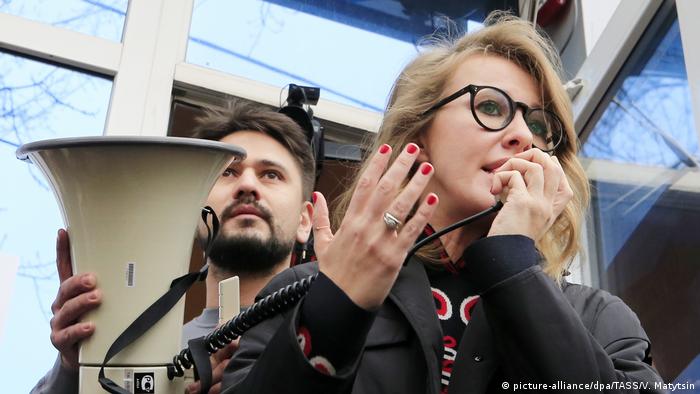 The 36-year-old Ksenia Sobchak is not unique to the current crop of presidential hopefuls simply because she is the only woman on the ballot. By any measure, she is an unconventional candidate. She is the daughter of the former mayor of St. Petersburg, Anatoly Sobchak, the man considered to be Putin's political mentor. She first made a name for herself as a socialite and reality TV star, before becomming a prominent journalist with opposition views. But Sobchak is not a professional politician. She is campaigning as a "candidate against all," hoping to reach protest voters. Those who do not like any of the candidates should vote for her, she says. Sobchak represents a liberal agenda and is cautiously critical of Putin. Since announcing her candidacy, she has had virtually unlimited access to the media. Critics have said Sobchak's prevalence in the press is an indication that she is running a Kremlin-endorsed opposition campaign, and is meant to be an appeal to barred candidate Alexei Navalny's discontented young supporters. Sobchak's presence in the race has been extremely polarizing, and she is not expected to receive a significant share of the vote. 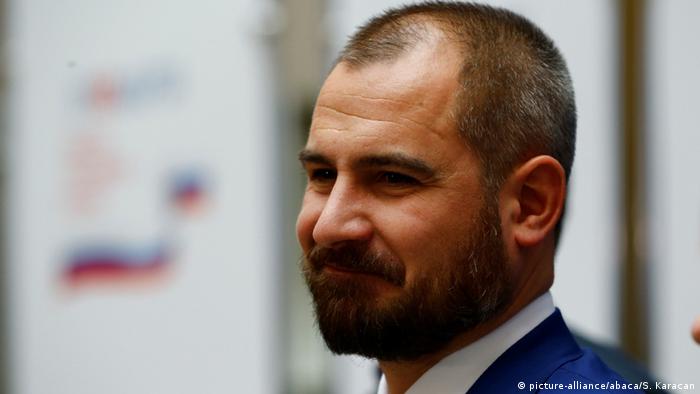 Maxim Suraikin is the other new young face in this election. The 39-year-old is chairman of the Communists of Russia party, founded in 2009. Suraikin has positioned himself as an alternative to the established Communist Party of Russia, which he says promotes "oligarchs" for office. The KPRF has accused Suraikin and his party of being a Kremlin project to divide the communist vote.