Vladimir Putin′s Russia has become a ′toxic state′ | Europe| News and current affairs from around the continent | DW | 27.11.2017

Vladimir Putin is widely expected to run for his fourth presidential term in 2018. Russian sociologist and the winner of this year's Lev Kopelev Prize, Lev Gudkov, tells DW why this scenario is dangerous. 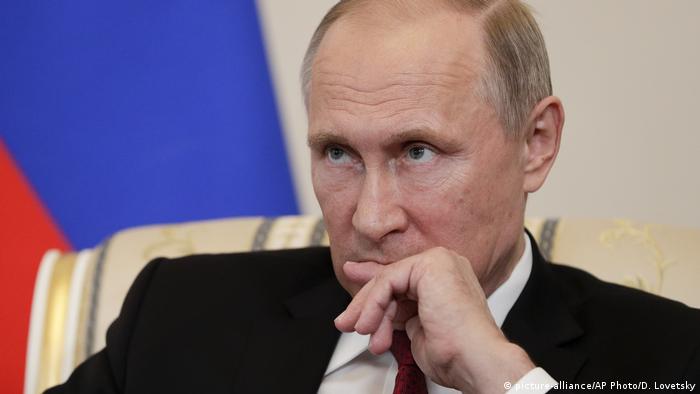 DW: How would you evaluate the state of Russia today?

Lev Gudkov: It's a toxic state, a dangerous state that preserves its legitimacy by provoking conflicts, through the threat of war and the threat of confrontation. By doing so it mobilizes the society in Russia to support the authorities. That's the only resource the regime currently has. I think these are extremely dangerous developments.

What do you expect from next year's presidential election in Russia?

The outcome is predetermined. Vladimir Putin will be nominated and get an absolute majority of voices with the probability of 95 percent. Our findings show that even now 63 percent of voters are ready to elect him. These are actually not elections because Putin's opponents will not be allowed to participate.

First of all Navalny. Because it's an imitation. It is something that in political science is called electing the one who already has power by acclamation. It is absolutely clear that Navalny will not be allowed to participate in the election because he is really the only opponent. He is a very talented politician. One can say that he is actually the only politician in Russia. 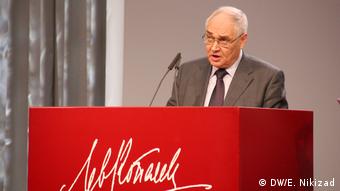 What does receiving the Lev Kopelev Prize for peace and human rights mean for you?

I am extremely proud to have received the Lev Kopelev Prize. It is a recognition of the significance of our work and an expression of solidarity. The attitude to our findings in Russia is extremely controversial. People say: "I don't want to believe in what you say, I don't want to acknowledge this," because what we say is demotivating, it causes a feeling of hopelessness. But we have to say things the way they really are because Russia suffers from a lack of understanding of what is going on, from an extremely poor interpretation of reality.

There is an illusion that liberals and democrats exist and that Putin's regime is about to fall apart. But we actually say that it has a certain stability. It will fall apart anyway but it will not happen soon. We are facing a significant resistance to our diagnoses, our analyses. The recognition by Germany's competent community, politicians and analysts is extremely important for us also psychologically because propaganda is working to discredit us.

The chief editor of German magazine Osteuropa, Manfred Sapper, said that you help scientists and journalists abroad to understand Russia. Do you consider that as one of your duties?

We are a mirror of society. We are a thermometer of its sentiment. We are interpreters of what's going on. Our findings are rarely pleasant and encouraging. But if we do an honest job, we have nothing to be ashamed of. We often serve as pathologists of democracy. And this is also necessary.

Lev Gudkov is the director of the Levada Center, Russia's only major independent pollster. In 2016, the Russian Ministry of Justice put the Levada Center on the list of non-government organizations designated as "foreign agents." On November 26, Lev Gudkov was awarded the Lev Kopelev Prize for peace and human rights in Cologne .

The interview was conducted by Olga Kapustina.