Russia's president has approved a controversial bill to label internationally funded media outlets as "foreign agents," signing the measure into law. Outlets such as US-backed Voice of America are likely to be affected. 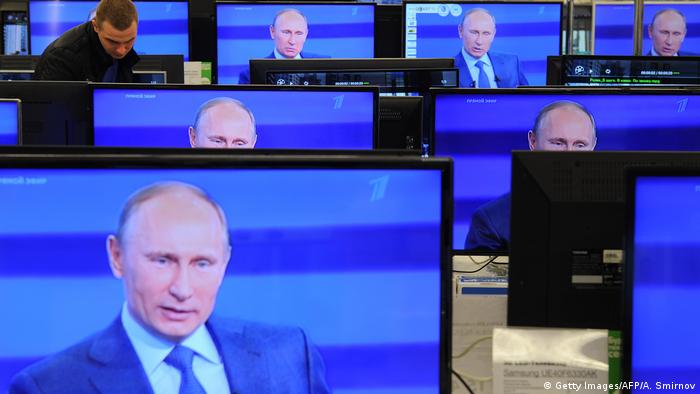 The amendments on foreign media went into effect after President Vladimir Putin signed off on them on Saturday, allowing Russian authorities to label outlets as "foreign agents" for receiving funding from abroad. However, it would not apply to Russian media outlets backed by foreign capital.

Under the law, Russia's Ministry of Justice will decide on assigning the controversial label to international media outlets on a case-by-case basis.

Last week, it published a list of several outlets that would likely be affected by the new law, including US-funded Voice of America and Radio Free Europe.

Russian officials repeatedly stated that the measure was a tit-for-tat response after the United States made a similar move targeting Russia's foreign broadcaster RT, formerly Russia Today, and the Sputnik news agency.

In September, the US Justice Department ordered the outlets to register as agents of foreign governments over the perceived spread of propaganda and alleged meddling in the 2016 US election.

Russia slammed the move as hypocrisy and an attack on media freedom.

Ramping up pressure for 'foreign agents'?

It was not immediately clear which steps would be taken towards foreign media outlets in Russia.

The bill is based on the 2012 law that forced NGOs to adopt a "foreign agent" label if they receive funding from abroad. Since then, they are requested to feature the label on their paperwork, statements and other material. They are also subject to surprise raids and intensive checks, and they must report where they get their money from and how they spend it. The increased government pressure prompted many of them to close their doors.

The bill signed by Putin on Saturday had been rushed through both houses of the Russian parliament in just two weeks.