Should Germany import hydrogen or produce it at home? | Business | Economy and finance news from a German perspective | DW | 08.10.2020 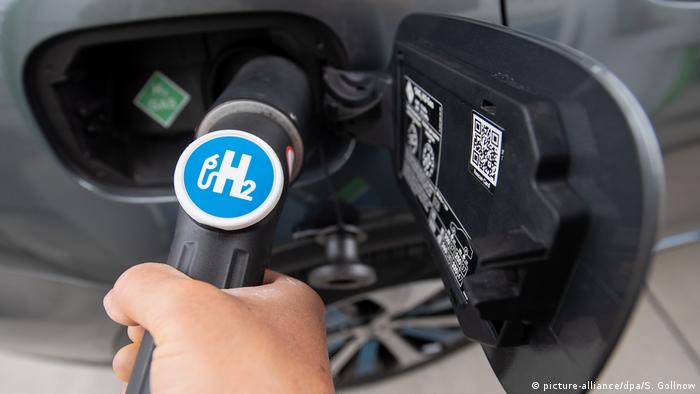 Jörg Steinbach, 64, is the minister for economy, jobs and energy for the state of Brandenburg, the region that surrounds — but does not include — the city of Berlin. Before that, Steinbach, a chemical engineer, spent eight years as president of technical universities in both Brandenburg and Berlin. This autumn, Brandenburg is developing a new hydrogen strategy under his enthusiastic direction.

"Hydrogen is going to be a major feature of the low-carbon clean energy economy we need to build in coming years. It will have multiple roles: powering heavy vehicles, ships, trains, eventually perhaps aircraft as well. It can replace natural gas for heating. It can replace coal in steelmaking," Steinbach told DW.

Read more: Why all the fuss about hydrogen?

Hydrogen is thus a way of storing energy, an "energy carrier," and not a primary energy source.

Since taking office in 2018, Steinbach has been pushing for his state to become a clean technology leader — and with a gigantic new Tesla Gigafactory under construction on the outskirts of Grünheide, a village in Brandenburg southeast of central Berlin, he's off to a pretty good start. 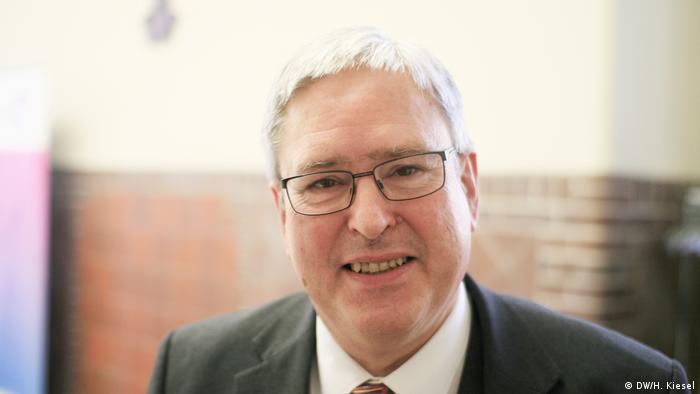 Steinbach: 'Hydrogen is going to be a major feature of the low-carbon clean energy economy'

A slew of regions vied for the privilege of hosting the first Tesla electric car factory in continental Europe. Brandenburg won the prize, helped along by the fact that Elon Musk, Tesla's hard-charging CEO, has a high regard for German engineering. He has often said that he loves Germany in general, and Berlin in particular. And now Tesla's initial investment in Germany is leading the company to make additional investments in other technologies as well.

Hydrogen strategies in the making

Steinbach grinned when asked if he hopes to persuade additional clean technology companies to set up giant factories in Brandenburg, but he was cagey about details. "Our work on the hydrogen strategy is early stage. We're looking at a variety of applications," he told DW.

Germany is interested in powering locomotives with hydrogen fuel cells on rail lines that are not yet electrified, and is supporting the development of new hydrogen fuel cell-powered motors for powering heavy trucks. Renewable hydrogen will play a growing role as a feedstock for the chemical industry in the future and is expected to gradually replace coking coal in steelmaking, as well. There are even hydrogen-powered aircraft in development, though it will take many years before they're commercially available.

Hydrogen can also be pumped into existing natural gas pipelines and used for heating buildings — though the differing characteristics of hydrogen compared to methane, the main component of natural gas, means there are limits to how much hydrogen can be added to the existing gas network without causing technical problems. But "those problems can be solved by replacing some of the equipment," Steinbach said.

The state of Brandenburg isn't the only place that has a hydrogen strategy under development. Germany as a whole also has one, and so does the European Union. A key question for Germany and Europe is where hydrogen will come from in a zero-emissions future. Will it be domestically produced, or imported from overseas?

The likely answer: both. Peter Altmaier, Germany's minister of economy and energy, has supported hydrogen imports as well as domestic production.

E-fuels from the wind and sun

Jörg Steinbach told DW that he isn't particularly keen on seeing Germany import hydrogen. He wants it produced domestically. A key question, however, is whether Germans will balk at seeing many more wind turbines and solar panel fields set up to supply the huge amounts of additional electricity that will be needed as the car fleet and the building heating sector increasingly electrify over the coming two decades.

There is an alternative. In the mid-2000s, a research group at Germany's aerospace agency, DLR, calculated that covering the equivalent of 1% of the area of the Sahara desert with solar thermal power arrays would generate enough electricity to supply energy to the entire world, for all purposes. A consortium of German companies launched a project called Desertec to pursue the vision. 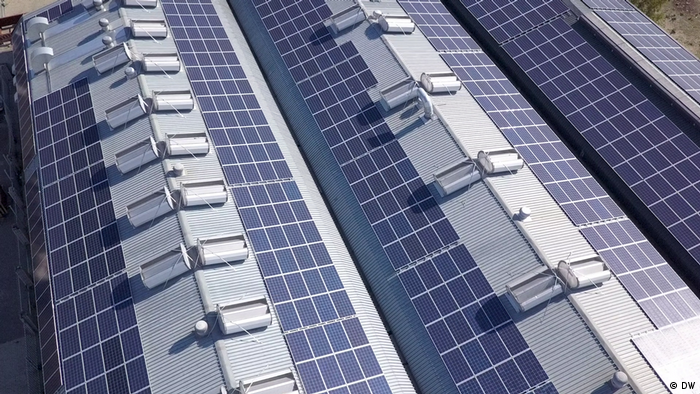 Can Germans live with all the solar panels needed to supply the huge amounts of additional electricity?

But over the years, the price of solar photovoltaic panels has dropped so dramatically that installing solar panels in Germany has become cheaper than importing solar power from North Africa, despite the Germany's cloudier skies — producing domestic solar power doesn't require building long-distance transmission lines. The Desertec project has since faded from view.

Michael Sterner, an engineering professor in Bavaria who is an expert on "power-to-gas systems" for making clean hydrogen from renewable energy and water, believes Germany will eventually need to import clean energy from overseas, especially in the form of synthetic liquid fuels.

"It makes more sense to initially produce hydrogen regionally, as the state of Brandenburg intends to do. Value creation and jobs are created locally — the circular economy is strengthened," Sterner told DW. "However, I think we will also need to import hydrogen, or low-carbon liquid fuels made from it."

Sterner noted that Germany currently imports around two-thirds of its primary energy supply, nearly all of it in the form of fossil fuels, and so "if we develop green technologies for export and then import green energy produced with that equipment, that's a win-win for everyone — that trade reduces our export surplus, and is more sustainable than the old fossil fuels system."