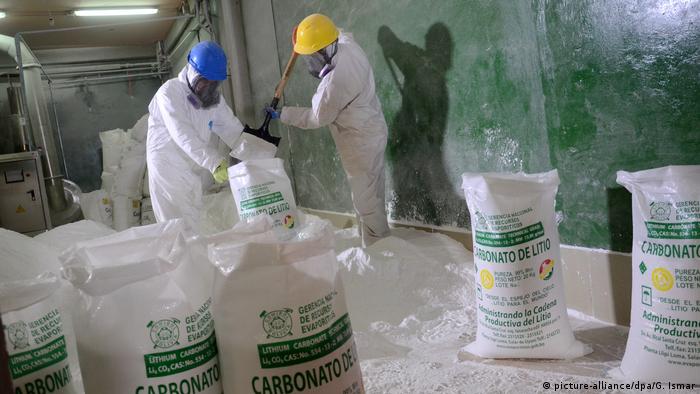 Researchers at the Karlsruhe Institute of Technology (KIT) may have felt like they had discovered hidden treasure when they succeeded recently in extracting lithium from an unusual source: thermal water.

As lithium has come to be the most important raw material for making modern-day batteries, countries rich in the mineral like Chile, Argentina, Bolivia and Australia, are the focus of a global push aimed at securing a steady supply.

Millions of tons of lithium are needed by battery makers from across the world, and the four countries account for more than 80% of annual supply currently. So, many countries, including Germany, are hugely dependent on global lithium market pricing and supply — but this could change if the new technology developed by KIT becomes widely adopted.

The presumptive pot of "white gold" struck by the Germany-based institute lies in the deep crusts of the Oberrheingraben, or Upper-Rhine Rift Valley, situated in southwestern Germany.

Deep down in the ground of the region, you can find salty hot water that is already used in thermal power and heating plants. But KIT has also found that the brine contains liquid lithium, among other minerals.

"We've discovered amounts of up to 200 milligrams per liter [of thermal water]," KIT said in a recent statement unveiling its findings. And Jens Grimmer, a researcher at KIT's Institute for Applied Geosciences (AGW), told DW that the deposit, if fully explored, could provide "a significant amount" of the lithium needed in Germany.

Grimmer, together with fellow researcher — Florencia Saravia from KIT's Engler-Bunte Institute — has developed a technology designed to extract the lithium in a sustainable, environmentally friendly and cost-efficient way.

The pair now has a patent on the unique technology, which Grimmer says, could help Germany meet its climate goals amid rising demand for lithium due to growing electric vehicle battery production.

"In a first step, the lithium ions are filtered from the thermal water, and then concentrated in a second processing step until the lithium precipitates as a salt," he explains.

According to KIT, the Grimmer-Saravia technology has a number of advantages over conventional lithium mining methods used in South America and Australia.

In Germany, the process will use existing geothermal-power infrastructure that already pumps about 2 billion liters (500 million gallons) of thermal water from underground deposits every year. 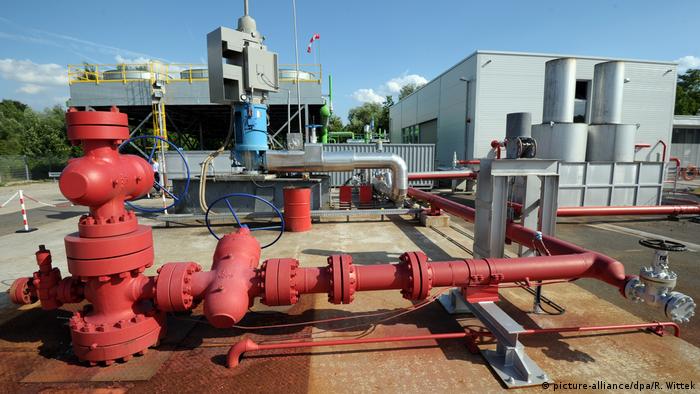 And contrary to conventional lithium mining, which taps into huge salt lakes or rock formations, soil loss and land use would be minimal. Additionally, the thermal water would be pumped back into the ground only after power and heat extraction — and without hazardous or even toxic chemicals.

Thanks to the thermal water cycle, lithium could be extracted in a steady process, unlike in South American salt lake mines, where the enrichment process often takes months and is hugely dependent on weather conditions. A simple rainfall there can spoil an entire lithium harvest, holding up supply for weeks, if not months.

And finally, the German technology would also make it easier to extract other valuable minerals such as rubidium and cesium, which are elements used in modern laser and vacuum technologies, and contained in thermal water. 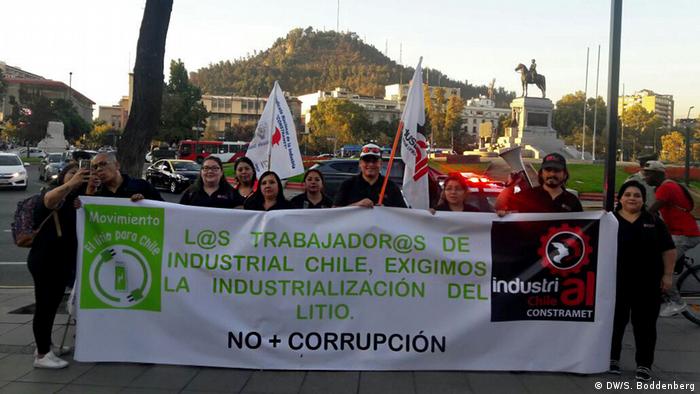 "We're currently exporting many of our environmental problems to other countries, in order to sustain our living standards. Our technology, however, would make it possible to live up to our responsibilities by sourcing important minerals in an environmentally friendly way and from within our own country," she told DW. Apart from that, establishing a regional lithium supply and value chain would create jobs in Germany, she argues, and reduce "our geopolitical dependencies."

The press statement released by KIT recently, says that Grimmer and Saravia are presently working with industrial partners to launch a pilot project for lithium extraction from thermal water. A prototype plant will be built near a geothermal facility in the Upper-Rhine Rift Valley soon, allowing for the extraction of "a few kilograms of lithium carbonate and lithium hydroxide initially." If they succeed, a bigger plant is already being envisioned.

Given Germany's well-established geothermal infrastructure, several hundred tons of lithium per year could be produced nationally with the technology, researchers have found. The latest data suggests that the overall thermal-water potential of the region, straddling Germany and France, would allow for the mining of several thousands of tons a year, if fully developed.

Some experts are already hailing the German lithium deposits as the biggest in the world, but mining industry official Martin Wedig cautions against too much optimism, saying imports of lithium will remain necessary in the future.

"Germany's deposits alone won't be enough to cater for the needs of Europe as a whole," the head of the German mining association VRB said, and noted that lithium production in Germany would only have a future under certain conditions.

As mining costs in South America were substantially lower, for example, he said that Germany must finally decide between higher costs on the one hand and a lower carbon footprint for its domestic lithium on the other.