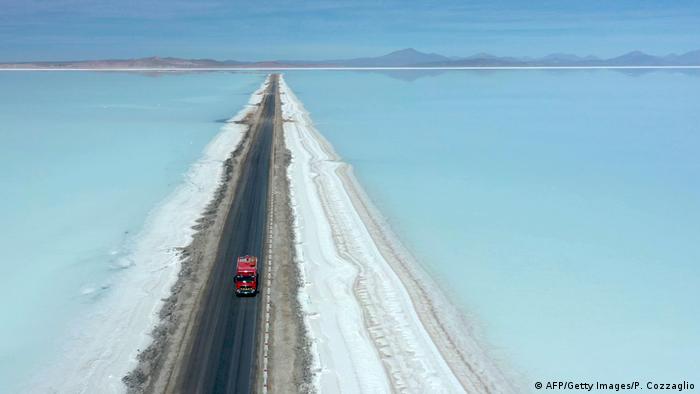 Residents in the city of Potosi, where the joint venture had planned to build a factory for electric vehicle batteries and a lithium hydroxide plant, have been protesting since early October against the project. Organized by the Potosi Civic Committee, protesters say the project would not benefit local communities.

No reason was provided for the decision, but Cejas accused "agitators" from inside and outside the state of undermining development in the region.

It comes as Morales is facing deadly unrest and calls for a new election after he was named winner of the October 20 election for a fourth term. Ahead of the election, Morales had blamed the opposition for organizing the protests against the lithium project to undermine his government.

The Uyuni salt flat in Potosi state is believed to have one of the world's largest deposits of lithium, a key raw material for battery cell production.

The joint venture between Bolivian state company YLB and ACISA aimed to produce up to 40,000 tons of lithium hydroxide per year over a period of 70 years, beginning in 2022.

More than 80% of the lithium was to be exported to Germany, Wolfgang Schmutz, CEO of ACI Group, the parent company of ACISA, said last December.

Morales has sought to avoid lithium being exported only as a raw material, and Germany's willingness to build production facilities in the country helped it secure the joint venture over seven rivals from Canada, Russia and China.

The Bolivian government has argued lithium projects will bring jobs to a poor region of the Andean country.