Does Europe, does Germany really need its own battery cells? | Business | Economy and finance news from a German perspective | DW | 02.05.2019

Does Europe, does Germany really need its own battery cells?

France and Germany have asked the EU executive to approve state subsidies for a cross-border battery cell consortium to curb Asia's market dominance. German analyst Marcel Weiss says the investment might not be worth it. 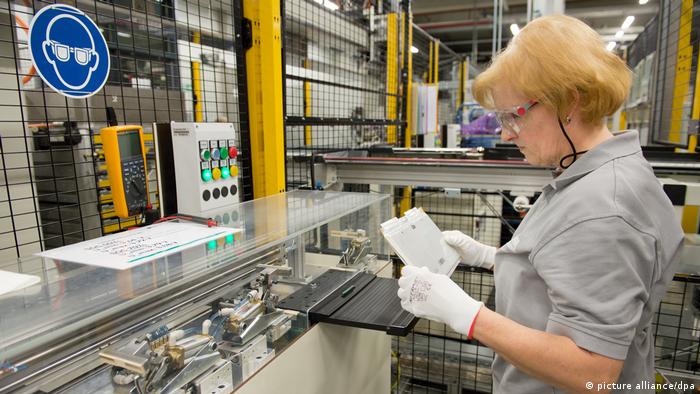 The economy ministries of both countries have sent a letter of intent to the European Union’s executive body asking it to give a provisional go-ahead to the first of a planned three partnerships. The consortium is to be made up of French carmaker PSA with its German subsidiary Opel and French battery maker Saft — a 100-year-old company owned by energy giant Total.

Representatives of the European Commission and policymakers from a number of EU member states, including German Economy Minister Peter Altmaier, have long come out in support of making e-battery cell production a reality in Europe. There's a specter going round of European carmakers becoming too dependent on overseas suppliers. French Economy Minister Bruno Le Maire said the German-French initiative could receive up to €1.2 billion ($1.34 billion in subsidies.

Altmaier and Le Maire met on Thursday to discuss the matter, aiming to make progress with forging further battery alliances.

There's been talk of another German consortium including Swabian battery producer Varta, chemicals giant BASF and Ford Germany. In March of this year, Reuters reported that German carmaker Volkswagen is willing to support a European production facility together with Swedish battery maker Northvolt. VW added back then it was teaming up with another seven partners to form the European Battery Union (EBU) .

While attempts to get cell production going in Europe seem unstoppable now, Berlin-based strategy analyst Marcel Weiss has his misgivings about the project.

DW: Volkswagen wants to produce 3 million electric cars per annum by 2025 as e-mobility is making inroads globally and sales quota in China necessitate such an effort. It shouldn't come as a big surprise then that the carmaker is throwing its weight behind a European e-battery cell production of its own, should it?

Marcel Weiss: Let me put it this way: It wouldn't do any harm, if we had a production facility of our own. But the real question is what the opportunity costs [the loss of other alternatives when one option is chosen] would be. You have to ask yourself whether such a production facility is strategically important for us or not.

Battery cell production is not really a complex thing — you cannot gain any strategic advantage from it, no 10-20-year technology edge that you could turn into profits. You'd have to produce extremely large quantities to compete with the Chinese and the US (Tesla). Bloomberg estimates some $1.2 trillion will be invested in the sector globally by 2040, so the €1 billion that Germany is ponying up is just nothing. Either you go into it lock, stock and barrel, or you don't — like Bosch and Continental, which said participating in cell production wouldn't make economic sense to them.

But don't policymakers and car producers have a point, if they say that remaining dependent on suppliers overseas should be avoided in the long term?

Look, when combustion engines were on the rise, that argument concerning dependence from oil suppliers was not raised, wasn't it? And there was in fact dependence on a few state players at the time, which in the process also teamed up [OPEC] to increase control over prices. They were fully aware of their power and used it — just think about the oil price crisis [in 1973-1994].

But something like that will not happen with battery cell producers. Despite China being a dominant player in the field, there are many other suppliers in the market. Getting caught in total dependency is unlikely. Look at the smartphone market. Apple doesn't have to produce its own batteries.

So, you argue it's the same with battery cells?

Exactly. Battery cells are like a commodity. Producers are confronted with fierce competition. They cannot afford to put selected customers at a disadvantage and heap higher prices on them. 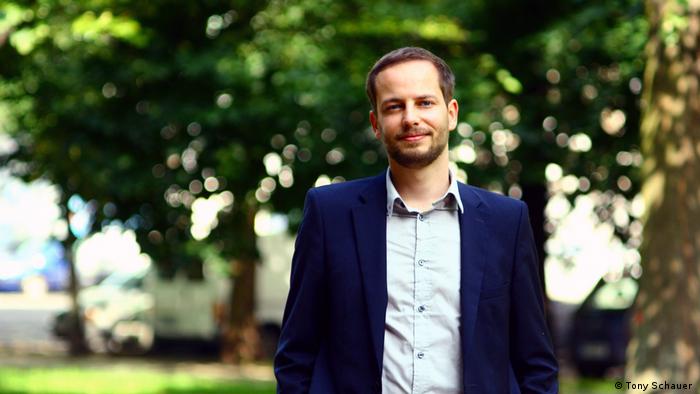 It could of course happen that in case of temporary bottlenecks, Chinese producers would or would be forced to sell to the home market first. But there would still be many other suppliers in a number of countries, many of which are in the process of beefing up their production capacities.

If you say that profit margins are relatively low in the production of battery cells and real money can only be made when making huge quantities, then what should European, German carmakers focus on instead right now?

The automobile industry is currently facing changes of a scale not seen over the past 100 years or so. This is because it's not about shifting to a completely different powertrain, propulsion method. We're also talking about moving on to completely different business models.

What we're seeing are many new companies in the sector such as Uber and Lyft, many firms pushing on-demand business models and mobile apps for new mobility services. That's challenging carmakers and also car ownership as we've known it.

We mostly use our car for short-distances. And perhaps twice a year we use it for longer distances — when we go on vacation for instance. The new business models are unbundling those different car uses for us. That's why — rather than wasting resources on battery cell production — German carmakers should focus on car-sharing services, autonomous driving etc., and that's already happening.

Let's not forget that despite the Dieselgate emissions-cheating scandal surrounding VW and others, German auto brands are still held in high esteem globally. These brands will not win any new friends just because German carmaker A or B produces its own battery cells. No, people will keep loving these cars for their quality and equipment and carmakers' willingness to listen to customers' individual wishes. This positive image needs to be carried over to new business models and new mobility services giving German car manufacturers direct access to end customers.

Although in your eyes battery cell production should not be a priority for European carmakers, there can be no denying the huge push toward electric vehicles of all kinds. What we're witnessing at VW and elsewhere is like an "all-in" strategy. Could we not wake up in, say, 10 years to find out that the electric powertrain has been rendered obsolete by something else — like fuel cell technology or something completely new we don't even have on our radar yet?

What we're seeing is that a multitude of different market players is banking on e-mobility. That becomes particularly obvious in China. Venture capital providers are stepping up their investment in the sector globally. You simply have to consider economies of scale. If something gets produced in large quantities, there's a fast technological learning process involved and prices tend to plummet. Just think of how fast the price of e-batteries has come down.

We're fast approaching the point when an electric car will cost less than a car with a combustion engine. Even if slightly more efficient drive technologies become viable in the process, they will not be able to crowd out electric vehicles just like that.

Maybe some other technology (fuel-cell-based or else) will eventually gain the upper hand when it comes to cargo vessels and the like, but not where ordinary vehicles are concerned. We're simply already too much into it, and the establishment of corresponding market structures makes a reversal away from electric cars highly unlikely.

Marcel Weiss is a German freelance strategy analyst and keynote speaker. He's been focusing on digital economy developments for 12 years. The expert has been based in Berlin since 2009.