Geothermal energy: Why hasn′t it caught on yet? | Environment | All topics from climate change to conservation | DW | 13.09.2017

Geothermal energy: Why hasn't it caught on yet?

Despite being one of the lowest-cost and most reliable renewable energy sources, harnessing heat from the Earth almost doesn't happen outside Iceland. But leaders meeting in Italy this week are trying to change that. 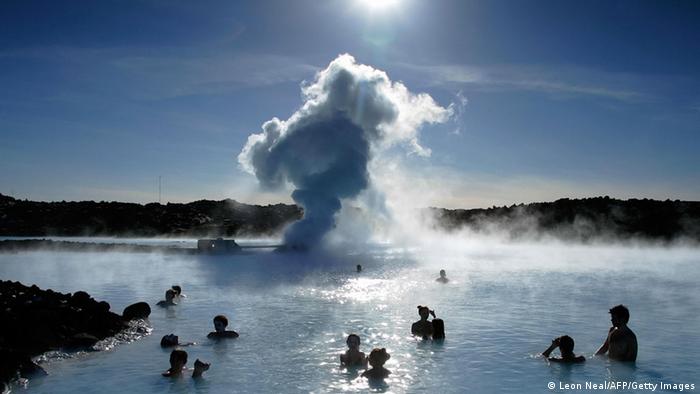 One of the most famous tourist sites in Iceland is the Blue Lagoon, a man-made lake close to Reykjavík Airport that is fed and heated by a nearby geothermal power plant.

Such power plants are common across Iceland -.but little-known in the rest of the world. For many of the swimmers in the lagoon, it is the first time they have ever heard of this power source.

Political leaders from 25 countries gathered at a sumptuous palace in Florence, Italy, this week are hoping to change that.

Yesterday, governmental ministers and 29 partner institutions from the private sector signed the Florence Declaration, committing to a 500-percent increase in global installed capacity for geothermal power generation by 2030.

Although that may sound like a lot, it's starting from a low baseline. Geothermal energy today accounts for just 0.3 percent of globally installed renewable energy capacity.

This is despite its huge potential - for both lowering greenhouse gas emissions and saving money. Geothermal is one of the lowest-cost energy sources available, after startup costs are met. The global potential for geothermal is estimated to be around 200 gigawatts.

The summit was organized by the Global Geothermal Alliance, which was launched at the United Nations climate summit in Paris in 2015.

Run by the International Renewable Energy Agency (IRENA), it is bringing governments and companies together to try to speed up deployment. But significant hurdles remain.

Most geothermal power plants tap into naturally existing hydrothermal reservoirs. In cases where that's not possible, water is pumped down an injection well, where it filters through cracks in hot rocks. The water then returns via a "recovery well," under pressure in the form of steam. That steam is captured and used to drive electric generators or heat homes. 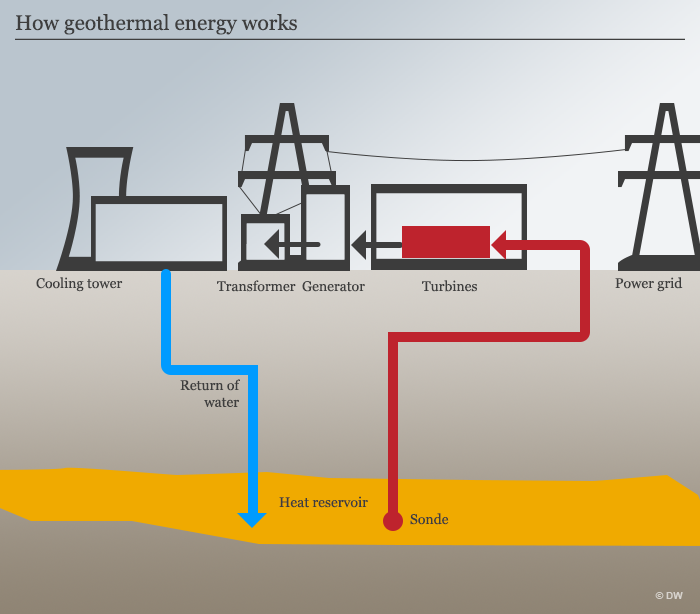 The ring of fire

The two main hurdles have been geographic and financial.

Italy wanted to host this week's summit because it is keen to increase its use of geothermal energy. Delegates were able to tour Italy's first-ever geothermal energy production plant in Lardarello, not far from Florence.

Italy has had the historic misfortune of being situated above some very hot earth - resulting from tectonic activity that causes earthquakes and volcanic eruptions. But that heat underground can also be harnessed to generate power.

Across the world, 90 countries possess proven geothermal resources with the potential to be harnessed, and they are mostly located in regions of tectonic activity. That means that the potential is low in most of Europe, but huge in the Asia-Pacific region.

Yet capital for funding projects in this region has been hard to come by, especially for projects at this scale.

He called this week's Florence Declaration "a milestone that, in the strongest possible terms, demonstrates renewed will to unlock the potential of geothermal." 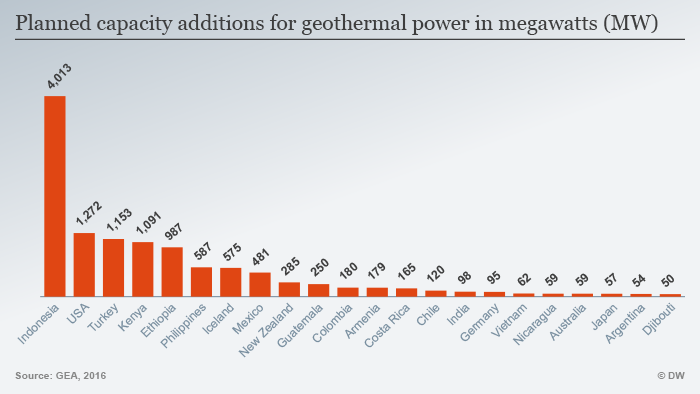 Following the signature of yesterday's declaration, IRENA released a new report, which found that access to capital for surface exploration and drilling remains the main barrier to geothermal development.

The report also found that more transparent government regulations that avoid delays are needed to provide a stable environment for developers and investors.

Representatives of African Union countries, as well as the AU's commissioner for infrastructure and energy Amani Abou-Zeid, were at the Florence summit pledging to provide this transparency. Abou-Zeid said the technology can help Africa decarbonize, while also providing jobs.

"Geothermal energy is emerging as a hidden gem of Africa's renewable energy resources and we must work together, across nations, to ensure this resource achieves its potential."

Amin says such government commitments can encourage private investment in developing these energy sources, which is capital-intensive at the start. "If we can identify and implement mechanisms that deliver a greater level of certainty to investors and developers, then we will move beyond meaningful dialogue to decisive action," he said.

If the countries gathered in Florence maintain their commitments, sites such as the Blue Lagoon may not be unique to Iceland any more.

What is geothermal energy?