Will critics of German Gigafactory slow down Elon Musk? | Business | Economy and finance news from a German perspective | DW | 23.09.2020 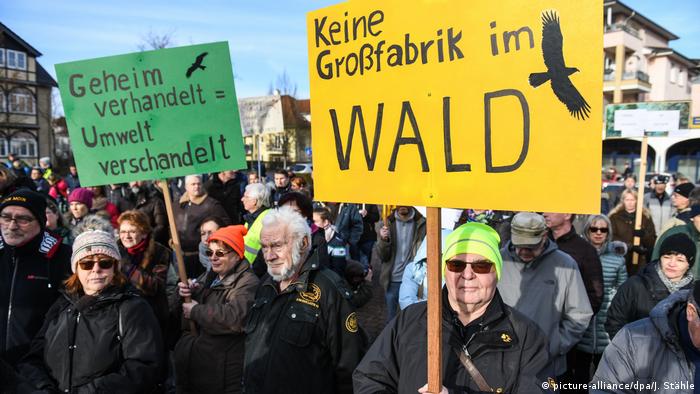 It's a day that many critics of Elon Musk's Gigafactory in Grünheide have been waiting a long time for.

Originally scheduled to take place in March this year, a public hearing was pushed back by the onset of the coronavirus pandemic. The number of officially filed complaints has since swollen to 414, underscoring the need for a platform to deal with the concerns of objectors.

Hearing them can no longer be delayed as the construction of the huge Gigafactory plant is already well underway near the idyllic community of Grünheide in the state of Brandenburg, just outside Berlin.

For Tesla, speed is of the essence

"Once there was a forest, now there's a factory" has been one of the slogans most often heard from critics of the plant which is to create up to 12,000 jobs directly and produce half a million electric cars annually as of mid-2021. 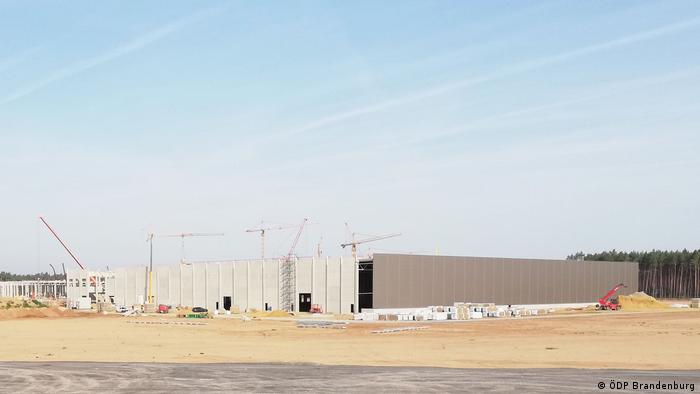 With a final building permit not yet there, Tesla hasn't wasted any time to make its Gigafactory outside Berlin take shape

With one forest area already cleared and parts of the Gigafactory buildings already standing tall near the A10 highway, objectors haven't tired of pointing out that Musk and his Tesla company still don't have a final building permit from the state's environmental authorities, meaning that Tesla is forging ahead at its own risk and would have to restore the place to what it was like before construction started if the permit is denied.

That, of course, seems rather unlikely, leaving objectors annoyed at the sheer speed of construction work. Tesla aims to complete the factory even faster than its sister plant in Shanghai by using prefab components.

Will complaints be watered down?

While some critics target the logging of trees for the Gigafactory — with yet another forest area to go for a separate highway exit — most complaints center around water supply and water safety concerns among residents in Grünheide and the wider area.

One of the critics, Thomas Löb, told DW the Gigafactory may have a huge impact on the water supply of the wider region, with part of the area being a drinking water protection zone. Löb is head of the Brandenburg branch of the Ecological Democratic Party (ÖDP).

Besides concerns about the vast amount of water that Tesla is expected to need, Löb and many of his fellow objectors don't approve of the company's building technique that involves driving over 500 piles deep into the ground to secure factory foundations. 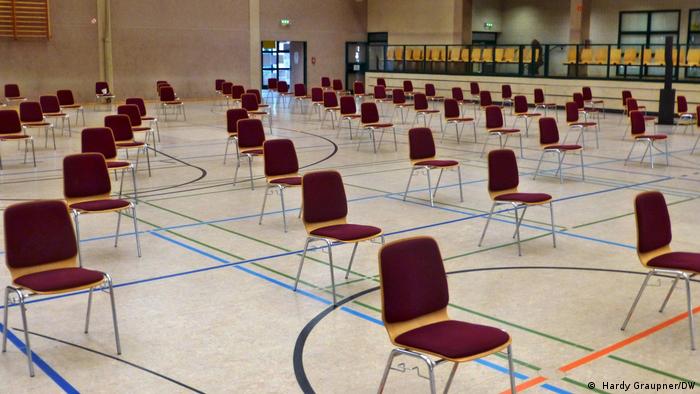 "These piles pose a big danger," Löb warned. "After all, they could damage numerous natural aquifers that are located directly beneath the factory." He demanded that the concerns of the locals take precedence "rather than the high-flying ambitions of a US businessman."

His concerns were echoed by Michael Ganschow from the Green League Brandenburg, an ecological pressure group. "In principle, it's all very clear — safe water supply for residents is an absolute priority," he told DW. "Only if this is guaranteed can we talk about the interests of Tesla or in fact any other company that wants to be located here — but what we see right now is that this principle is being turned on its head."

Other complaints voiced related to fears that the local infrastructure might not keep abreast of industrial developments in and around the Grünheide community, now a place of under 9,000 inhabitants.

Even without the Gigafactory, there are frequent traffic jams during peak hours. Critics fear the situation will get out of control completely with more and more delivery trucks on the road and thousands of employees commuting to the Tesla plant every day in the years ahead.

Additionally, the Gigafactory may only be the beginning of something even bigger. The state of Brandenburg had for many years fought an uphill battle to attract investors, and the arrival of the iconic Tesla brand certainly has the potential to lure more big employers to the region.

The complaints brought forward at the hearing also went to show that some critics — while welcoming the current campaign in Germany and beyond to switch to renewables and greener ways of transportation — question the philosophy of "clogging up the roads with even more cars, be they environmentally friendly or not," as Sophie Scherger from the Berlin-based PowerShift research team told DW. 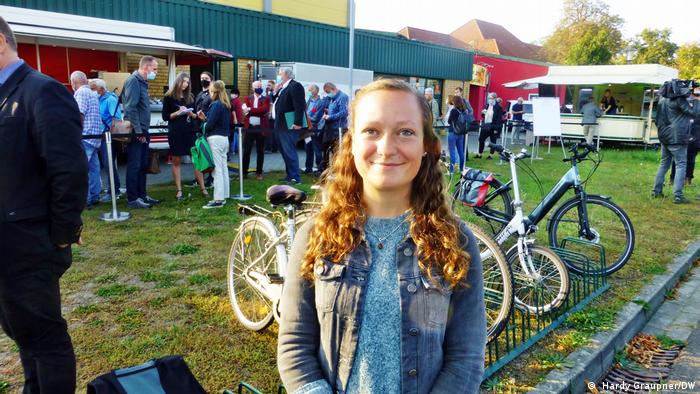 "The thing about Tesla is that we actually want fewer cars on the roads in the long run, and we definitely don't want to see any mass production of big electric SUVs that consume a lot of material, while mining causes considerable damage to the environment," Scherger argued.

The ÖDP's Thomas Löb said the Tesla cars to come from the plant in Grünheide "will do nothing to ease any traffic jams on our roads, on the contrary — we'd rather welcome large-scale investments in our insufficient public transport infrastructure."

The public hearing may continue for several days, depending on how fast the objections can be dealt with by Brandenburg's environment authorities. Afterwards, the officials will take some more time to analyze the complaints further and come up with a final decision later this fall.

At least four people, including a 16-year-old, have been killed in Bavaria after a structure collapsed during concrete construction work. Police said they were found buried under debris.