When US carmaker Tesla announced its plan to build a Gigafactory just outside of Berlin, euphoria spread among both German policymakers and locals. But as Hardy Graupner reports, the skeptics are getting into gear. 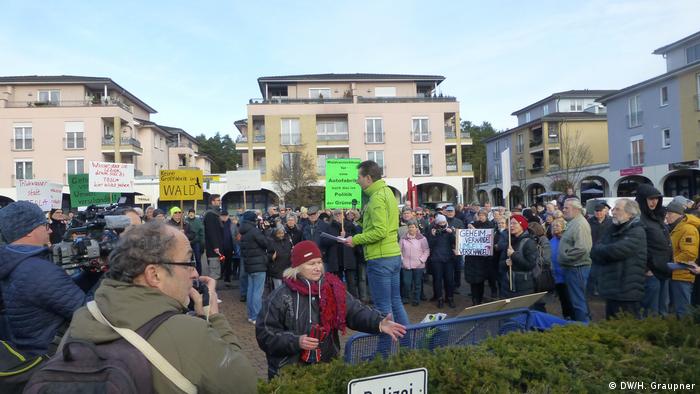 Earlier this year, Tesla CEO Elon Musk announced he would build the carmaker's fourth Gigafactory near the community of Grünheide just outside of Berlin. The place has just under 8,000 inhabitants, and with its sprawling forests and numerous lakes and rivers, it's where people have moved to to escape the hustle and bustle of Berlin.

It goes without saying that any plan to turn the tranquil community into a major industrial hub would meet with resistance by some locals. But it's not just "some" anymore. The camp of opponents has meanwhile taken the upper hand, at least they are more vociferous and are obviously easier to mobilize than the supporters of the planned Tesla investment.

Construction of the Gigafactory is to start this year. Before something new is created, something old has to go, notably a 300-hectare forest. The first electric vehicles are slated to leave the plant in 2021. 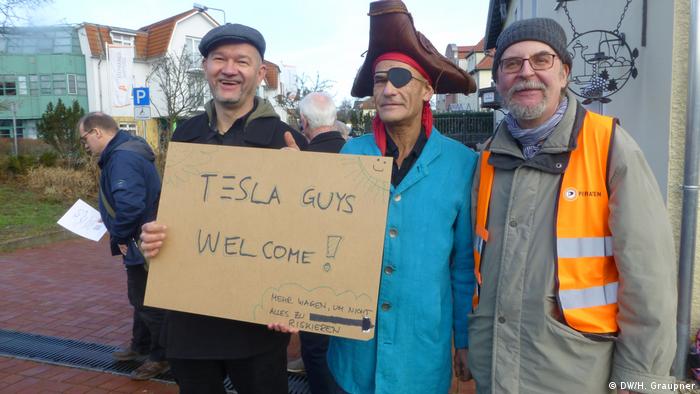 That's a very ambitious timetable, but this local resident insists it's feasible and well worth it:

"You have to consider the long-term impact of the Gigafactory not just regionally, but in general," he tells DW. "It'll be good for the environment in spite of the trees that have to be logged — yes, there are challenges ahead, but I have no doubt there will be technological solutions to all the problems at hand."

"I think it's terrible that we're seeing a 'You are not welcome' culture gaining traction in Grünheide," says another pro-Tesla campaigner. "Let us see to it together with Tesla that production will really be CO2-neutral and let's thus make a contribution to tackle the most imminent problem, climate change."

"Yes, many residents are worried about the forest that has to go for the Gigafactory," concedes another. "What they don't see, though, is that a lot more trees won't have to be felled eventually with more electric cars on the road and fewer cars with combustion engines consuming biofuels grown on vast areas for which forests had to go." 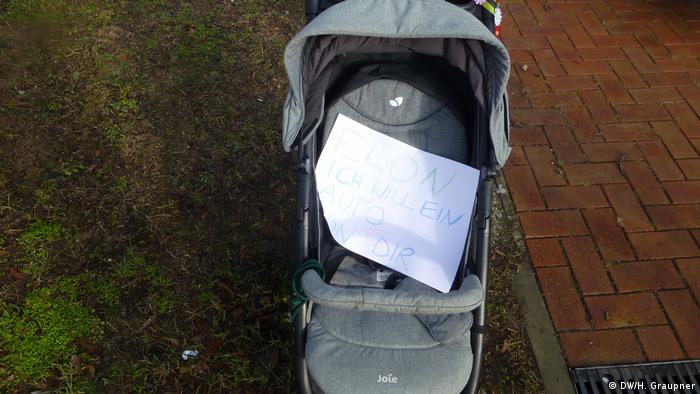 A declaration of love with a difference — 'Elon, I want a car from you!'

Grünheide not out of the woods yet

"The problem is local authorities keep telling us the pine forest in question is of low quality anyway, and it would be no big loss to see it go," one of the many opponents of the Gigafactory tells DW. "The thing is the pines may not look very strong, but pines are about the only trees here that put down roots deeply enough to cope with extremely hot and dry summers," he argues.

"It's like always — we Germans are pointing fingers at what's going on with the forests in Brazil, while at home we're quick to let an intact forest area go for an industrial investment scheme. Why didn't the local authorities suggest a location further south in the state of Brandenburg where coal mining is being phased out and vast stretches of land are available for a project like this," he asks. "People there are desperately looking for alternative jobs anyway."

An added irritation for many is the lack of information on what the Tesla plant will do to the groundwater and drinking water reservoirs in the region. Grünheide is located in the middle of a vast sanitary zone of well protection. There have been some reports that Tesla was planning to operate its own well on the Gigafactory compound to get access to the huge amounts of water it will need in the production process. Other reports say this plan is off the table, which would require the company to get its water from further apart, probably causing groundwater level problems there. 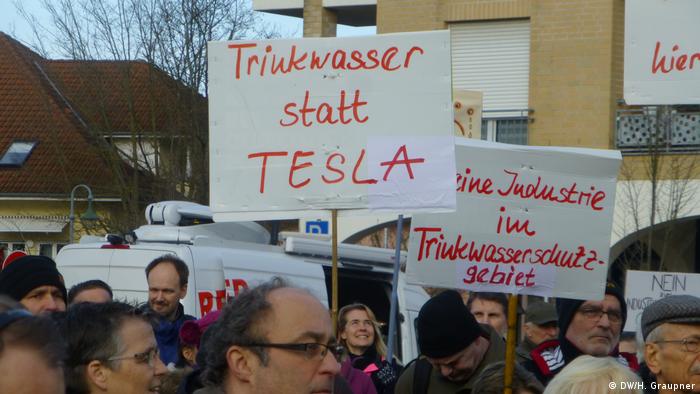 The water issue gives rise to heated debates among the locals. "If Tesla really uses its own well here, we would see the water level in our lakes around here go down drastically," says another critic of the Tesla plant. "But local authorities are obviously willing to put up with that — it's alarming to see how little a drinking water protection zone is worth today."

"Let alone the wastewater issue," he adds. "Tesla will run a foundry here plus a paintshop and eventually a battery production unit — so we're talking about a lot of hazardous substances that might trickle into the groundwater if there's an accident."

"Let's face it, Grünheide is not prepared for the Gigafactory in many ways; the roads are already clogged, and there's little space left for new housing areas," says another resident. 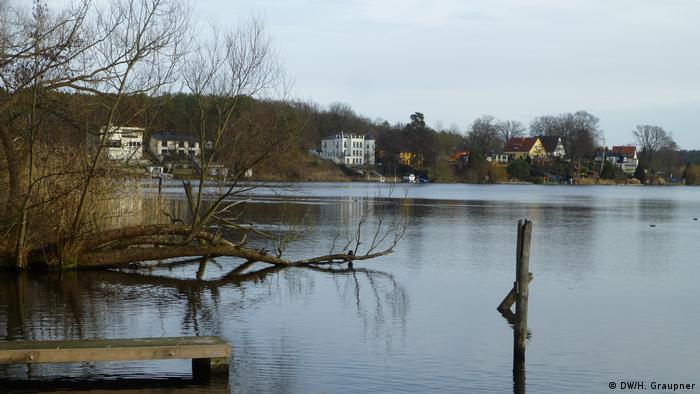 There's no doubt Grünheide is an idyllic place — but for how long?

His wife adds that the locals won't profit from the 8,000 or so jobs that are meant to be created. "Number one, the vast majority of folks here just live in Gruenheide, but work in nearby Berlin or elsewhere, there's no big employment problem," she elaborates.

Number two, the locals wouldn't be hired by Tesla anyway as we don't have any experts in the production of electric vehicles — employees will come from further apart in Germany and abroad. So the bottom line for us is we won't profit directly but will lose our idyllic community, and that's not a good deal."