With coal on the way out, a traditional mining area in eastern Germany is concerned about its economic future. A grassroots movement wants Tesla's Elon Musk to come to the rescue, as Hardy Graupner reports from Lusatia. 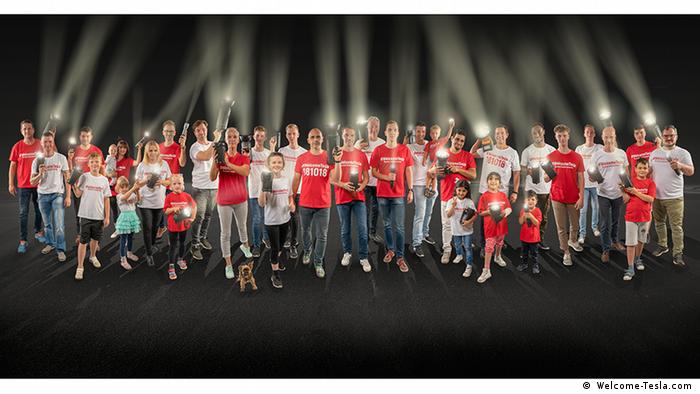 In a recent tweet, the chief executive of iconic American electric carmaker Tesla, Elon Musk, indicated he might consider Germany as the location for another of his planned "GigaFactory" battery production plants.

The Wall Street Journal reported in July that Tesla had in fact held talks with officials from two undisclosed German states on where to build its first major European plant where both cars and batteries would be produced.

Vague as this tweet may have been, people living in eastern Germany's Lusatia region spanning the states of Brandenburg and Saxony have been electrified by Musk's message and have since been pinning high hopes on winning Tesla's attention.

The #WelcomeTesla grassroots movement of private individuals and small and medium-sized companies has, meanwhile, secured the support of some 125,000 Lusatians, and counting.

A way out of coal

The reason for the region's interest in a GigaFactory is easy to understand. Lusatia has been a center of lignite — or brown coal — mining for centuries. Coal has been a major source of income, and mining is still providing jobs to thousands of people there.

However, as Germany's transition to renewable energy takes shape and coal has fallen into disgrace as a major polluter, the Lusatia region is bracing for a structural change involving the pursuit of new and future-proof jobs.

Anything to do with electric car and battery production could give them such jobs, the locals hope. 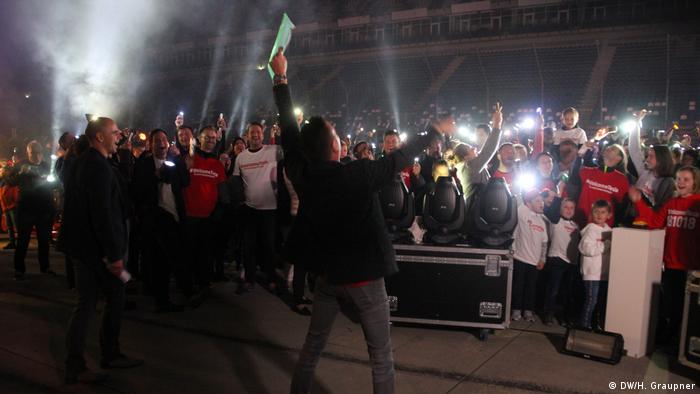 "When lignite mining peters out in our area, our region definitely needs a new pillar to stand on," said Ralf Henkler and Jens Taschenberger, the two men behind the pro-Tesla campaign.

But how could they possibly convince Elon Musk in faraway California? Well, just show him how strong their grassroots movement is, they thought to themselves.

So supporters this week flocked to a huge racetrack in Lusatia some 190 kilometers (118 miles) southeast of Berlin. All came armed with flashlights, spotlights and laser-pointers to send glaring beams of light toward the night sky above them in a symbolic gesture "to show the Roadster its way back to where it should belong — Lusatia," as campaigners put it.

It was a nod to Elon Musk's Falcon Heavy rocket, which in February of this year catapulted one of the entrepreneur's red Tesla Roadster cars toward Mars.

A parade of Tesla cars and the presentation of a song composed for the campaign in both English and German rounded off the event.

"I'm not sure whether Elon Musk will respond to our action day, but at least I seized my once-in-a-lifetime chance today to get into a Tesla car and have a drive on the racetrack here," said one supporter.

Lusatians say they're a 'perfect fit' for Tesla

Lusatians at the event argued that their region has a lot going for it  — in fact, many even believe that Elon Musk wouldn't find a better place on this planet for his European GigaFactory.

They cited the region's advanced traffic infrastructure as well as its drive to become a major center for the automotive industry.

Vehicle inspection company DEKRA is building Europe's largest independent center for automated and connected driving in the middle of Lusatia, while Mercedes-Benz is investing €100 million ($115 million) in a battery factory there.

On top of that, the Czech Republic's huge lithium-rich area is a two-hour drive from Lusatia, which could be a strategic advantage for a GigaFactory dependent on steady lithium supplies. 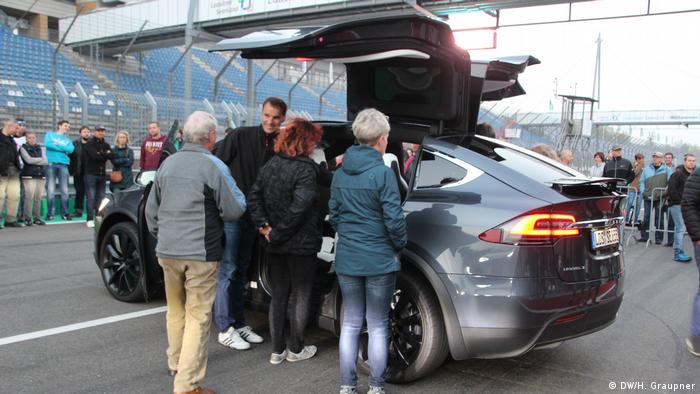 Lusatian campaigners had ample opportunity to look at various Tesla models and ask about their innovative technology. They were later awarded with a test drive

"If it is to become a real European GigaFactory, than where else would it fit in better than here, with Lusatia being close to the Czech Republic and Poland and hence being a perfect bridge between Eastern and Western Europe," argued the campaign's Jens Taschenberger.

Fellow campaigner Ralf Henkler agreed, adding there was no time to waste.

"We cannot wait and only start in 10 years' time to look for something else. So, we have to create as much awareness as possible among policymakers and investors now of what the advantages are in starting something new like a GigaFactory right here."

Those attending the event were a bit disappointed that the organizers' call for a live video message from Elon Musk went unheard.

"Maybe, Musk needs some more time to weigh his options," one of those present said, "but in the end, he can't just ignore us."