As Tesla CEO Elon Musk is visiting Germany, fans and opponents of his Gigafactory near Berlin are gathering once again to make their voices heard. DW's Grzegorz Szymanowski was on the ground in Grünheide. 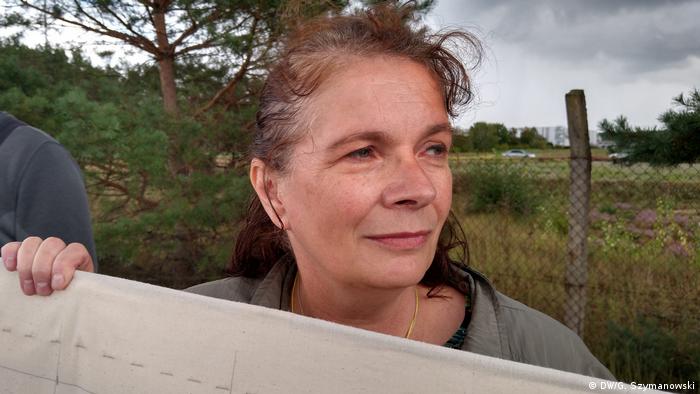 If Beatrix Hundertmark got the chance to talk to Elon Musk, she would tell him that he made a grave mistake.

"It's a totally wrong place for this investment," she says, standing just opposite Tesla Street in Grünheide, Germany.

Here, Musk's electric car company Tesla is building its biggest factory in Europe. Just next to a Berlin motorway ring, trucks drive in and out of the construction site, cranes spring up in the sky; carcasses of future production halls are visible in the distance. 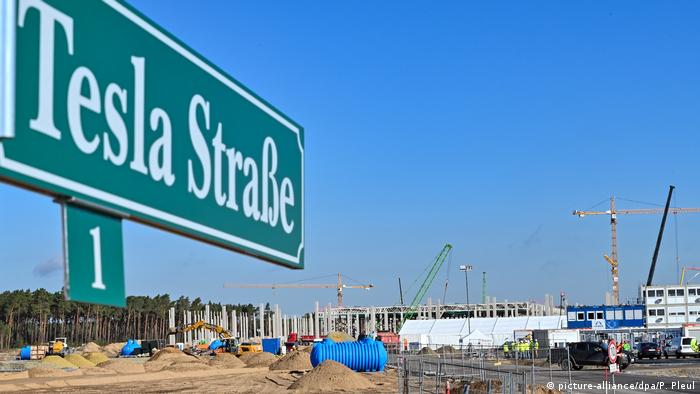 The Gigacatory is making rapid progress, hoping to be up and running by mid-2021

Hundertmark came here to protest against the investment and together with some like-minded local residents waits in the pouring rain to shout it out to Musk himself.

It only took the eccentric businessman to tweet that he wants to visit the Grünheide site during his stay in Germany this week, and a few days later dozens of local residents, journalists, and Tesla fans crowd at the entrance to the site, all of them hoping to see Musk in person. Hundertmark carries a big banner: "Stop the depletion of nature and groundwater now!"

"For two years we are being told to save water, and now there should be enough of it for this factory?" she asks angrily. She lives two kilometers (1.24 miles) away and is worried that the investment will worsen the water shortages, which are haunting this region.

To build the planned 500,000 electric cars per year, Tesla hopes to employ up to 12,000 people in Grünheide. This could give a boost to the region, which was formerly part of communist East Germany. But Hundertmark remains skeptical. The unemployment rate is low, she says, and "those, who are unemployed already, won't find jobs at Tesla anyway," she believes.

Steffen Seiler, another local resident, scoffs at the protesters. He came to the site to show his support of the project. "There has been no development here since the political upheavals," he says, referring to the reforms after the fall of the Berlin Wall, which left many industries in former East Germany shattered. 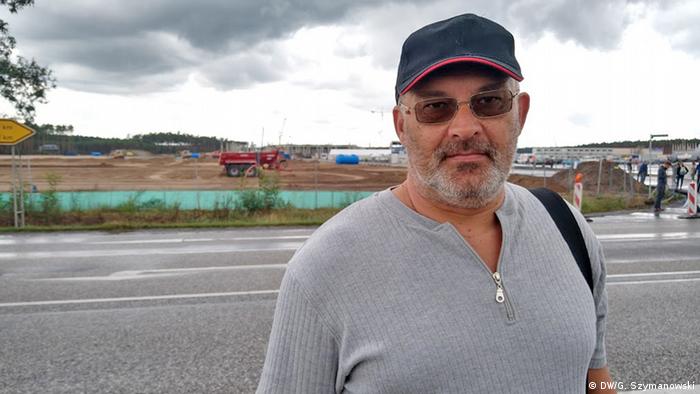 "I don't even receive a mobile phone signal at my place," Seiler says. Now, Elon Musk is in the region — the man who sends satellites into space for wireless internet. For some here he's like a long-awaited savior.

Seiler is 54 years old, in early retirement. He hopes to be able to sell some of the family land only a few kilometers away for residential use for future Tesla employees. But the protesters in his village have blocked such deals until now. "I can't stand it," Seiler says.

There's one group of people, though, that doesn't seem to mind the long wait: the hardcore Tesla fans.

Take Robert and Andreas Wolf. The twin brothers wear similar T-shirts, share a Tesla car, and travel with it to the site once a week from Berlin to film the construction progress with their drones. Their footage gets thousands of views on YouTube. They are amazed by the speed, with which the South African-born businessman pursues his investment. "He always finds a way and resources," says one of the brothers. 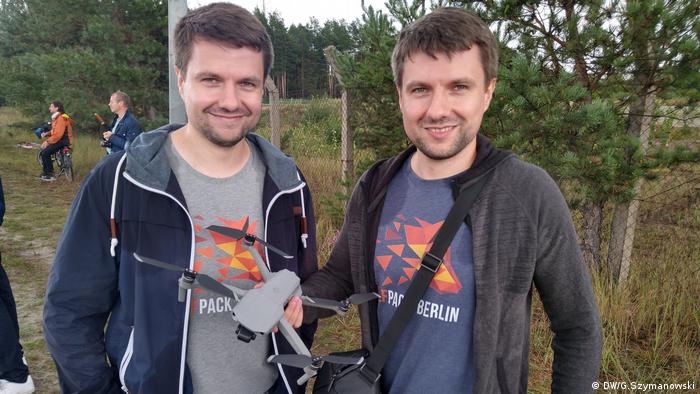 Musk announced his plans for the German Gigafactory last November, and now the factory is already taking shape, even though it still lacks the final environmental construction approval. In the worst case, if it is not granted, Tesla would need to dismantle everything at its own cost. It seems like a big bet, one worth billions of dollars. But if everything goes according to Musk's plan, the plant will start operating in 2021.

His fans standing at the site's entrance are full of praise: "It's motivating and inspiring to follow him," says Robert Wolf.

"We need more investors like him in Germany," says another man, who came with binoculars to be able to see Musk. "With all the regulations and subsidies in Germany we are scaring off big investments. For me, Musk symbolizes progress and business power."

The center of Grünheide is five kilometers away from the construction site. It's a sleepy little town of 8,000 inhabitants, sandwiched between two picturesque lakes. Here, Michael Schweer-de Bailly sits in the neighborhood center that he runs together with his wife. 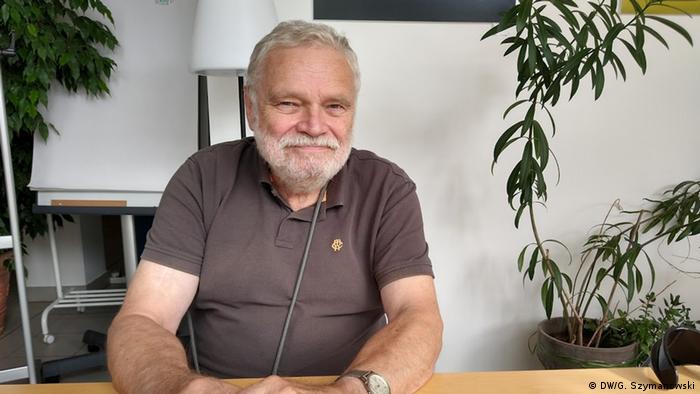 He prepares to conduct a German language class for medical apprentices from China and Vietnam, who study in a nearby clinic. They come to fill up the places of young Germans, who are leaving this region for better-off parts of Germany in the west and the south.

For two hours every week Tesla uses his neighborhood center to organize information events for the local residents. Schweer-de Bailly went there many times. "These events helped to calm people down," he says regarding the widely shared worries about water scarcity in the region.

He is in favor of Tesla's project, since he hopes that the company will be able to take water from other regions as well.

Now he has another worry. "Musk is a sprinter," says Schweer-de Bailly, describing the speed of construction on the outskirts of the community. "But will we be able to build the necessary infrastructure in time?" He lists all the necessary steps: bigger trains coming to the town more often than once an hour, housing for Tesla employees, a new highway exit. It seems that many in this sleepy German region will now need to learn how to match Elon Musk's pace.

Musk has vowed not to move forward with the acquisition, leading to a legal battle with the social media giant.