The billionaire is visiting Germany to explore a potential coronavirus vaccine made by CureVac. The biotechnology firm, which Germany has a direct stake in, is in the advanced stages of developing a vaccine candidate. 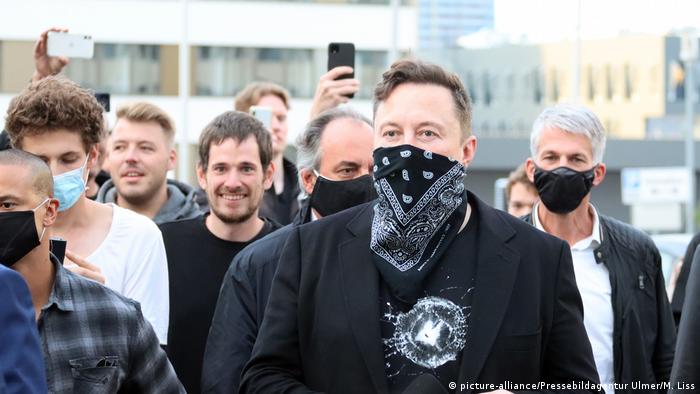 Billionaire entrepreneur Elon Musk is visiting Germany to scope out the development of a coronavirus vaccine candidate, and met with Economy Minister Peter Altmaier on Wednesday.

The leader of Merkel's CDU/CSU conservative parliamentary bloc, Ralph Brinkhaus, said Musk had expressed satisfaction at the progress made by the alliance of his car-making company Tesla and vaccine developer CureVac.

The costs and benefits of healthcare

On Tuesday, the Tesla CEO visited CureVac headquarters in the southwestern town of Tübingen. The firm is in the advanced stages of developing a potential vaccine for the virus.

Tesla is helping build mobile molecule printers to make the potential vaccine against COVID-19 that CureVac is working on.

On Sunday, Musk announced that he would head to Germany to discuss cooperation with CureVac and the construction of a Tesla factory in Grünheide, on the outskirts of Berlin.

"Tesla, as a side project, is building RNA microfactories for CureVac and possibly others," he tweeted in July.

The car manufacturer has not yet released details on the project.

Starting in mid-2021, Tesla plans to produce around 500,000 electric vehicles annually at the Grünheide "Gigafactory," creating around 12,000 jobs. The plan does not yet have full environmental approval.

The European Commission said in August that it was in advanced talks with CureVac, which is partly owned by the German government, regarding the purchase of 225 million doses of its vaccine. In June, Germany paid €300 million ($356 million) for a 23% stake in the company.

Until then, billionaire German entrepreneur Dietmar Hopp, co-founder of German software company SAP, had been the biotech firm's biggest investor.

Germany also signed an agreement with France, Italy and the Netherlands to procure 300 million doses of a potential coronavirus vaccine from the British-Swedish pharmaceutical group AstraZeneca. Under the deal, all EU member states must receive supplies of the vaccine as soon as it is discovered.