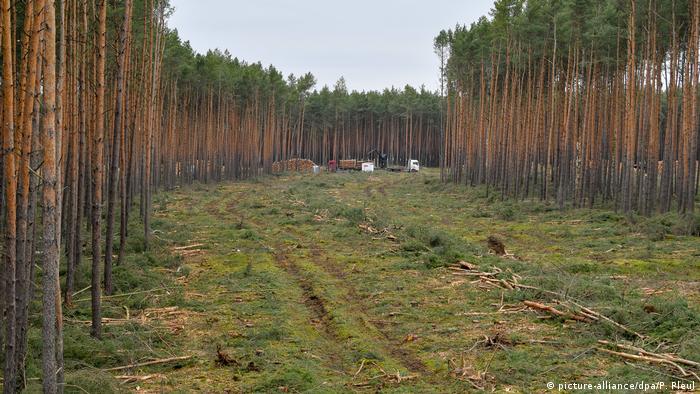 The higher administrative court of Berlin-Brandenburg on Thursday allowed Tesla Inc, a US electric-car maker, to continue clearing the Grünheide forest near Berlin for its massive Gigafactory project. The court said that its decision was final.

The court rejected pleas by environmental activists, who had managed to halt work at the site with an injunction on February 18th. At the time, the court had warned that its temporary injunction to Tesla's project should not be assumed as a success for the activists. Tesla was given three days to clear the forest and work was halted on the second day.

Local activists from two organizations - the Green League of Brandenburg and the Association for Landscape Management and Species Protection in Bavaria - had argued that the Gigafactory, which will produce electric batteries and cars, would affect local wildlife and water supply. Elon Musk, the founder and chief executive officer of Tesla, argued that the Gigafactory 4 (GF4) would use far less water on a typical day than they claimed. He added that the forest being cleared was "not a natural forest — it was planted for use as cardboard and only a small part will be used for GF4".

Tesla plans to clear 92 hectares of forest for its Gigafactory, which is set to open in 2021. The factory is set to employ over 10,000 people and produce at least 500,000 electric cars each year. The project, however, has divided the environmental movement in Germany. Ramona Pop, a senior local politician with the Green Party in the city state of Berlin, criticized the Green League's injunction. In an interview to the Berliner Zeitung, she said, "you don't always have to oppose everything. It is absurd to declare a pine plantation as a forest. We need to keep some perspective. Tesla's future investment should be allowed quickly for clean mobility and climate protection."

When conservationism and construction clash in Germany

Realizing major construction projects in Germany isn't always easy, especially with climate and environmental protection in the spotlight. Conservationists often put the brakes on such projects, as Tesla is finding out. (18.02.2020)

Tesla’s factory outside of Berlin is ready to start rolling out new cars but necessary permits by authorities are still pending.