First element in periodic table: Why all the fuss about hydrogen? | Business | Economy and finance news from a German perspective | DW | 12.06.2020

First element in periodic table: Why all the fuss about hydrogen?

Germany wants to become the world leader in hydrogen technology as it strives to spearhead a drive to meet its energy needs with the most abundant element in the universe. Here's what's so astonishing about hydrogen. 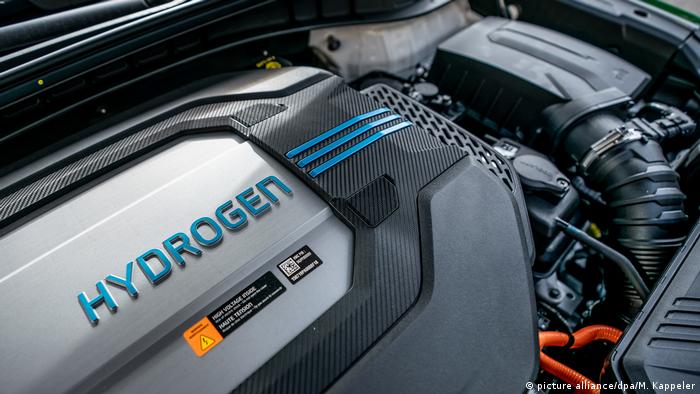 Although hydrogen accounts for about 75% of the mass of the universe, the innocuous little Element 1 in the periodic table wasn't easy to discover.

Back in 1671, an Irish chemist named Robert Boyle was the first to artificially produce the extremely light and inflammable gas while experimenting with iron and acids. But neither he nor several other scientists, who produced hydrogen over the following almost one hundred years, realized that the gas was a separate element.

Then, in 1766, British scientist Henry Cavendish discovered that hydrogen was a "discrete substance," meaning an element of its own. He named the gas "inflammable air" and speculated it was in fact identical to a hypothetical substance called "phlogiston," which derives from ancient Greek and describes a fire-like element released during combustion. Cavendish, who is usually given credit for the discovery, also found out in 1781 that the gas produced water when burned.

But hydrogen was given its actual name by another scientist, the French chemist Antoine Lavoisier. He derived it from the Greek term for water, hydro, and the word genes, meaning creator, because hydrogen "creates water" when it burns.

What is the color of hydrogen?

The gas is colorless, you might immediately say, which is true of course. But as hydrogen is hyped as the Holy Grail of the green energy transition, scientists gave it three additional colors to describe where the gas is actually sourced from.

There is "grey hydrogen", which is produced using natural gas. Unfortunately for Mother Nature, the process — widely used in the petrochemical and fertilizer industry — causes significant carbon emissions. On a global scale, grey hydrogen is responsible for almost 2% of worldwide emissions.

Secondly, and with a lesser ecological footprint, there is "blue hydrogen." It's also based on natural gas, but contains CO2 garnered from a new technology called Carbon Capture and Storage (CCS), which aims to capture carbon emissions that would normally go into the air and heat up the atmosphere.

And, finally, we have "green hydrogen," which is the product of the electrolysis of water using renewable electricity, with net carbon emissions being close to zero. The obvious big advantage of green hydrogen is it can absorb excess electricity when the supply of wind and solar power exceeds demand. It would work at very low and even negative electricity prices, making a great business case for production when more and more renewable energy will come online.

The physics and chemistry behind Element 1

Hydrogen is believed to be one of three elements produced in the so-called Big Bang, the others being helium and lithium. It is the most abundant element in the universe, making up 75% of normal matter by mass and more than 90% by number of atoms. Life cannot exist without hydrogen, because it is in nearly all of the molecules in living things. 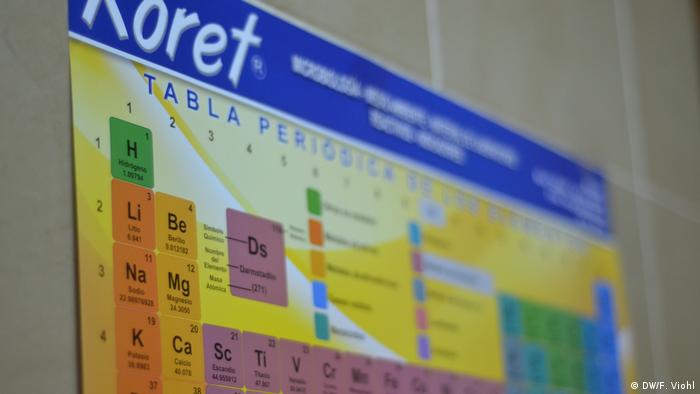 Hydrogen is No. 1 in the periodic table, but can it also be No. 1 when it comes to curbing environmental pollution?

We owe most of the energy on our planet to hydrogen, due to the sun's nuclear fires which convert hydrogen to helium releasing massive amounts of energy. Mankind's first chain reaction experiment was carried out using a mixture of hydrogen gases and chlorine. In 1913, German chemist Max Bodenstein triggered the chain reaction in the mixture — years before the first nuclear chain reaction was discovered.

In the petrochemical industry, large quantities of hydrogen are used in upgrading fossil fuels, especially in a process called hydrodesulphurization used to separate the sulfur in the fuels.

Moreover, there's a process called hydrogenation and meaning that hydrogen is added to various substances to convert, for example, unsaturated fats and oils in margarines to saturated ones. When combined with nitrogen, hydrogen is used to make ammonia for fertilizers, and the versatile gas can even reduce ores to metals.

Due to its many favorable properties, including low density and viscosity as well as the highest specific heat conductivity of all gasses, hydrogen is a perfect coolant in power station generators.

In the semiconductor industry, hydrogen is employed to saturate so-called broken, or "dangling" bonds of amorphous silicon and amorphous carbon that help stabilize material properties.

Not to forget hydrogen as an energy source. Experts agree that we are still decades away from using the gas for this purpose because there it can only play a role in the hypothetical context of commercial nuclear fusion power generation, a technology presently far from implementation. The sun's energy also comes from nuclear fusion of hydrogen, but this process has been difficult to achieve in a controlled manner on Earth so far.

A role in the post-carbon future?

Unfortunately, producing elemental hydrogen requires more energy than is obtained by burning it. Moreover, energy density per unit volume is significantly less than that of tradition fossil fuels.

But against the background of global efforts to mitigate climate change, "green hydrogen" is widely discussed as a possible future carrier of energy that could lower greenhouse gas emissions.

In transportation, fuel cells, which convert hydrogen and oxygen directly to electricity, could replace the combustion engine and even offset most of the downsides of battery-powered cars like range and recharging times. For heavy-duty trucks, the technology seems to be the only commercially viable low-carbon alternative to traditional fuels, also in rail transportation.

Green hydrogen can also be stored, distributed, and used as a feedstock for stationary power and industrial and manufacturing sectors such as steelmaking.

But despite being a promising energy carrier in a low-carbon energy system, green hydrogen is still facing significant technical and commercial challenges. Its disadvantages like weak energy efficiency and huge infrastructure requirements could be overwhelming outside a few core uses.