An alliance of 11 Japanese carmakers and energy firms has pledged to build a lot more stations for hydrogen fuel cell vehicles. The move is meant to boost the production and sale of new-energy vehicles in the country. 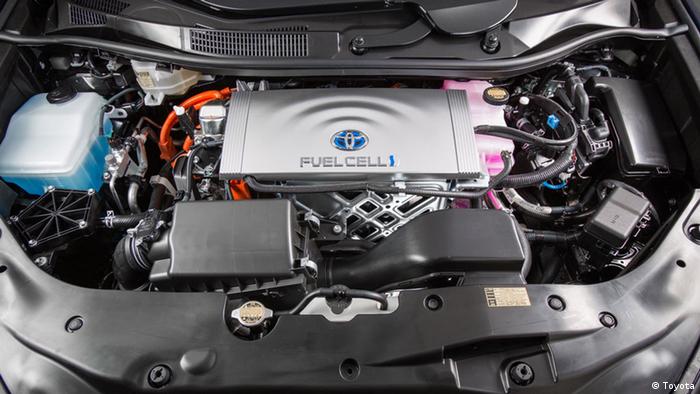 Top Japanese carmakers announced Monday they were teaming up with energy companies to nearly double the amount of hydrogen stations as the world's third-largest economy seeks to head off competition from China and Germany.

Toyota, Nissan and Honda formed a joint venture with major gas and energy firms to build 80 new hydrogen stations in the next four years to add to the roughly 100 such stations already in operation in Japan.

"At this stage, we believe there is significant space for cooperation, rather than searching for areas of competition," Toyota Executive Vice President Shigeki Terashi told reporters.

The new venture dubbed "Japan H2 Mobility" comes as many economies rush to issue tougher environmental regulations that are spurring research on and the development of cleaner cars and trucks.

Effort to drive down costs

Japan has long focused on promoting fuel cells, which combine hydrogen and oxygen in an electrochemical reaction, producing clean electricity to power vehicles or home generators.

But fuel cell cars cannot get off the ground without a dense network of hydrogen stations and vice versa, with the chicken-and-egg dilemma having stalled the rollout of the technology in recent years.

Both the stations and the fuel cell vehicles had to be developed in tandem to cut costs, executives said.

Only a handful of carmakers currently market fuel cell vehicles (FCVs), including Toyota, Honda and Hyundai. Toyota has sold only 5,300 units of its Mirai FCV since its launch in 2015, while it has shifted a total of 11.5 million gasoline hybrids since the Prius 20 hit the market.