Hydrogen and wind: Allies for sustainable energy | Environment | All topics from climate change to conservation | DW | 15.06.2016

Integrating hydrogen technologies and wind power could lead the way toward 100 percent renewable energy. But the path is under construction - and still requires a lot of hard work. 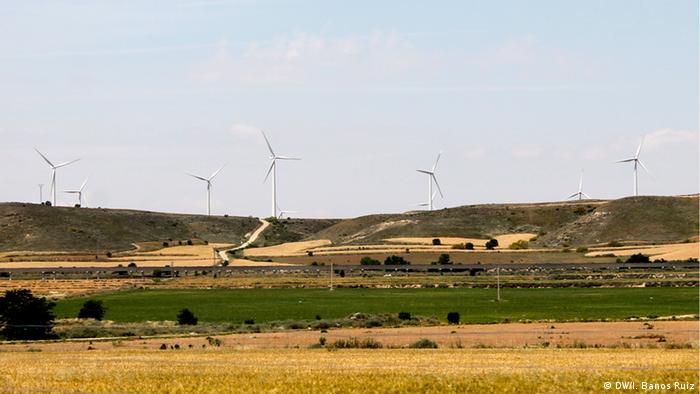 At wind farm close to Zaragoza - famously Spain's own windy city - the blades of giant turbines spin relentlessly. Their imposing figures towering above the landscape would have had Don Quixote shaking in his boots.

In Europe, Spain is second only to Germany in terms of installed wind power capacity. But as the supply of clean energy grows, making the best use of it remains a challenge.

Because electricity from wind and other renewable sources fluctuates with the weather - unlike the steady supply from burning fossil fuels - sudden storms can overload the grid, while at other times there might not be enough power to meet demand.

That's why experts say until we have a way to store renewable energy, it won't be able to fully replace conventional power.

"It is difficult to think of a higher penetration of renewable energy - the 80 or 90 percent that should be a reality before 2050 - without energy storage systems," Jesús Simón, head of technical department at the Foundation for the Development of New Hydrogen Technologies in Aragon (FHa) told DW. 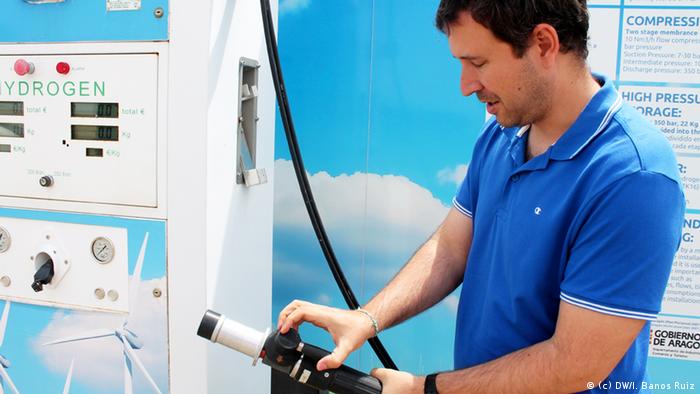 The most abundant element in the universe

This week gusty Zaragoza hosts the World Hydrogen Energy Conference. The technology on show here might just provide the missing piece of the puzzle.

"Hydrogen can be produced from excess clean energy and be used as a zero-emission fuel - and as an energy storage system," says Simón.

Like electricity, hydrogen is not a source of energy as such, but an "energy carrier."

It's best known to most of as a compound with oxygen. While H2O is the basic building block for life on earth, hydrogen itself accounts for 75 percent of all matter in the universe.

Still, on this planet, it doesn't occur naturally in its pure, elemental form and must be produced through electrolysis. Water is broken down into hydrogen and oxygen by an electric current.

Producing hydrogen from wind power means that electricity that might otherwise destabilize the grid is converted to an energy source that can be stored and transported in various forms - including fuel cells to power vehicles. 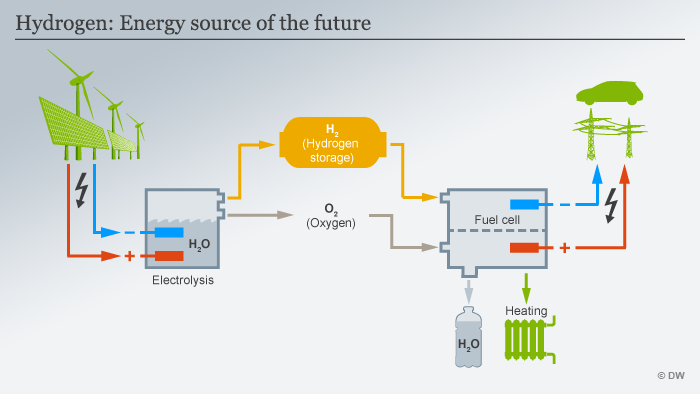 "It's green and sexy," says a driver after his first spin in hydrogen fuel cell car. "It's a pity I can't buy it!"

He's one of conference visitors taking advantage of driving demonstrations Toyota and BMW are offering of their hydrogen fuel cell electric vehicles (FCEV).

Once on the road, these cars emission-free, can accelerate to over 170 kilometers per hour and are completely silent. And they can now cover up to 600 kilometers before they need to refuel. Even then, filling up only takes just three minutes.

But the enthusiastic test-driver has the same problem as many would-be FCEV owners: The "sexy" Toyota Mirai comes with a price tag of around 80,000 euros including taxes.

"For sure, the key element is to get down the costs - we need to be patient," Matthias Klietz, vice president of powertrain research at BMW told DW. 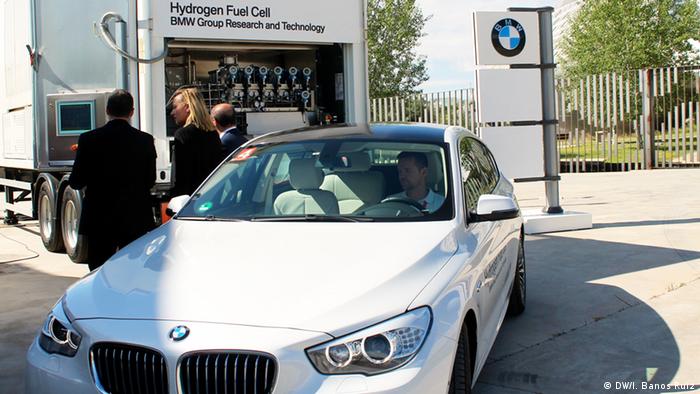 But the company is working to get the cost down further. "Our goal," he says, "is to reduce it by another 50 percent - if not two-thirds."

Hydrogen without the carbon

And there are challenges on the sustainability front too. According to the FHa, 95 percent of hydrogen is currently produced with electricity from fossil fuels.

Using renewables in its production process could make hydrogen a completely sustainable fuel. But that's far less profitable than production from fossil fuels, and in countries like Spain, it's still mainly in the demonstration phase. It is also less efficient that many other forms of storage in terms of energy lost in the conversion process.

"To be a zero-emission vehicle is very fine. To be produced in zero-emission factories is fine. But the energy should also be CO2-free," Pieraerts says.

It's easy to get swept up in the enthusiasm of hydrogen proponents at the conference - especially after a ride in the car of the future. But the reality is that hydrogen is still a long way from becoming a staple of our energy diet.

And Spain is still lagging behind other European countries on hydrogen filling infrastructure. 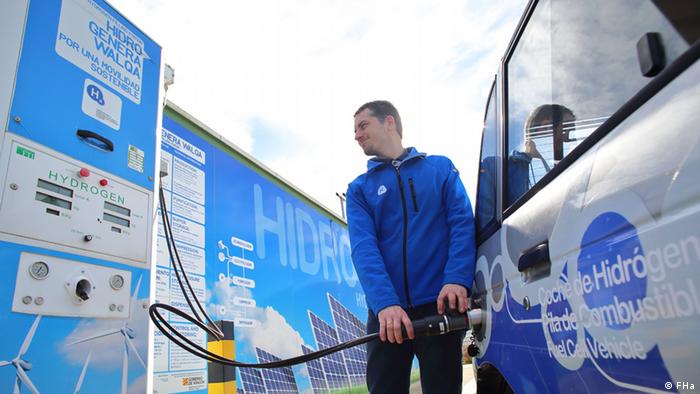 In Spain and elsewhere, there aren't enough filling stations to make hydrogen-powered vehicles practical for most drivers

"Countries such as France, Germany and the United Kingdom have already a much better infrastructure than Spain," Simón says. "We have clear development in the production of hydrogen and its application, but what we don't have right now is the infrastructure."

Germany plans to have a thousand hydrogen filling stations and 1.8 million fuel cell vehicles in operation by 2030. Klietz at BMW sees big things for hydrogen in the future of the German energy system.

"In a future scenario of 2050 in Germany, with 80 percent of renewable energy in the grid, we would produce around 100 terawatts of surplus energy," he says. "That's enough to propel more than 6 million fuel cell cars by hydrogen."

Hydrogen's potential to provide cleaner transport and stabilize electricity grids as ever more renewable power is produced has many convinced of its key role in decarbonizing our energy supply.

"I am sure the penetration of hydrogen and of renewable energies in the power grids is going to notably increase," Simón says keenly.

But technological such solutions won't change the world over night. Watch this space.

E-mobility to drive Europe toward decarbonization

Transportation is a basic element of our lives, but also a major source of emissions. E-mobility is spreading around Europe as an alternative to fossil-fuel-powered vehicles - but financial challenges remain. (29.04.2016)

The first quarter of 2016 has seen a substantial rise in the sale of electric cars across the European Union, the ACEA automobile association has said. But overall, their market share remains pitiful. (29.04.2016)