The first quarter of 2016 has seen a substantial rise in the sale of electric cars across the European Union, the ACEA automobile association has said. But overall, their market share remains pitiful. 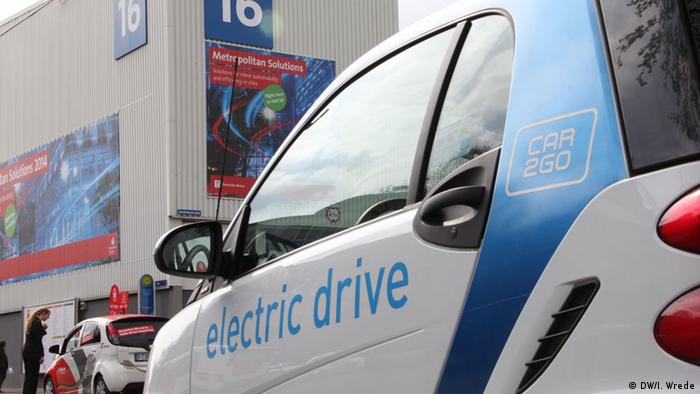 In the first three months of the year, 35,730 new e-cars were registered in the EU, the European Automobile Manufacturers' Association (ACEA) said Friday.

The figure marked a 27-percent jump from the levels recorded in the same period a year earlier. Most new e-car registrations were logged in the UK, with France and Germany being runners-up.

But despite the surge in sales, electric cars face an uphill drive towards market penetration. Given that a total of 3.8 million new cars were registered across the European Union in the first quarter, the sales figures for e-cars were still looking pretty humble, ACEA officials pointed out.

In Germany, where little over 5,800 new electric vehicles were registered in the January-March period, a new subsidy for buyers is meant to boost sluggish sales in the months ahead.

The Berlin government decided earlier this week to grant buyers of e-cars a bonus of 4,000 euros ($4,570) each, with the costs of the subsidies to be shared equally between the federal government and auto makers.

But a study by GfK market researchers indicated Friday the subsidy might have little impact on consumers' decision to buy or not to buy such cars.

Only one in seven consumers in Europe's powerhouse are currently toying with the idea of getting an e-car, and more than half of them said in a GfK poll the 4,000-euro subsidy would have no influence on their decision, with the overall price of electric cars still being far too high in their view.

The government in Berlin had said it wants to see 1 million cars on German roads by 2020, a goal that has so far seemed unreachable.