A gigantic solar power complex on the edge of the Sahara has gone online, boosting the North African nation's renewable energy goals. But a former dream of exporting this clean power to Europe is still a long way off. 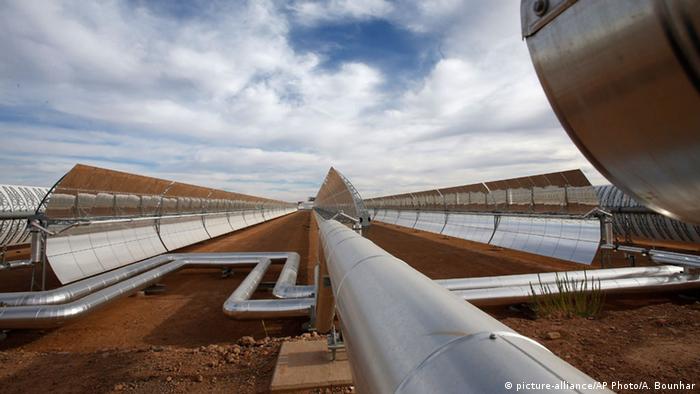 On Thursday (04.02.2016), Morocco's King Mohammed VI inaugurated one of the world's biggest solar plants: Noor I, located about 200 kilometers from Marrakesh at the edge of the Saharan Desert.

The Noor-Ouarzazate complex, when completed in 2017, will become the largest concentrated solar power (CSP) plant in the world. It aims to generate 500 megawatts of electricity, enough to supply 1.1 million Moroccans.

The enormous Moroccan project has revived hopes for Saharan solar.

Bold plans to use desert sun to supply northern energy needs were dashed in 2013 when investors pulled out of the gargantuan Desertec project. Its solar plants, spread across the Sahara desert, were to provide 15 percent of Europe's electricity by 2050.

The Ouarzazate complex was originally intended as the first in a series of Desertec plants that would extend all the way to Egypt.

That project was backed by the Desertec Industrial Initiative (DII), a consortium of 57 shareholders chiefly from Germany, including Siemens, RWE, Deutsche Bank and E.ON. It collapsed in 2013 when all but three pulled out, fearing that Europe's electricity grid was nowhere near ready to absorb fluctuating solar power outputs from Africa.

Morocco leads the way on solar 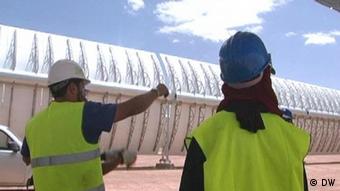 Despite failure of the Desertec initiative, the Moroccan government has pushed ahead with the Ouarzazate complex. And the buzz around the launch could revive interest in the failed Desertec concept - although for the time being at least, North Africa will be keeping the power to itself.

Morocco is a solar pioneer in the Middle East and North Africa (MENA) region, for clear reasons: The country does not produce oil, and imports more than 90 percent of its energy from abroad. Tensions with neighboring Algeria over the disputed territory of Western Sahara have made short-distance imports from Algeria's large hydrocarbon reserves difficult.

"It's a combination of being an energy importer and the fact that Morocco has political stability," says Jenny Chase, head of solar insight with Bloomberg New Energy Finance in Zurich. "Countries in North Africa and the Middle East have massively growing power demands, which is making solar more attractive."

Due in part to And, its abundant sunshine, Morocco has targeted solar as the way to reduce its energy dependency. Morocco launched a National Renewable Energy and Energy Efficiency Plan in 2008, also establishing its own solar energy agency.

The solar project is just one aspect of the government's strategy to cover 42 percent of its energy use through domestic renewables by 2020, utilizing wind as well as solar power.

Hakima el-Haite, Morocco's energy minister, has said the Ouarzazate project will be "the most important solar plant in the world." But there are still major hurdles to its completion, boiling down mostly to cost. 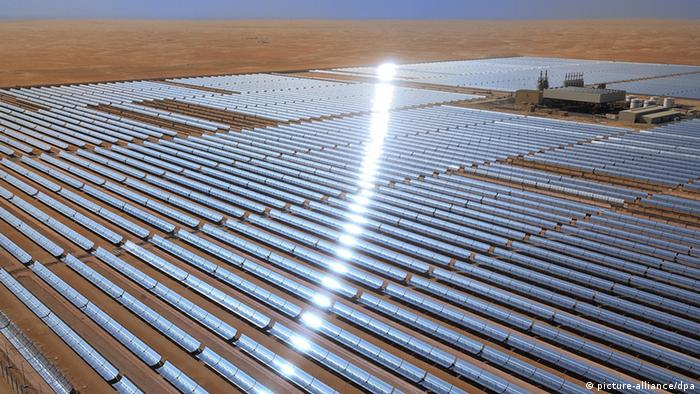 CSP is costly and requires a lot of sunlight - it's also been criticized for impacts to wildlife, particularly birds

Like the other planned Desertec plants, the Ouarzazate complex uses CSP technology. But since 2009, photovoltaic (PV) panels have become much cheaper than CSP, and are now the far more common technology.

While PV panels are cheap and easily portable, CSP uses a more complicated system where giant arrays of parabolic mirrors focus sunlight onto a steel pipe, heating liquid inside that is then used to create steam to power turbines.

The advantage of this system is that it can store heat, and continue generating electricity during the night and on cloudy days. The disadvantage is that it is requires greater financial investment - and a lot of sunlight. It's therefore suitable for desert environments.

"Ouarzazate is much more expensive than PV projects," says Chase. "The big question is whether the project goes smoothly. If it does, banks will be more willing to finance these projects in the future."

MENA power to the MENA people

Morocco is not the only MENA country building large solar plants. In October 2014, Tunisia announced the TuNur project, which aims to build 10 CSP plants, each generating 200 megawatts. Gulf States are also becoming increasingly interested in turning their abundant sunshine into power.

Moroccan King Mohammed VI has said he wants to see his country's solar power run all the way to Mecca. But talk of exporting this power to Europe is fading as it becomes clear that Europe will not be able to upgrade its aging infrastructure in time to receive it.

In November 2015, the DII hosted a Desert Energy Leadership Summit in Dubai, where Desertec CEO Paul van Son told delegates the dream was about to be revived. "In the MENA region eco-power plants with approximately 3 gigawatts of power are in operation, and by 2020 more than 30GW are planned." he said. "Thus, DII has fulfilled its first mission." 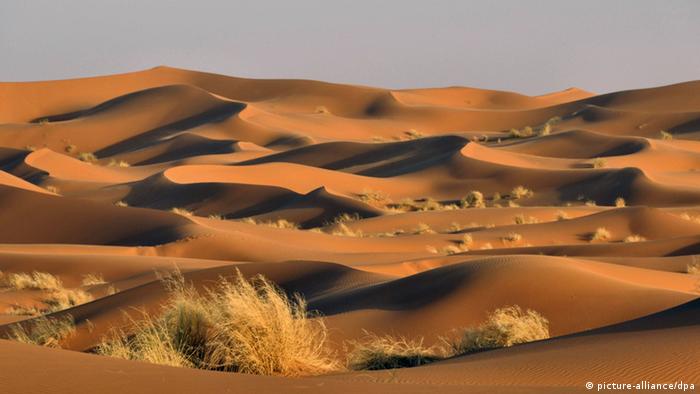 Like other MENA countries, Morocco has sun aplenty - which it wants to capitalize upon

DII split from the Desertec Foundation - the other main organization behind the original Deseretc project - in 2013, and continues to promote desert solar projects.

Chase agrees that solar installations are set to grow in the MENA region - but said the original Desertec dream was overly ambitious.

"I think the Desertec Foundation is probably largely superseded by a number of individual initiatives," Chase told DW. "Obviously, some of the firms like Siemens are in the Middle East now, and won't go away - but I can't really see them coming back to Desertec."

"Desertec tried to do far too much at once, when in fact the development of solar power in North Africa needs to be local projects supported by governments," she added.

So the dream of Saharan solar may be still realized - but its development will likely take a more regionally focused path.

Turtuga Blanku says he literally turns sunshine into music. For years, the biologist turned recording artist has used solar power to record his songs and spread his environmental message. (13.01.2016)