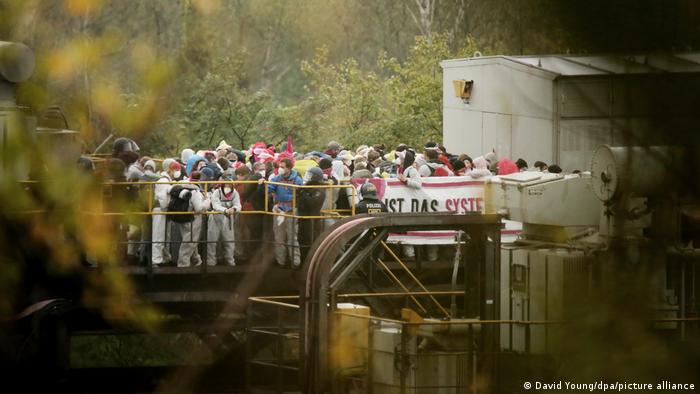 Around 150 climate activists entered the Garzweiler II brown coal mine in western Germany on Saturday, according to police.

Some protesters broke into the surface mine's coal storage facilities, according to police and utility company RWE, which operates the mine. Others targeted two gas power stations in the region.

Protesters said they are angry about the continued extraction and use of fossil fuels by Europe's largest economy.

According to the activists, the German government's decision to allow the mining and burning of coal in the country until 2038 is too late to effectively tackle climate change.

Activists also intend to protest the destruction of five villages to make way for the expansion of the huge Garzweiler coal mine. 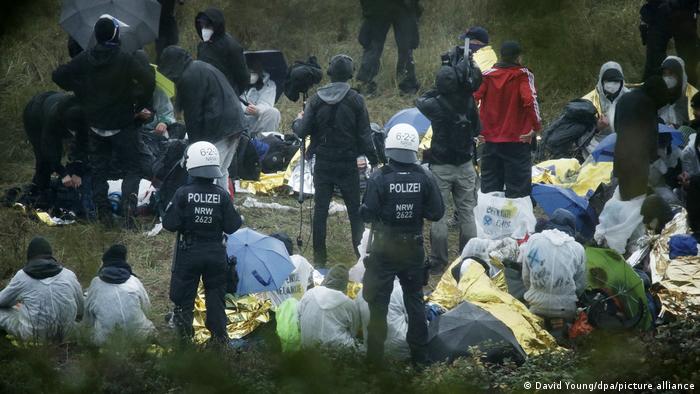 What happened at the mine?

Activists, part of German environmental group Ende Gelände as well as other environmental organizations, entered the mine — which is situated west of Cologne in the state of North Rhine-Westphalia — early on Saturday.

Police were out in force to stop protesters. A reporter from The Associated Press witnessed some protesters break through police lines early Saturday before being detained by officers.

The police tweeted that protests had disrupted regional train travel.

"We accept repression for climate justice. It is cold and raining and we are still implementing the coal phaseout as an immediate measure against the climate crisis. Politics is systematically failing with the coal law. FIGHT 2038!" tweeted Ende Gelände from the coal mine.

The Garzweiler mine and nearby power plants have become frequent targets for environmentalists over the past few years. They are among the biggest sources of harmful pollution and greenhouse gas emissions in Europe, say environmentalists.

Ende Gelände alliance is supported by a number of climate initiatives, including Fridays for Futures and the Anti-Coal-Kidz, whose members are also taking part in Saturday's protests.

Fridays for Futures held a day of global action on Friday, the first since the global coronavirus pandemic forced activists to move their protests online.

Read more: Fridays for Future: Climate strikers are back on the streets