Authorities said more than 1,000 people took part in the protests, which targeted the Jänschwalde and Welzow-Süd mines in the state of Brandenburg, as well as the United Schleenhain mine in the state of Saxony.

The environmental group Ende Gelände (End of the Road) put the number of protesters at 4,000. 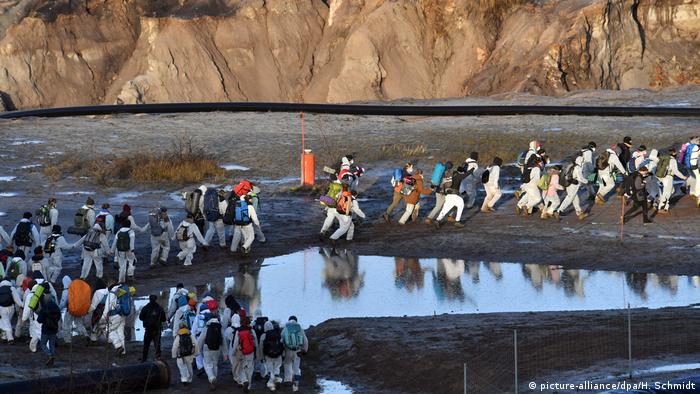 Protesters broke through police lines to occupy the mines

Activists blocked train tracks at some sites, seeking to disrupt the flow of coal to power plants.

"We're at a critical moment — the window of opportunity to stop the climate crisis is closing rapidly," Ende Gelände spokesman Johnny Parks said.

The group criticized the German government's climate action plan, saying that plans to phase out coal by 2038 did not go far enough to address the current crisis.

The energy plant at the Jänschwalde mine is considered one of the most climate-polluting in Europe — and was recently ordered by a court to scale back most operations due to a lack of environmental impact assessments.

"We want to show with our protest today that this mine needs to be shut down permanently," Parks said. 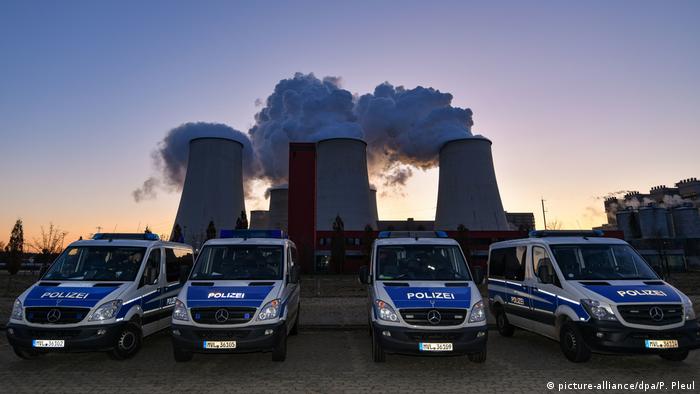 Protesters want a swift end to the coal era in Germany

Clashes broke out between police and protesters during the demonstration at the Jänschwalde mine, according to authorities in Brandenburg. Three officers sustained minor injuries.

Activists used violence to break through a police line at the United Schleehain mine, located near the city of Leipzig.

"We cannot confirm that it was peaceful," Leipzig Police spokesman Andreas Loepki told news agency DPA, responding to claims from protest organizers that no violence was directed at people. 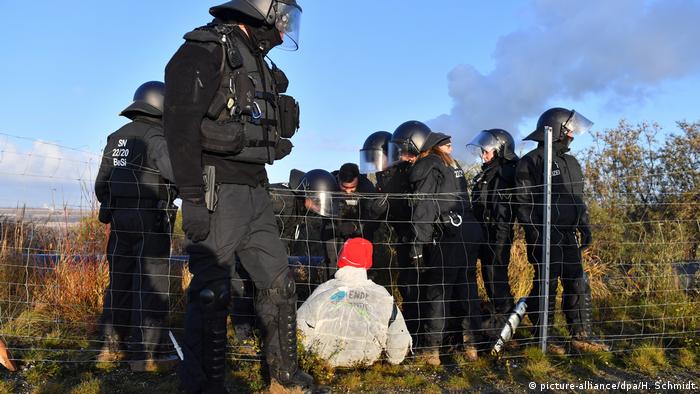 Energy company LEAG, which operates the mine in Welzow-Süd, said it would file criminal charges against protesters.

"We will use legal means against anyone who disregards the boundaries of our premises," LEAG said.

Police repeatedly warned that entering the mines is extremely dangerous, adding that authorities did not run after activists who entered the mines in certain areas out of concerns for officer safety.

By early evening, about 500 protesters had left Jänschwalde, either on foot or transported in mining company vehicles.

However, another 500 activists remained on-site at Welzow-Süd, with police preventing them from occupying large equipment. Activists said they did not plan to spend the night there, however, with temperatures in the single digits.

In Saxony, police were escorting the approximately 1,200 protesters in stages, first taking their details before allowing them to leave.

The financial aid is intended to promote structural change in regions impacted by plans to exit coal by 2038. (28.08.2019)