Germany's parliament voted on Friday to formally accept most of a climate protection packet. The legislation aims to cut Germany's greenhouse gas emissions to 55% of the 1990 levels by 2030. 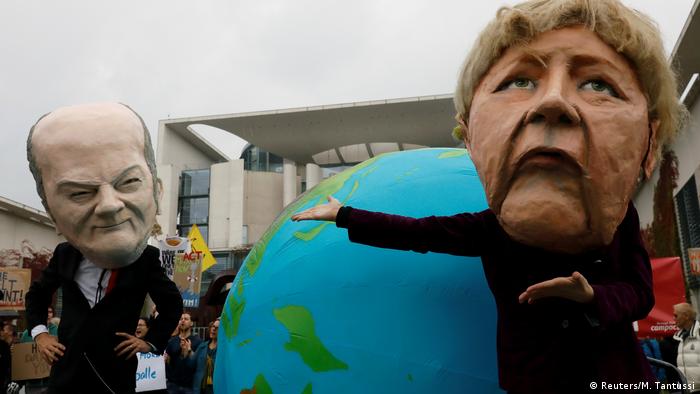 The new legislation will target sectors like energy, transport and housing. It aims to cut Germany's greenhouse gas emissions to 55% of the 1990 levels by 2030. Parts of the so-called "climate packet" still need approval.

"Every minister who doesn't stick to the goals will have to explain themselves to this chamber," said SPD lawmaker Matthias Miersch in parliament. The law will set goals in each government department to reduce CO2 emissions.

Incentives will also be introduced for businesses and agencies who operate in an environmentally friendly way.

This could mean that flying will become more expensive, while trains will become cheaper in Germany. A CO2 traffic charge will be introduced as well as charges on businesses that produce a large amount of CO2.

Read more: What is the greenhouse effect?

Who supports the law?

German Chancellor Angela Merkel's CDU party and their coalition partner the center-left SPD faced opposition across the board from other major parties.

Merkel admitted that a previously-abandoned emissions target in 2020 may have hurt her coalition's credibility on climate change policy.

"If too much carbon dioxide is emitted we have to take immediate measures to reach our 2030 goals," she told reporters after the vote.

But other parties are skeptical. Anton Hofreiter, the parliamentary leader of the Green party, described the move as "another bad day for climate protection," saying that under the current government real climate protection would be impossible.

The business-friendly Free Democrats spokesman accused the CDU of "climate hysteria." They claim that the new law will be expensive for ordinary German citizens.

As things stand, Germany is lagging behind its current goals, having only achieved 30% of the target it hopes to achieve by 2030.