US Secretary of State Mike Pompeo has urged the Czech Republic not to team up with Russia and China on energy policy. During a visit to Prague, he called the recent Belarus unrest a sign of creeping "authoritarianism." 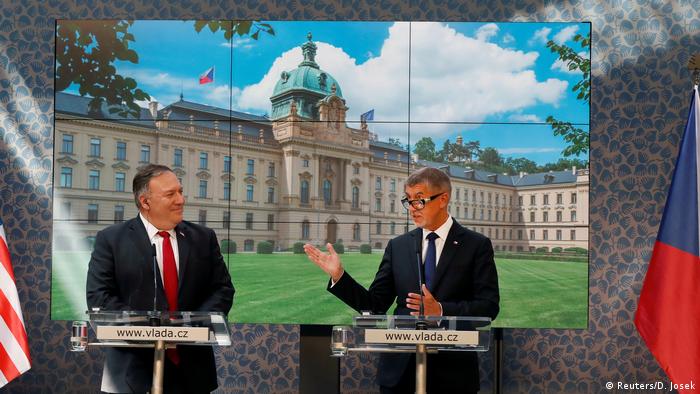 Beijing and Moscow pose a threat Czech energy independence, US Secretary of State Mike Pompeo said Wednesday in Prague. Speaking after his meeting with Prime Minister Andrej Babis, the top US diplomat warned of what he said were the risks of expanding the Dukovany nuclear power plant.

"Partnering with Russian and Chinese nuclear companies will in fact undermine the Czech Republic's national sovereignty," he said.

The Czech Republic is the first stop on Pompeo's multi-country tour through Central Europe, where energy policy is at the top of the agenda.

Singling out China and the Chinese Communist Party (CCP) in particular during a speech to Czech lawmakers later in the day, Pompeo said the country's economic might allowed it to exert influence around the globe.

"What's happening now isn't Cold War 2.0," Pompeo said. "The challenge of resisting the CCP threat is in some ways much more difficult."

"The CCP is already enmeshed in our economies, in our politics, in our societies in ways the Soviet Union never was," he added. 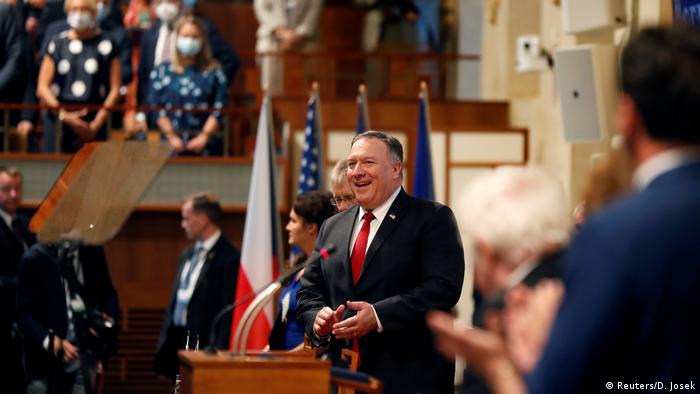 During his meeting with Babis, Pompeo also discussed Czech plans for a new 5G cellular network. Beijing's role in developing 5G infrastructure around Europe has been a sticking point in the relations between the US and China, which have grown particularly frosty of late amid disputes over China's coronavirus response, territorial claims in the South China Sea and a new security law in Hong Kong.

Pompeo said countries increasingly understand that security threats must be taken into account when building 5G networks. "The tide is turning, there is no doubt about that, against untrusted networks and toward the values of free nations and you have truly led in that regard," he told Babis.

Pompeo also addressed the ongoing unrest in Belarus, warning that authoritarianism was on the rise in Europe's own backyard. The country has seen multiple days of protests and police violence after a contentious electionthat ended with electoral officials declaring the victory of strongman President Alexander Lukashenko and allowing him to claim his sixth straight term.

"We see that authoritarianism didn't die in 1989 or in 1991. The storm was still there. It was simply over the horizon. While we wrote the epitaph on those types of regimes, we now know that it was premature,'' Pompeo told the Czech senate.

Speaking alongside Babis earlier on Wednesday, the Trump administration official had denounced the ongoing violence in Belarus.

"We will continue to speak about the risks to the Belarusian people,'' Pompeo said. "We want them to have freedom in the same way that people do across the world.''

He called the state crackdown on protesters "unimaginable" and urged the European Union to take action.

Pompeo is slated to visit Slovenia, Austria and Poland later this week. In Poland, he is expected to sign a deal boosting the US military presence in that country, after the Trump administration opted to scale back troop numbers in Germany.