Germany′s Eifel region divided as Trump pledges to withdraw US troops | Germany | News and in-depth reporting from Berlin and beyond | DW | 11.08.2020

Michael Billen, who owns a barn in the picturesque village of Kaschenbach, in the Eifel region of western Germany, about 30 kilometers (18 miles) away from NATO's Spangdahlem Air Base, is not convinced by President Donald Trump's recent announcement that he intends to withdraw US troops from Germany. Right now, the idea, should it be approved by Congress, is to transfer the F-16 fighter jets currently kept at Spangdahlem to an air base in Italy and to withdraw half of the 4,800 US troops based there. 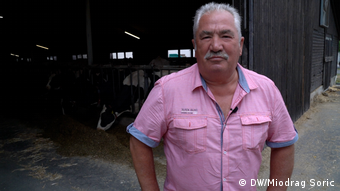 "The Americans will withdraw their fighter jets, and then they'll be back," says Billen, who is part of an organization that promotes friendship between the US and Germany

"The Americans will withdraw their fighter jets, and then they'll be back," said Billen, the vice president of the Host Nation Council Spangdahlem, which promotes friendship between the United States and Germany. "It makes no sense in terms of military strategy to withdraw the planes permanently, because it would mean that the US no longer wants to be a world power," added Billen, who is involved in local politics as a member of Chancellor Angela Merkel's Christian Democrats (CDU). 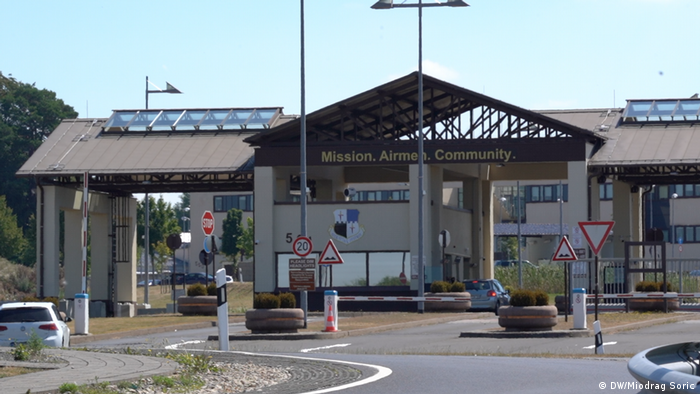 The Trump administration wants to transfer the F-16 fighter jets to an air base in Italy and to withdraw half of the 4,800 US troops based there

Read more: Donald Trump accuses Germany of 'making a fortune' off US soldiers

Manfred Rodens, the CDU mayor of Speicher — the town where Spangdahlem is located — said withdrawing the US troops would create a real problem for local businesses and landlords. About 800 German civilians work on the air base, and there are approximately 2,400 rental agreements connected to the presence of US troops at the base. "If they withdraw, we will lose our purchasing power," Rodens said. He added that he was pinning his hopes on the US Congress, which will decide "whether the president's plans can even be implemented." Rodens thought that the decision would ultimately be a financial one for the US legislature as it would cost billions to withdraw the troops. 'If [the US military] withdraws, we will lose our purchasing power,' says the mayor of Speicher, the town where the base is located

Joachim Streit, a regional administrator, said the cost of withdrawing the troops would not only be felt in the United States. US citizens spend about Є100 million ($117.5 million) per year on rent, restaurants and other goods and services in the vicinity of Spangdahlem. "Construction firms and other businesses in the region live with and off the Americans," he said. Still, he added, the region could recover. In 1994, the United States closed down the Bitburg Air Base and many soldiers and their families left. Streit said regional companies had moved onto the site and the "Bitburg model" of creating small and medium-sized enterprises had proved itself in other times of crisis. "In the end we had more jobs than with the Americans," he said.

In recent years, Streit said, the US military personnel at Spangdahlem had become "more open than before." Twenty years ago, he said, the brass never revealed anything about troop withdrawals or about building plans, but now officials invite mayors and other officials from around the region to keep them informed. 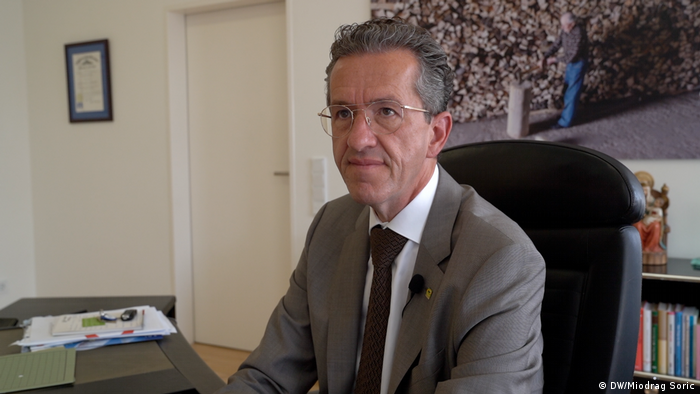 'Construction firms and other businesses in the region live with and off the Americans,' Streit, a regional administrator, says — but he thinks the area could recover.

Many of the retired US troops who have decided to stay in the region agreed. They were the only residents with a military affiliation who could really speak openly about their opinions. Richard Lant, a 64-year-old veteran who is married in Germany, said he did not want to go back to California. He could not believe that the US government would simply shut the air base down, however, because too much money had been put into modernizing it and expanding the runway and building new hangars. "They spent millions of dollars building a new hospital there, a dental clinic," he said. "They built a new school, a huge fitness center. I just can’t imagine that not being used."

Lant said he thought that, if the F-16s were removed indefinitely, other planes would arrive instead. He also speculated as to what might have motivated the threat by the US president. "Some people say it’s a political decision because he doesn’t like Angela Merkel," he said. 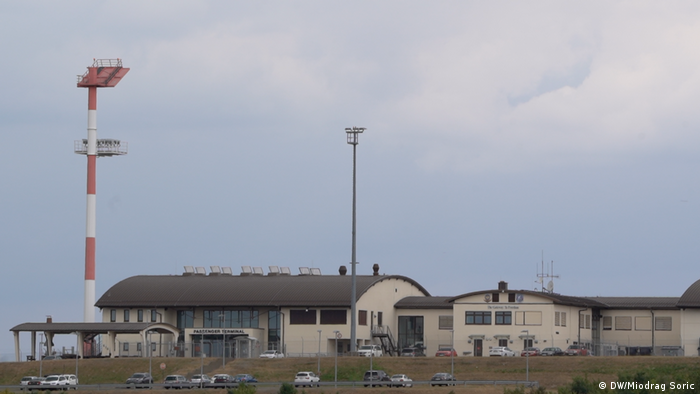 The air base is often empty at the weekends as its residents are traveling around Europe.

Most US soldiers like being in Germany, Lant said, and the base organizes a lot of activities for troops stationed there. "Going to Germany was a big thing for a guy like me from Sacramento, California," he said. "Then you get to Germany and you find out: Wow, we can go to Brussels, we can go to Paris. And the base sets up all kinds of tours for you in your free time. Almost every weekend there is something going somewhere — ski trips in the Alps, parasailing, hang gliding, the Tour de France bicycle race last year.”

Thomas Van Dyke, an 82-year-old retired major who once wrote a travel guide to Germany for his fellow Americans, also said soldiers usually liked being posted in the country. At the weekend, the air base is often empty because troops are off and about, he said. He is married to a German woman and does not want to return to the United States. He also believes that the Spangdahlem base will remain in operation. 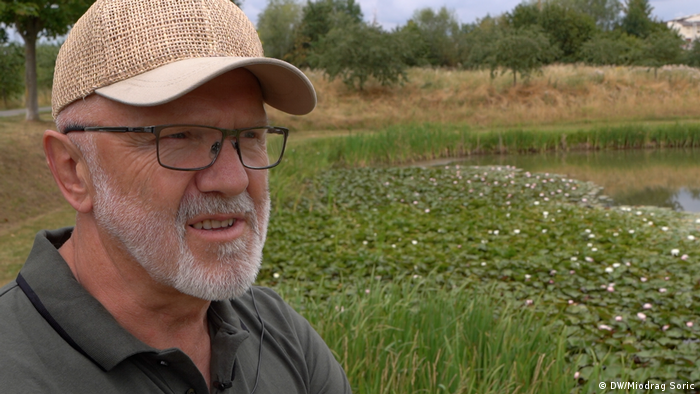 Günther Schneider's farm is 600 meters from Spangdahlem's runway, and he experiences noise pollution as a result

There are many in the region who would be pleased if the US troops left once and for all. The part-time farmer Günther Schneider, for instance, has been waiting for such an announcement for decades.

Schneider's farm is 600 meters (2,000 feet) from Spangdahlem's runway, and the noise makes him ill. But his family has lived in the region for 400 years and he refuses to be driven away — even though he lost some of his property when the base was expanded 20 years ago.

Another major problem is the fact that, for years, soldiers practiced how to put out fires on planes. They used an extinguishing agent that contained perfluorinated tensides, which have since been found to be carcinogenic — and now the groundwater, streams and ponds in the area are contaminated.

If the US troops do remain in Spangdahlem, Schneider and many of his neighbors will not be pleased.