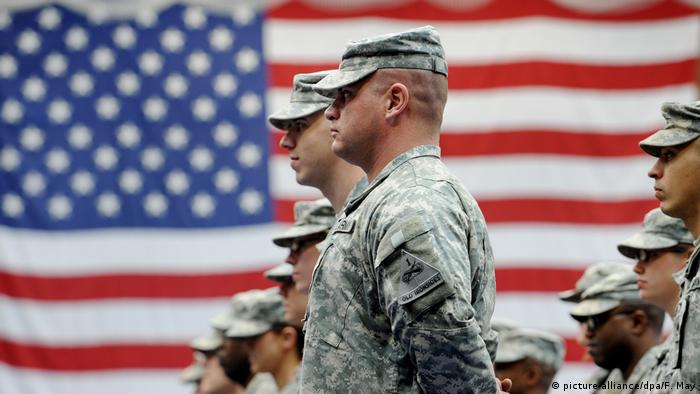 United States President Donald Trump on Wednesday renewed criticism over Germany's defense spending and accused the NATO ally of profiting from the presence of US troops stationed in the country.

"They make a fortune off the troops. They build cities around our troops," Trump said during an appearance on the conservative American news network Fox News. "We'll let ourselves get rich first."

He accused Germany of being "very delinquent" and being among NATO countries who "took advantage" of the US by not paying their share for defense.

US Defense Secretary Mark Esper announced last week that approximately 11,800 of the nearly 35,000 American troops stationed in Germany would be withdrawn. Some 5,400 service members will be moved to other NATO countries, including Italy and Belgium, and around 6,000 will be sent home.

Trump revealed plans for the partial withdrawal in June. He has frequently criticized Germany and other NATO allies for not spending 2% of their gross domestic product on defense.

The partial withdrawal has been criticized in both the US in Germany. Trump's former National Security Adviser John Bolton recently told the German newspaper Welt am Sonntag that the removal of German-based troops was "a sign — and not a good one — of what lies ahead if Trump is re-elected" president in November.

Lieutenant General Ben Hodges, a retired US army officer and the former US commander in Europe, told DW last week that the withdrawal was "a gift to the Kremlin."

"I always believed that this is a political decision not based on any strategic analysis," Hodges said.

"We're supposed to protect Germany from Russia. That's fine. But Germany is paying Russia billions of dollars for energy," Trump told Fox News. "What's that all about?"

The US announced plans in June to expand sanctions on the Nord Stream 2 gas pipeline between Russia and Germany. The US and eastern European countries fear the pipeline, which will transport natural gas from Russia through the Baltic Sea to Germany, increases the European Union's dependence on Russian energy.