Donald Trump's plan to remove troops from Germany is "a bad sign" of what his reelection could bring, former aide John Bolton told a German newspaper. Bolton said Trump’s presidency made the world less secure. 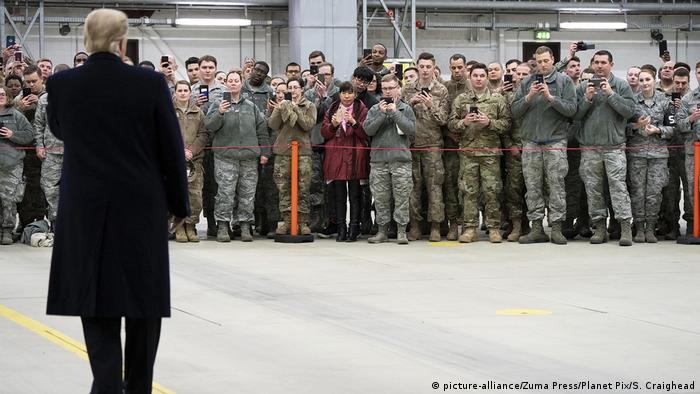 "The withdrawal of the US from any of the positions we hold is not an advantage — neither for our country nor for the security of the West as a whole," Bolton said.

The decision to remove some 12,000 troops out of Germany is "a sign - and not a good one - of what lies ahead if Trump is re-elected," he warned.

Bolton was National Security Advisor for Trump for nearly a year and a half and left the White House in September 2019, after clashing with the president.

In his book The Room Where It All Happened Bolton has accused Trump of putting his own political interests above national security interests and the well-being of the US.

When it comes to national security, Trump "follows no political philosophy, no strategic thinking," the 71-year-old said. He added that the consequence now is that "we are less secure today than we were before his arrival in office."

"For the first time in my life, I will not be voting for the Republican candidate in the upcoming election," Bolton told Welt am Sonntag.

But he stated that he won't be voting for Joe Biden either. "I'll just write down another name. Trump shouldn't get a second term," he said.

The Trump administration had attempted to block the book's publication, but it was unsuccessful. Now the controversial memoir will go on sale in Germany on August 14.

Former Trump advisor John Bolton’s memoir of his time in the White House has gone on sale. The Trump administration had tried to halt publication of the critical book, arguing that it posed a national security threat.

US troop withdrawal a cause for NATO concern, German defense minister says

Annegret Kramp-Karrenbauer has told DW that the US threat to remove troops from Germany will not damage ties between the two countries, but it is cause for concern for the NATO alliance as a whole.