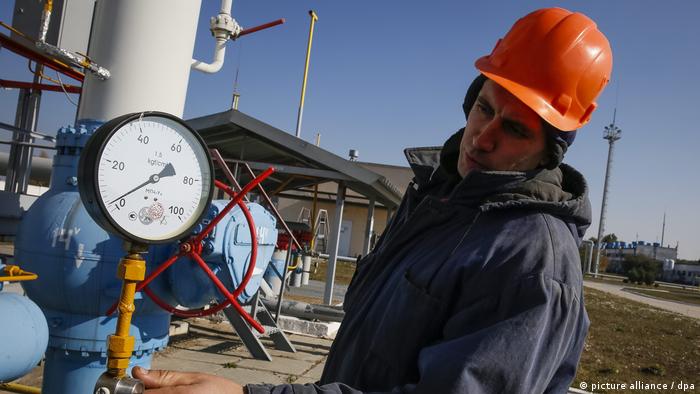 US liquefied natural gas (LNG) is "molecules of US freedom exported to the world." That is according to Steven Winberg, US assistant secretary for fossil energy. And that freedom could soon be boldly going in Ukraine's direction, with talks over long-term LNG supplies that would be transported via Poland into the ex-Soviet republic. However, many in Ukraine and elsewhere believe there is no need for such plans.

In May, the Ukrainian government preliminarily approved the text of a memorandum on the prospects for importing LNG from the US, with the supply of 5.5 billion cubic meters (bcm) of natural gas annually over 20 years.

The move was preceded in March by a Letter of Intent signed between Ukraine and Louisiana Natural Gas Exports (LNGE). CEO of the Lafayette-based firm, Ben Blanchett, hinted then that a draft long-term agreement had already been decided, with deliveries beginning at the earliest in 2023. 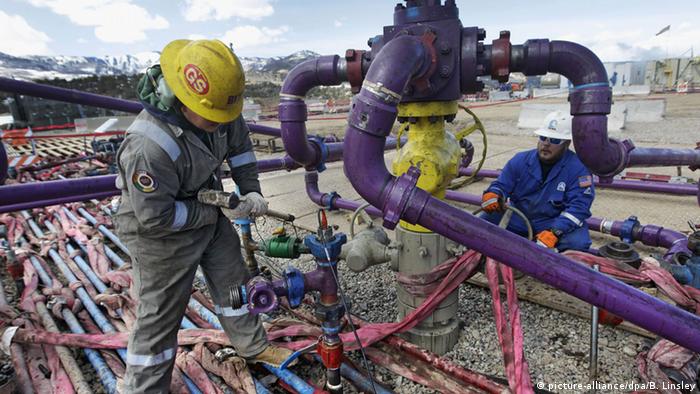 Unconventional drilling technology like hydrauklic fracturing, or fracking, has created a boom in so-called shale oil and gas in the US, for which companies are now seeking new markets

Since then, however, negotiations between LNGE and Ukraine's state-owned oil and gas company NAK Naftohas Ukrajiny have "slowed down significantly," according to Mateusz Kubiak, senior analyst at Esperis Consulting, a Warsaw-based consultancy firm operating in energy and insurance markets.

Pricing seems to be the main sticking point with Naftohaz reportedly objecting to the US-proposed pricing formula which wants the US LNG price indexed to the Henry Hub natural gas price. But Naftohaz's newly appointed COO, Otto Waterlander, has pointed to the risk of a 20-year contract with no direct link to natural gas prices in Europe.

Connor McLean, an energy analyst at BTU Analytics, shares this view, saying the European gas market is already "oversaturated with LNG" and has been since 2019 when it began absorbing excess LNG mainly from the US.

"That has put Europe gas storage well above normal levels, which has led to weak European prices. Earlier this summer prices in Europe dropped below Henry Hub making US LNG uneconomic to ship to Europe," he told DW.

The second problematic element of the proposed deal is the lack of spare regasification capacity in Poland, with all existing and planned online capacities booked by state-owned energy firm PGNiG.

A proposed 4 bcm floating storage regasification unit (FSRU) terminal project in Gdansk is expected to come online under the aegis of Poland's Gaz-System, but not before the end of 2025. Meanwhile, the existing gas interconnector between Poland and Ukraine — Drozdowicze — has capacity of only 2 bcm per year, and flows only to Ukraine.

US company LNGE has reportedly offered to finance construction of a new gas interconnector between Poland and Ukraine and is reportedly willing to invest around $300 million (€275 million). LNGE is also mulling financing the expansion of Polish regasification capacities. 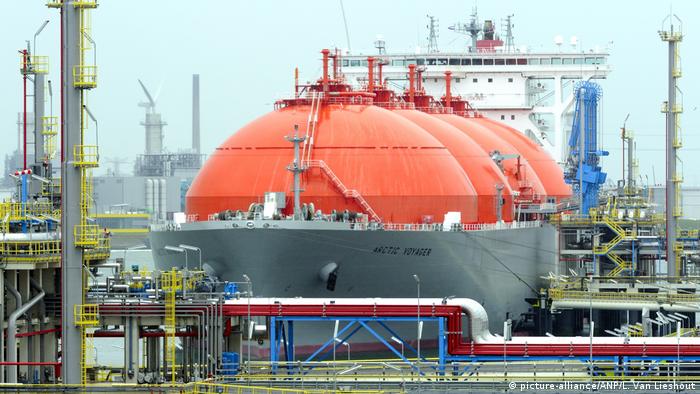 Apart from a lack of infrastructure, there are also mounting concerns about LNGE's ability to deliver the huge volumes of liquefied gas to Ukraine. The US company has no off-take agreements with existing or proposed export facilities in the US

According to media reports, the United States exports promotion lender Eximbank is likely supporting the projects and several European financial institutions are reportedly willing to join.

"To the best of our knowledge there have been no announcements about who will be funding these projects, which is especially concerning given the current economic state of the world. If this agreement were to take effect in 2023 as announced, we would expect to see some more concrete evidence that the project is moving forward," McLean said.

Katja Yafimava, a senior research fellow at Oxford University, is also skeptical about the plans, as they would increase the cost of Ukraine's gas imports.

"It is not surprising that a new interconnection point between Poland and Ukraine has been under consideration for five years or so, but no FID has been taken yet, and my sense is that there is much more interest in it on the Polish side than on the Ukrainian side," she told DW.

World LNG imports are set to be 3% lower in the second quarter of 2020 than in the same period of last year, according to Edinburgh, UK-based consultancy Wood Mackenzie.

"There would have been too much LNG in the world even without Covid-19," says Ben Chu, director of equities, LNG and proprietary at Wood Mackenzie's Genscape service, and adds: "Covid-19 has made it worse."

The German Institute for Economic Research (DIW) also said this week that Europe doesn't need more gas pipelines or LNG import terminals as falling domestic production during the pandemic could be balanced out with more imports from North Africa and LNG. "New infrastructure such as Nord Stream 2 or TurkStream is in fact superfluous," the DIW report concluded. 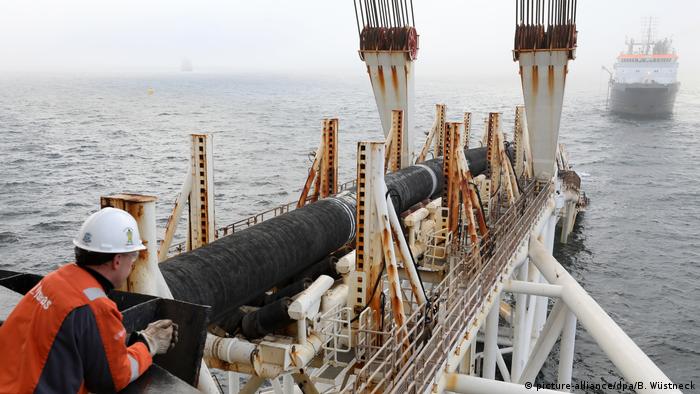 In spite of US sanctions, the pipe-laying for the Russo-German gas project Nord Stream 2 is all but finished. Will US liquefied gas ever be able to compete with Russian gas?

Anna Mikulska from the Center for Energy Studies at Rice University, however, points to the fact that contracts with US LNG exporters are highly flexible and "much easier to cancel or resell" than with any other LNG exporter.

"Yes, Russian gas is going to be cheaper most of the time than LNG but having another supply point can ensure that a country gets it with no strings attached and at a fair market price. For that infrastructure is needed," she told DW.

So, the new LNG infrastructure could benefit both Ukraine and the EU, she believes, because the Ukrainian storage capacities could be important for "keeping the market balanced."

"Better access to Ukrainian storage capacity with new interconnectors and pipelines…can actually be a great opportunity. Cheap gas, is this really a danger? If so, the same question can be asked about TurkStream or Nord Stream 2," she argues.

Under Mikulska's scenario, Ukraine could use its pipeline capacity and storage to "make good money that can replace transit fees from Gazprom," with the revenue coming "with no strings attached." And Poland, which itself is expanding its LNG infrastructure with a terminal and interconnector pipeline, would have a strong interest in helping Ukraine for geopolitical and practical reasons.

Katja Yafimava though can't take the proposed US-Ukraine deal "very seriously" although she says she's "not completely dismissive" about it. She argues the non-binding memorandum signed in September 2019 was more about making "a political gesture rather than anything else."

"Whereas it is not difficult to see that the US and Poland would be interested, I struggle to see how such an arrangement could be of commercial benefit for Ukraine," she concludes.