Poland is seeking to reduce its dependence on Russia and the Nord Stream 2 pipeline for its LNG supplies. The deal should provide for 15 percent of Poland's daily gas needs over the next 20 years. 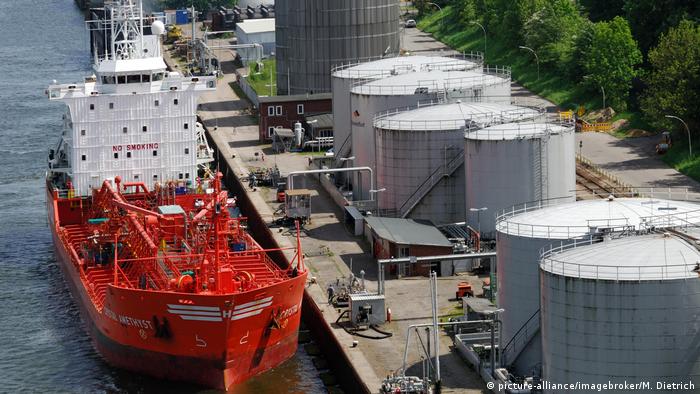 The deal announced on Wednesday between Poland's state gas company PGNiG and Port Arthur LNG, part of Sempra Energy, is just one of several the EU state has signed with US gas suppliers in recent weeks.

The agreement is for the supply of  2.7 billion cubic meters (95.3 billion cubic feet)
per year of liquefied natural gas (LNG) to Poland over a 20-year period. LNG is gas super-chilled to liquid form for shipment by sea.

The deal comes as both the US and Poland seek to limit the dominance of Russia's Gazprom Nord Stream 2 pipeline supplying gas directly to Germany, bypassing Ukraine's pipeline system.

Polish Foreign Minister Jacek Czaputowicz met with US Deputy Secretary of State John Sullivan in Warsaw on Wednesday and described Germany's support for Nord Stream 2 as "anti-European." He said the project was "harmful to the security of all of the European Union."

"This agreement marks an important step toward Poland's energy independence and security," US Secretary of Energy Rick Perry said.

In recent weeks, Poland has also signed long-term deals for gas with US supplier Cheniere in Houston Texas, as well as Venture Global Calcasieu Pass and Venture Global Plaquemines, both in Louisiana.

In July, European Commission President Jean-Claude Juncker agreed to work towards shipping more US gas to Europe. After a meeting at the White House, US President Donald Trump said: "The European Union wants to import more liquefied natural gas, LNG, from the United States and they're going to be a very very big buyer."

Juncker said the EU would build more terminals to import LNG. There are currently about 30 LNG terminals in Europe.