Outgoing German Chancellor Angela Merkel had her hands full as she made a flying visit to a bird park. A group of Australian lorikeet parrots provided the perfect photo opportunity on the campaign trail. 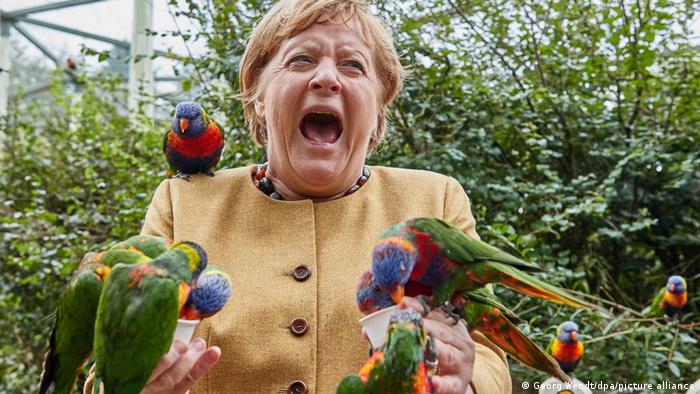 The chancellor proved a hit with the bird park's rainbow lorikeets

The German chancellor met some colorful constituents ahead of Sunday's German general election — although it can be confirmed they won't be voting for her party.

A flock of Australian rainbow lorikeets was on hand — literally — as Angela Merkel took a trip to Vogelpark Marlow bird park, near Rostock in northeastern Germany. 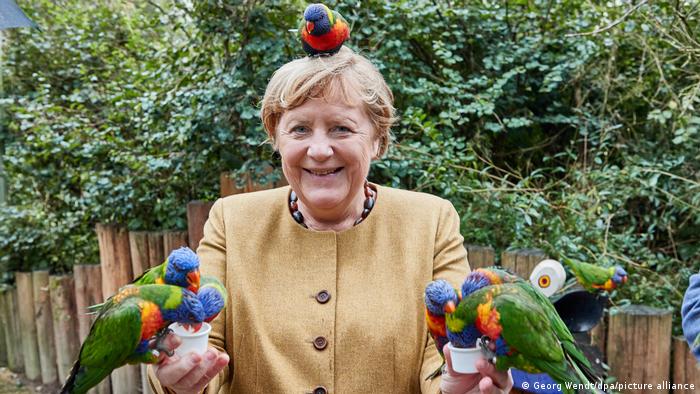 When they weren't pecking at her fingers, the chancellor grabbed more smiling shots with her feathered friends

The birds fluttered around the German leader and ate from a small paper cup filled with "lori nectar," made from dried flower pollen, fruit sugar, cereal and water.

Merkel — who has been chancellor for almost 16 years — was on a farewell tour of her home constituency in the northern state of Mecklenburg-Western Pomerania.

A warm welcome was also waiting in the wings from the park's budgies, who happily ate millet from the chancellor's palm.

"No, no. I did fine with the parakeets," she said. 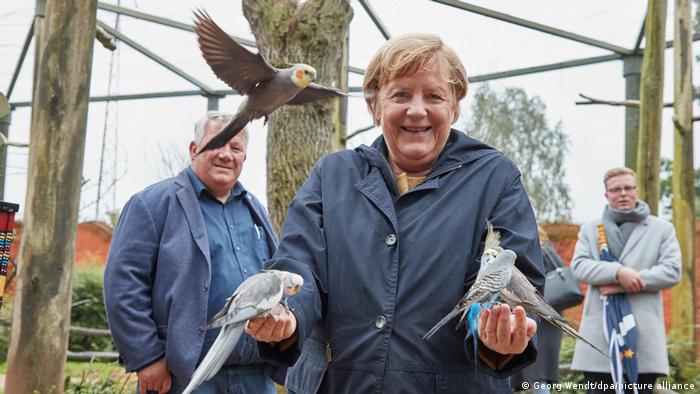 Merkel has been Germany's chancellor since November 2005

Instead, Merkel left the photo opportunity to 33-year-old Georg Günther, her successor as Christian Democrat (CDU) candidate in the Vorpommern-Rügen — Vorpommern Greifswald I constituency.

Merkel is set to step down in the wake of Sunday's election, once a new chancellor is chosen.

Among those vying to take over are the Social Democrats' Olaf Scholz, Annalena Baerbock from the Greens and the Christian Democrats' Armin Laschet.