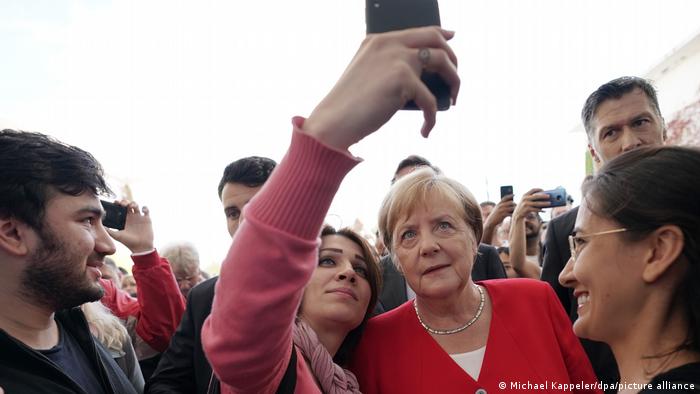 Outgoing German Chancellor Angela Merkel continues to enjoy a good reputation outside Germany, and is trusted more than Joe Biden, Vladimir Putin, Xi Jinping, or Emmanuel Macron, according to a new survey published by the Pew Research Center on Wednesday.

What have the researchers found?

The Pew Research Center is a nonpartisan fact tank based in Washington, DC, which conducts opinion polls, demographic research and content analysis. The latest report compiles data from 16 public surveys in advanced economies.

The German chancellor received the highest confidence rating when compared to the leaders of the US, Russia, China, and France.

A figure of 77% of those surveyed had confidence that Merkel would do the right thing regarding international affairs. The positive sentiment, however, was not evident in Greece, where only 30% of those surveyed had trust in Merkel doing the right thing. Greek and German governments have repeatedly clashed during the eurozone debt crisis, which paralyzed Greece's economy over a decade ago.

What about Germans and other Europeans?

The German leader has also had a high confidence rating among Germans since becoming chancellor. More than two-thirds have held this view over the course of her chancellorship.

In 2021 the numbers are even higher, with 77% of respondents having confidence in their leader, who is set to end her political career following this week's parliamentary election.

The pollsters also looked at eight other European countries, including France, the UK, and Italy. Seven out of 10 people in the surveyed countries are confident that Merkel will do right by the international community. A whopping nine-in-10 people in the Netherlands and Sweden share that opinion.

What are general feelings towards Germany?

The study found that Germany is well regarded with 79% of those surveyed holding a favorable view of the country.

The participants also believe the German government has done well with its approach to the COVID-19 pandemic.

The country is seen to have performed better than the World Health Organization, China, the European Union and the United States.

Eight out of 10 people in Greece, however, feel that Germany has too much influence. The majority of Italians and Spaniards canvassed shared those concerns.