Pakistan faces a diplomatic conundrum over the Gulf crisis | Asia | An in-depth look at news from across the continent | DW | 12.06.2017

Pakistan faces a diplomatic conundrum over the Gulf crisis

The Saudi-Qatari standoff poses a great diplomatic challenge to Pakistani authorities as they enjoy close economic and geopolitical ties with both Riyadh and Doha. Can Pakistan afford to remain neutral in the conflict? 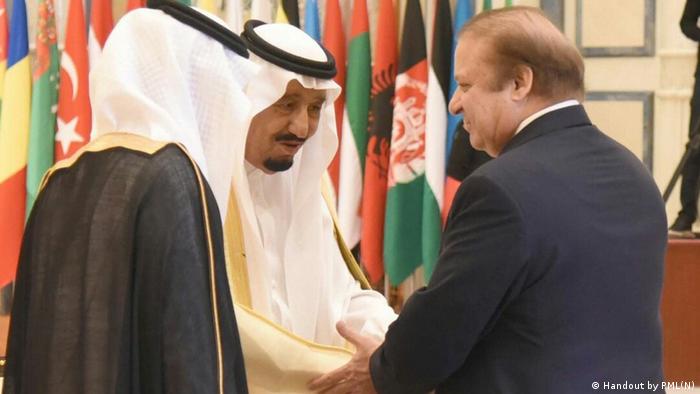 Pakistani Prime Minister Nawaz Sharif embarked Monday on a one-day visit to the Kingdom of Saudi Arabia along with the country's army chief Qamar Javed Bajwa and the foreign ministry staff.

The urgency of the trip shows that Sharif faces a tough diplomatic challenge in Riyadh.

Islamabad enjoys cordial relations with both Saudi Arabia and Qatar, but the diplomatic standoff in the Gulf region, which saw Saudi Arabia, Bahrain, Egypt, Yemen and the United Arab Emirates (UAE) sever ties with Qatar, means the Pakistani government now faces a predicament - to choose between Riyadh and Doha.

For now, Pakistani authorities do not want to take sides, but in the coming days, and with Saudi officials' increasingly belligerent stance toward Iran and its allies in the region - including Qatar - remaining neutral could prove to be difficult.

"Since Pakistan enjoys good relations with Saudi Arabia, Iran and Qatar, we will try our best to resolve the differences between the Arab countries," PM Sharif told journalists during a recent visit to Kazakhstan.

Pakistan also denied reports that it had sent some 2,000 troops to Qatar's aid after the crisis erupted.

Read: Iran delivers food to Qatar amid concerns of shortages

Foreign Office Spokesperson Nafees Zakaria stressed that "these false reports appear to be part of a malicious campaign aimed at creating misunderstanding between Pakistan and brotherly Muslim countries in the Gulf."

Besides the obvious diplomatic dilemma, Pakistani authorities are also in a quandary because of their nation's economic ties with Saudi Arabia, Qatar and the UAE. The Islamic country receives large revenue from the Pakistani citizens working in the Arab countries. More than 1.9 million Pakistanis live in Saudi Arabia, while the UAE hosts 1.2 million, according to government data. Qatar hosts some 115,000 Pakistani nationals.

London-based Pakistani analyst, Farooq Sulehria, says that the largest sum of Pakistan's foreign exchange comes from Saudi Arabia. "There is a mammoth work force of Pakistani laborers in the Arab countries. It would be 'suicidal' to offend the Saudis," Sulehria told DW.

Even if the Saudi-Qatari dispute gets resolved through regional and international efforts - the United States and the European Union have urged a quick resolution of the standoff - Pakistan's long-term problems in relation to the Saudi-Iranian rivalry won't go away easily. After all, Riyadh's main concern about Doha is the latter's alleged ties with terrorist groups that Saudi authorities say are promoting Tehran's geopolitical agenda in the region.

Saudi authorities have leverage over Pakistan, and they have been persistent in their demands that Islamabad assists them in the Yemeni war as well as a larger regional security alliance led by Riyadh.

Despite parliament's decision last year against becoming a party to the intensifying Saudi-Iranian conflict in the Middle East, in April Islamabad approved the appointment of Raheel Sharif, the country's former army chief, as head of the 39-member Saudi-led military coalition. Riyadh says the Muslim nations' alliance was formed to fight terrorism in the region, but experts point out that it is primarily an anti-Iran grouping. Naturally, Tehran is not part of the coalition.

The Pakistani government has sent mixed signals about Raheel Sharif's position in the alliance in the past few weeks, especially after US President Donald Trump's last month's visit to Saudi Arabia. Media reports claim that Raheel Sharif is contemplating heading back to Pakistan as a result of Washington and Riyadh's now official anti-Iran posture. But Raheel Sharif's speculated departure from Saudi Arabia is as much shrouded in mystery and secrecy as was his decision to join the Saudi-led alliance. 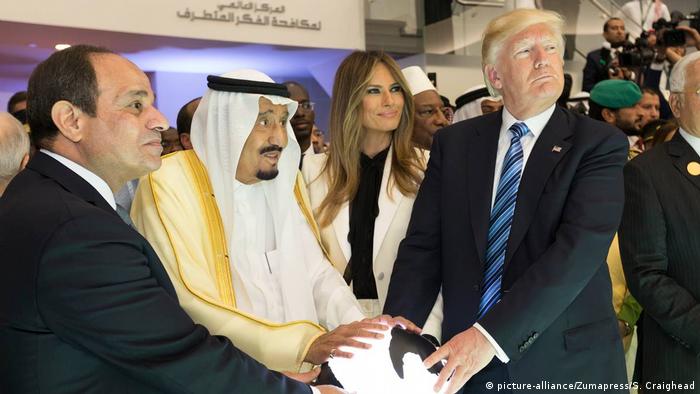 "Pakistani armed forces are already part of the Saudi military alliance. This gives Islamabad an opportunity to mediate in the crisis. But it has to be very careful," analyst Javed said, adding that Pakistan could not afford a prolonged Gulf crisis.

Security analyst Sabir Karbalai suggests Islamabad should take the issue to the Organization of Islamic Cooperation (OIC), a 57-member forum of Muslim-majority nations.

"If Pakistan can't leave the Saudi alliance, it should put its activities on hold and together with Turkey try to resolve the dispute between Riyadh and Doha," Karbalai told DW.

But it's probably easier said than done. With Saudi Arabia-US alliance stronger than ever after Trump's coming to power in the US, Pakistan cannot afford to cozy up with Iran. In the rapidly changing geopolitical milieu, Islamabad has aligned itself by forging closer ties with China and Russia, but it cannot afford to go all the way against Washington and Riyadh.

Pakistan's intelligentsia and civil society have advised PM Sharif to remain neutral in the Gulf crisis as Islamabad's support to Saudi Arabia could also increase the Sunni-Shiite tension in the South Asian country. Analysts believe that Pakistan's Sunni militant groups already feel emboldened by the fact that the nation's ex-army chief is linked with the Saudi security alliance.

The sectarian strife in Pakistan has been ongoing for some time now, with militant Islamist groups unleashing terror on the minority Shiite groups in many parts of the country. Most of these outfits, including the Taliban, take inspiration from the hardline Saudi-Wahabi Islamic ideology.

For Pakistan's Islamic fanatics, the country "is already a 'Sunni Wall' against Shiite Iran," Siegfried O. Wolf, director of research at the Brussels-based South Asia Democratic Forum (SADF), told DW in an interview.

Experts say that while Pakistan will try to demonstrate its neutrality in the Saudi-Iran regional rivalry, in practice and in terms of policies, its closeness to Riyadh and the hardline Sunni ideology will remain intact. But domestically, this will plunge Pakistan into a bigger security crisis than it is already in.

Once allies, Saudi Arabia and the Taliban have been divided by war, betrayal, and 9/11. As Afghanistan changes and Middle East relations shift, the two won't rekindle ties, but another nation is looking closely at Kabul.

Besides boosting the morale of extremist groups who want the US out of the region, this week's events in Afghanistan could reignite conflict between old neighborhood rivals.