Opinion: Germany needs to invest in nature to defend against floods 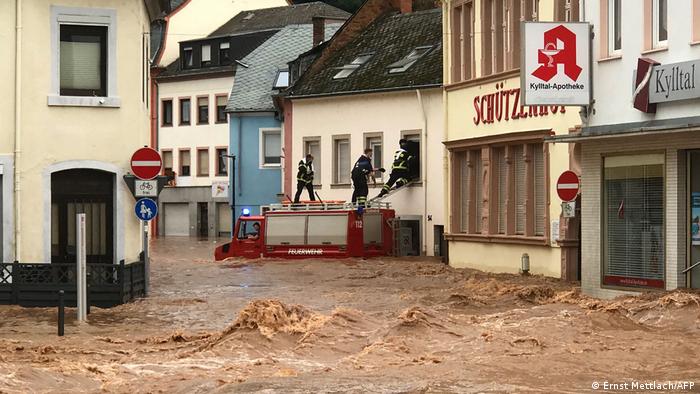 One evening in mid-July 2021, close to the German-Belgian border, the tiny River Kyll transformed into a violent torrent.

Its placid summer trickle, routinely measured at a fraction of one cubic meter (35 cubic feet) per second, suddenly surged to more than 50 cubic meters per second.

Water inundated riverside towns such as Gerolstein and Kordel in Rhineland-Palatinate. Other small rivers in the region burst their banks too. It was one of the country's worst flooding disasters ever. The destruction left more than 220 people dead and cost an estimated $40 billion (€35 billion), making it the most expensive natural disaster in Germany to date.

Many blamed the climate crisis for the record rains that filled the rivers flowing out of the Eifel and Ardennes mountains in mid-summer. "We have to up the pace in the fight against climate change," said then Chancellor Angela Merkel, as she toured the devastation.

Merkel was right. The downpour was unprecedented. But there was another hidden contributor to the floods. Changes in land use across Europe are destroying natural sponges such as wetlands, rough grasslands, and forests. Their capacity to absorb heavy rains is being lost, resulting in rain racing downstream through drainage channels and across hard surfaces and bare soil into rivers.

That is why, within a couple of hours last July, the tiny Kyll went from a quiet backwater to a raging flood. 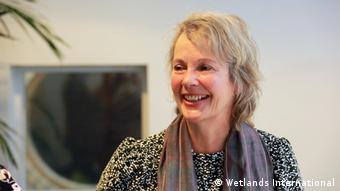 Germany has set aside €30 billion ($34 billion) to repair the damage caused by that night of floods. But without repairs to the continent's forgotten upland sponges, there will be many more such nights.

Once, upland ecosystems stored large volumes of water from heavy rain, releasing it into rivers gradually over days and weeks. But drainage for agriculture and commercial forestry, the reclamation of wetlands and construction of buildings and impermeable surfaces such as asphalt has radically diminished the absorption capacity of these sponges.

The land in the upper reaches of the river Kyll in the Eifel mountains is typical. It has been extensively drained. Dutch hydrologists at Bureau Stroming found that the areas furthest upstream contributed disproportionately to the volume of floodwater sent downstream last July. 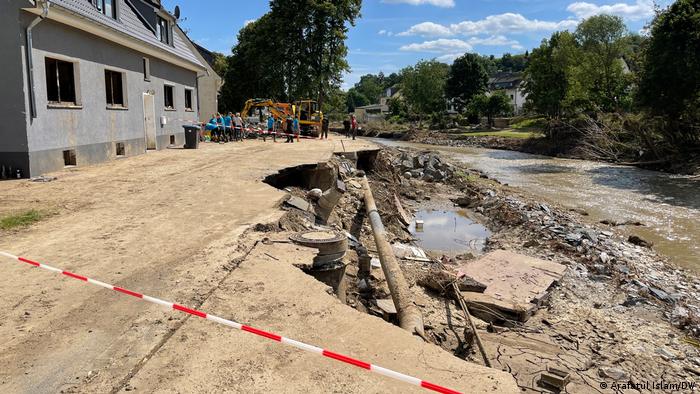 Surfaces like asphalt and concrete can worsen the impact of flooding

Even roads contributed. When country lanes flood, they fast-track water into rivers. "Roads seem to be THE drainage systems during intense summer rain events," the hydrologists concluded.

It is now two decades since dramatic floods on the Elbe caused Germany's then environment minister Jürgen Trittin to promise to "give our rivers more room again; otherwise they will take it themselves."

But efforts have concentrated on reinstating natural floodplains on the lower reaches of big rivers. Crucial upland sponges have been largely forgotten in river basin plans, such as the Rhine 2040 program that aims to create a sustainably managed catchment area that is resilient to the effects of climate change. That must change.

The solution to flooding lies not in pouring concrete in a vain attempt to keep rivers within their banks, but in blocking drains, reducing intensive cropping, restoring soils and wetlands, and reconnecting rivers with their floodplains. 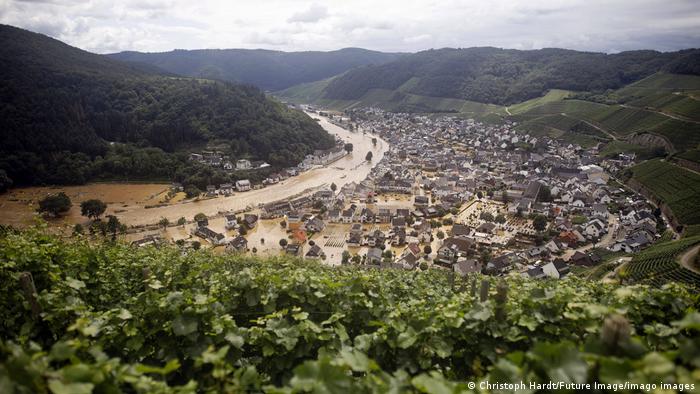 The land around the Eifel has been extensively drained, making it more vulnerable to flooding

The Stroming study estimates that restoring half of the sponges along the upper Kyll could reduce peak discharges into the river by up to 35% — enough to prevent the devastation seen in towns like Gerolstein and Kordel. And this would moderate river levels all the way to the ocean. We at Wetlands International estimate that restoring the sponges in the uplands that drain into rivers could reduce maximum river flows across 125,000 square kilometers (48,000 square miles) of Germany, France, Belgium and Luxembourg.

There would be other benefits, too. Restored sponges and wetlands protect biodiversity, capture carbon, and stay wet for longer, maintaining river flows during droughts.

Globally wetlands are being lost at alarming rates. With 35% lost globally in the last 50 years, wetlands are our most threatened ecosystem, disappearing three times faster than forests. Wetlands protect communities against the impact of climate change and their degradation puts human lives at risk.

So yes, of course we need to fight climate change. But extreme meteorological events don't have to turn into extreme flooding events. As we work to fix the climate, we must fix the landscape too.

Jane Madgwick is an ecologist and conservationist heading Wetlands International. The organization works in more than 100 countries in restoring and safeguarding wetlands while supporting sustainable development and community approaches.

Mexico: Journalist shot to death in latest attack on media workers 3h ago

WHO: Pregnant women and children vulnerable to monkeypox 9h ago