How wetlands are linked to our climate | Environment | All topics from climate change to conservation | DW | 02.02.2021

How wetlands are linked to our climate

Bogs, ponds and peatlands don't get the attention they deserve. Yet they could help us save the climate — and ourselves. 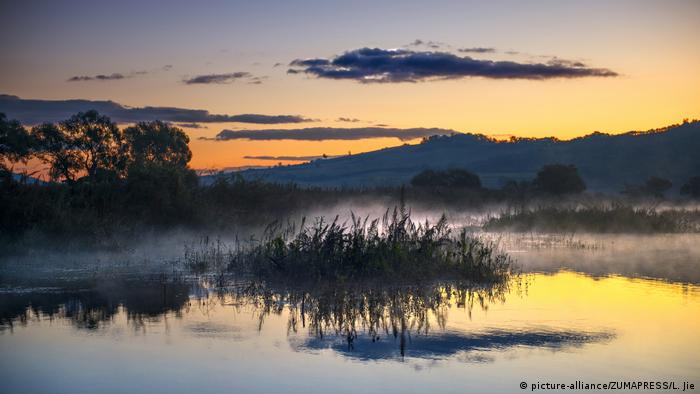 Why should we care about wetlands?

Although wetlands cover less than 4% of the Earth's surface, 40% of all animal species live or reproduce in them. One-third of all organic matter on our planet is stored in places like the gigantic Pantanal wetland in western Brazil, the Sudd floodplain in southern Sudan or the Wasjugan Marsh in western Siberia.

Wetlands filter, store and supply the planet with water and food — more than a billion people worldwide depend on them for sustenance.

They also play a key role in regulating the planet's climate, according to James Dalton of the International Union for Conservation of Nature (IUCN), an umbrella organization of numerous international governmental and non-governmental organizations.

Globally, peatlands and peat soils store twice as much carbon as the total biomass of all the world's forests combined. 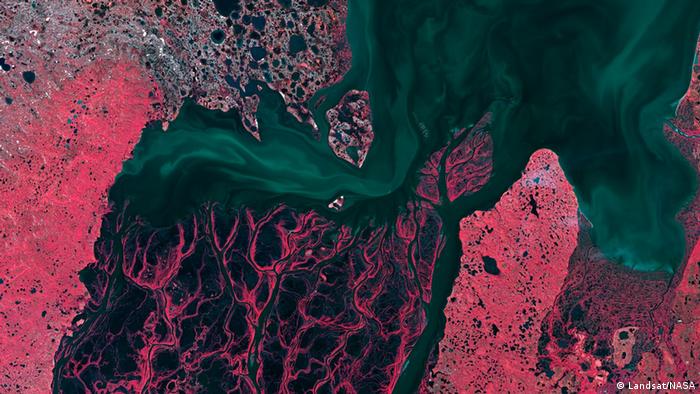 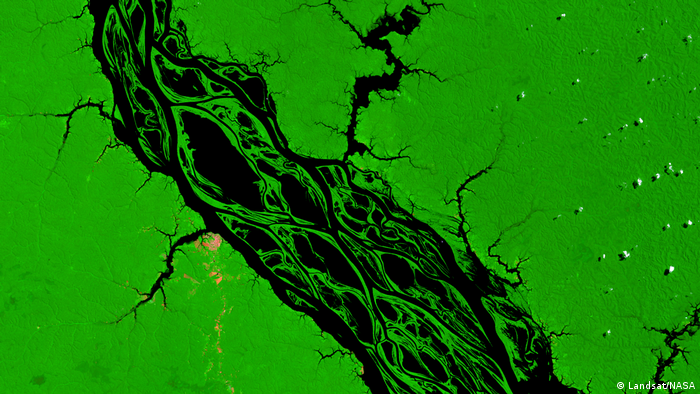 From storing CO2 to releasing it

Dams, groundwater usage, increasing water pollution, and industrial and agricultural production have reduced wetlands worldwide by 35% since 1970. Latin America tops the table with an estimated 60% of areas destroyed — not including losses in the Orinoco River region of Colombia and Venezuela and the Amazon. In Asian countries about a third of all wetlands have been destroyed and in Africa more than 40% have been lost.

The biggest contributor to rising water stress worldwide is agriculture. According to World Bank figures, 70% of the annual drinking water demand flows into agriculture. Much of the water is used to raise livestock and grow livestock feed, such as soybeans. 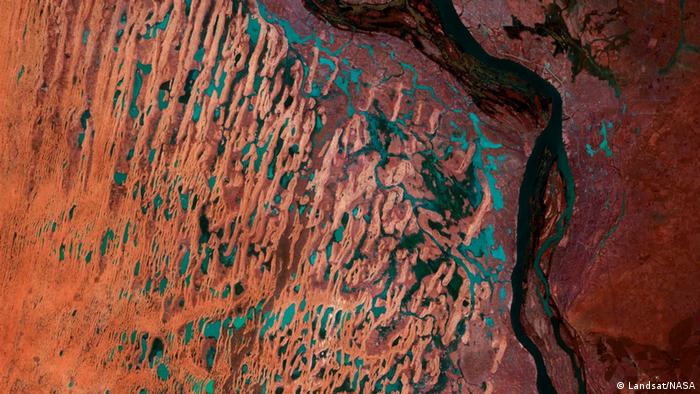 The White Nile is one of the two main tributaries of the Nile, and one of the lifelines in the region

The draining of areas for peat extraction is doubly damaging to the climate. Not only is CO2 storage capacity destroyed but, "When you drain these lands, you also release the gases that are stored in these areas," Dalton warned.  That includes methane, a gas that is particularly harmful to the climate.

As temperatures rise and wetlands dry out, they can go from vast greenhouse gas stores to greenhouse gas sources. When they are still wet, they store carbon. But if they dry, decomposition of the biological material begins. This process releases carbon. This is also true of permafrost soils in Antarctica and Canada. As temperatures rise, the melting accelerates. Their disappearance would release about as much CO2 as if the United States continued burning fossil fuel at the current annual rate until 2100. Record temperatures in Siberia last year also caused huge fires on peat soils. Burning peat releases 10 to 100 times more CO2 than burning trees.

Climate change is rendering environmental disasters such as storms and floods more severe. Wetlands such as mangrove forests and salt marshes and swamps near the coast can help counteract this. Shrinking mangrove forests, such as here in Florida, pose a danger to more than just the coasts

Researchers at the University of California at Santa Cruz calculated that salt marshes and swamps reduced the damage to homes from Hurricane Sandy on the US East Coast in 2012 by a total of $625 million (€514 million). In some places, damage was averted by as much as 70%. The reason: Wetlands reduce the force of the waves. Aside from the ecological contribution, "that's the value of our wetlands today — and that's why we need to invest in better protection and make sure they're protected," said Siddharth Narayan, one of the study's authors. "If they are lost, the damage we see will increase." 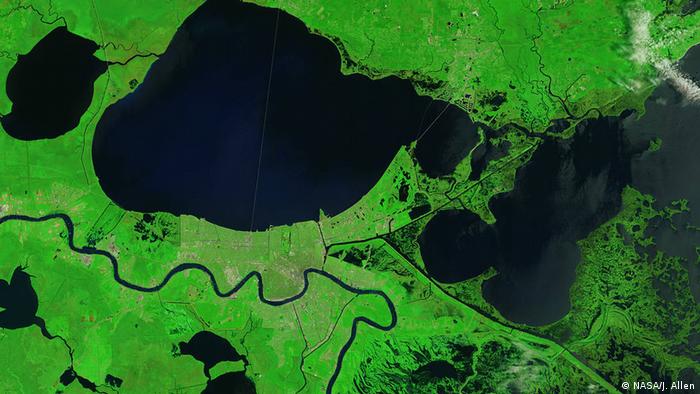 Can lost wetlands be restored?

The process of restoring destroyed wetlands is long and costly.

After almost 10 years, some 600 hectares (148 acres) of salt marshes and parts of a natural lagoon in the east of the UK were restored in 2018. More than 500 years ago, people drained the area for agriculture, largely destroying the natural wetland. Aside from providing a natural habitat for countless plants and animals, the wetland eases the pressure on the water conservation dams. The value to coastal protection alone is estimated at a billion pounds.

"Of course, restoration will be needed in many places. But if we can protect what we have for now, I think we should focus on that," Narayan said.

"We can't replicate these systems," added the IUCN's Dalton. The irony, he said, is that we are de facto destroying some of the most efficient systems for achieving climate and biodiversity goals. Peaty forests in the Congo, the Amazon, Indonesia and Siberia, and mangrove forests urgently require better protection, Dalton said. To date, less than one-fifth of the world's wetlands, covering an area the size of Mexico, are protected. The majority of this area is in Africa, Latin America and the Caribbean.

This article was adapted from German by Neil King.

As yearly floods increase in severity, residents are increasingly struggling to rebuild their homes.