Displacement and extinctions have sparked fury at large dams, but many see them as vital for clean energy and water. 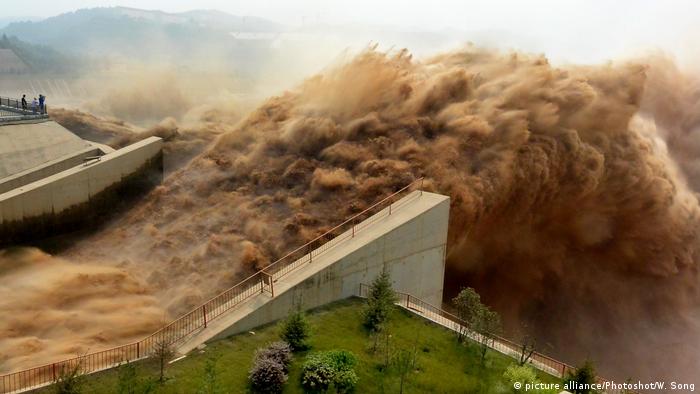 They have wiped out entire species, displaced indigenous groups and raised tensions between nations that may yet burst into war, but dams are being built in their thousands across the Global South.

According to datasets published by Global Dam Watch earlier this month, of the 3700 large-scale projects currently planned or under construction worldwide, 2863 are in Asia, Africa or South America.

Environmentalists fear the push for economic growth and clean energy will hit marginalized communities and biodiversity.

"If you look where they are building these dams… China and Brazil are [going] crazy," said Kaveh Madani, an environmental scientist at Yale University and former senior official in Iran's environment department. "Countries that are in this phase of development want to prove they can stand on their own feet."

Collectively, China and Brazil added 12.5 Gigawatts of power capacity through hydropower dams in 2017, driving more than half the global gain that year, data from the International Hydropower Association shows.

In Africa, which generated an additional 1.9 Gigawatts in the same period, six countries now rely on dams for over 90 percent of their electricity production.

Supporters of the construction boom say dams are needed to provide cheap, clean power — aiding the transition away from fossil fuels — and manage dwindling water supplies.

Critics, however, point to a sullied human rights record that has displaced millions, dealt a deadly blow to biodiversity and left many low- and middle-income nations arguing fiercely over access to rivers vital to their prosperity.

"Dams are symbols of power," Madani told DW. "In the developing world, water is tied to the economy."

When a river is dammed, water floods the land around it. This can be released to spin a turbine and generate electricity, piped to cities for drinking or used to irrigate fields for growing crops.

For decades, the World Bank was instrumental in financing large damming projects in low- and middle-income countries. Many recipients of the loans saw dam building as an opportunity for job creation.

But in 1993, the Bank pulled funding from a large project planned on the Narmada River in India. The social and environmental costs of the initiative — including to locals who pledged to drown in their villages rather than be resettled — had led to a global backlash.

"Narmada dam was a watershed time in the opposition to dams," said Esha Shah, assistant professor at the Water Resources Management Group at the University of Wageningen.

"Not just for the local protest movement but also for international NGOs who pressured the World Bank to withdraw investment from these large dams." 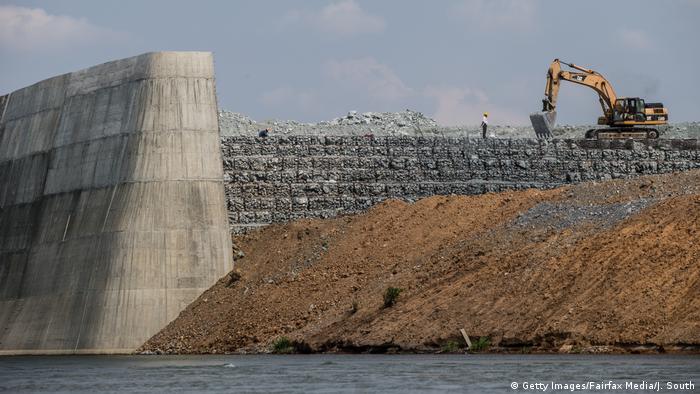 The Sesan 2 dam being built in Cambodia

Since then, the World Bank has slowed funding of such projects, and introduced stricter impact assessments that account for costs to biodiversity and displaced peoples.

"The World Bank fully recognizes the social, environmental and economic impacts that large dams and hydropower projects can have,"  Pravin Karki, Global Lead for Hydropower at the World Bank, wrote in an email statement.

"[This] is why we are highly selective in the projects we support," he said. "Such projects must make economic sense, support existing national energy and development plans, have the support of the government and local communities, and can be developed in line with our stringent social and environmental safeguards."

With construction costs sometimes running into billions of dollars, dams can typically only be built in lower-income countries with external loans. Some environmentalists fear the World Bank's retreat has led states with less regard for human and ecological rights to seek out alternative sources of funding.

"With the entry of private capital, the World Bank is no longer the only actor giving funding for building dams," Shah said, adding that dams funded by China and India have "quite radically changed the scenario," because they do not require the same standards of environmental impact assessments.

Displacement, which can be violent, has caused friction with governments. Inadequate compensation for displaced people has become a major source of contention in recent projects along major rivers, such as the Mekong, in South-East Asia, and Xingu, in Brazil.

"In almost all cases [damming rivers] results in displacing a marginalized community, such as fishermen, herders, agriculturalists who follow subsistence farming and tribal people," Shah said. "Their sources of income and livelihood are the first to be affected."

"Often what we called compensation is… a paltry sum of money," she added.

Existing water tensions are predicted to worsen because of climate change, particularly in regions where dam building has boomed.

In Turkey, the damming of the Tigris river will flood the 12,000-year-old town of Hasankeyf and limit water supply in neighbouring Iraq, which is heavily dependent on the water for its agriculture.

Temperatures in the Middle East are projected to rise faster than the global average, experts predict, making the region a timebomb for water-related conflicts. 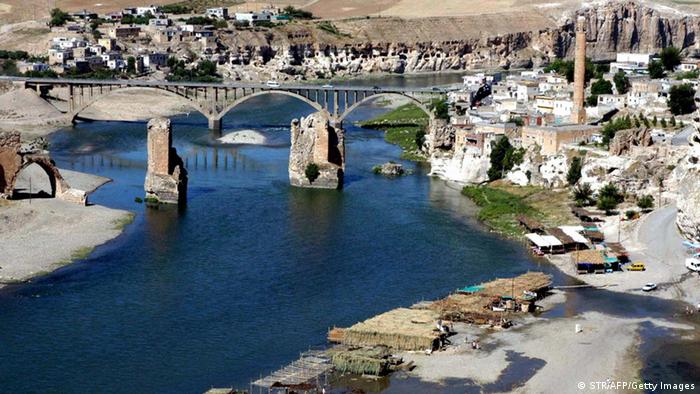 Even within countries, tensions over water can be exacerbated by building on rivers.

Because dams are designed according to historic rainfall data, lower levels of precipitation will leave many reservoirs only partially full.

"You can compare it with credit cards that you can't pay off later on," Madani said. If people are promised water from a dam that doesn't appear, "we will not be able to pay off these credit cards."

"We will be bankrupt — and in many basins we see this already," the Iranian environmental scientist added.

But hydropower is still the largest source of renewable electricity generation. The International Hydropower Association claims global emissions from fossil fuels would have been at least 10 percent higher in 2017 if hydropower had been replaced with burning coal. Because of their low carbon footprint, hydropower dams are often hailed as a clean source of energy.

"People are often surprised when I tell them hydropower is not just green," said Christiane Zarfl, a professor at the University of Tübingen who worked on the Global Dam Watch database. Studies show several harmful ecological effects of dam-building that include loss of biodiversity, sedimentation of rivers and loss of forest and wetlands.

"We have to think about how to implement [hydropower] to reduce these adverse effects on society and the environment," said Zarfl. "It's not black and white."

Across the world, climate change is sparking conflict as people struggle over dwindling resources. The fight over water could quickly escalate between India and Pakistan — and both have nuclear arms. (25.01.2019)